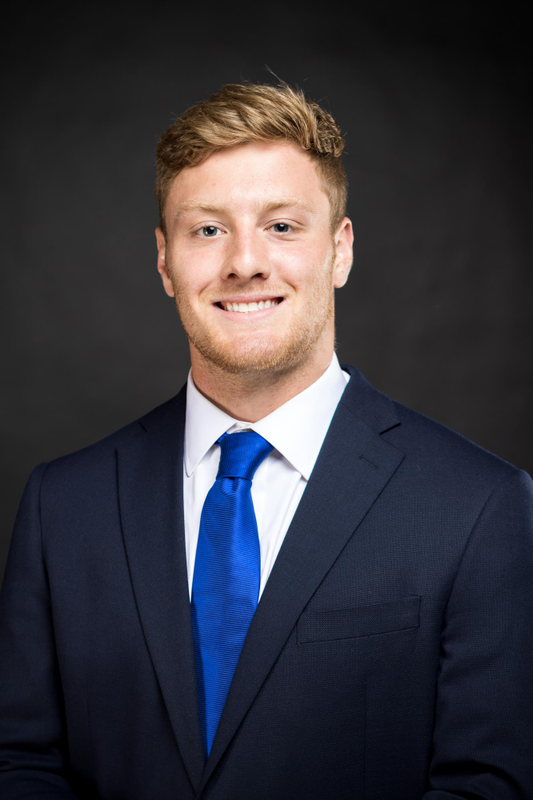 2020 – Sophomore (Penn State)
• Played in eight games with one starting assignment
• Completed 33-of-55 passes for 421 yards and a score
• On the ground, had 82 rushes for 260 yards and three touchdowns
• Completed 14-of-31 passes for a career-high 219 yards, including a 74-yard completion in his first starting assignment of the season vs. Iowa
• At Michigan, rushed for 25 yards on six carries and had a two-yard rushing TD, helping the Nittany Lions win 27-17 in “The Big House”

High School
• Three-year letter winner for head coach Andy Guyon at Xavier High School in his hometown of Madison, Connecticut
• As a senior captain, earned second-team Walter Camp All-Connecticut honors
• Selected to the Connecticut High School Coaches Association (CHSCA) Top 25 list, after breaking Xavier’s records for passing yards (2,793), passing touchdowns (27) and completions in a season
• Named the Hartford Courant’s Offensive POY
• All-Courant first-team selection
• Earned All-Southern Connecticut Conference (SCC) Tier 1 accolades
• SPARQ MVP for The Opening Elite 11 event in New Jersey in 2017
• Registered 1,972 passing yards with 19 passing touchdowns and six rushing touchdowns as a junior
• Carried a 4.0 grade-point average during his prep career, winning the Brother Celestine Academic Award
• Also chosen as an All-SCC Tier 1 academic athlete in 2017
• Member of the National Honor Society and was a Ryken Scholar
• Three-star recruit by all three major recruiting outlets – 247Sports, ESPN and Rivals
• Ranked as the No. 2 player in Connecticut and No. 24 pro-style quarterback by 247Sports, was the No. 35 pro-style quarterback, No. 2 recruit in Connecticut and No. 61 prospect in the region by ESPN and the No. 30 pro-style quarterback and No. 2 player in Connecticut by Rivals
• Also lettered in baseball at Xavier

Community Cats
• Volunteer counselor at numerous camps throughout the summer, including the Manning Passing Academy and the Chris Oats Camp (2022)
• Set up a Cameo campaign to raise money for flood victims in eastern Kentucky (2022)
• Volunteered with Amachi, an organization that aims to assist children affected by incarceration (2022)
• Organized an autograph signing with fellow teammates to raise money for tornado victims in western Kentucky (2021)
• Volunteered with My New Kentucky Home for a Special Olympics event (2021)

Personal
• Born in Newton, Massachusetts
• Son of Michael and Beth Levis
• Siblings are Kelley, Jillian and Claire
• Comes from a family of athletes as his great-grandfather, Alva Kelley, was an All-America football player at Cornell University and won a
National Championship in 1939 … Went on to be the head football coach at Colgate University, Hobart College and Brown University … Father, Mike, was a tight end at Denison University … Mother, Beth Kelley Levis, was two-time All-America soccer player at Yale and has been inducted into the Connecticut Girls’ Soccer Association Hall of Fame… Uncle, David Kelley, also was an Academic All-America football player at Yale
• Graduated in May of 2021 from Penn State’s Smeal College of Business in three years with a degree in finance … Currently working on a master’s degree in finance
UK’s Gatton School of Business and on School of Business and Economics

Will Says
• Besides playing football, he also is a great singer, maybe the Big Blue Nation will hear him one day
• His sports hero is Tom Brady because growing up in the northeast, he was a perfect example on how to handle himself on and off the fi eld – the ultimate competitor who will do anything to win
• The best advice he has ever received is “never give up.” His grandfather used to end every sentence he ever had with him with those words and it took him a while to realize how meaningful they are, but now uses it as his personal mantra
• The craziest thing he’s ever done is a flying trapeze and he’s well-versed in a few tricks
• He speaks English, a good bit of Spanish, and ‘ong’ language

Will Levis Named to Davey O’Brien QB Class of 2022

Kentucky Offense Looking for a Boost This Week

Levis Ready to Thrive in Year Two at UK

BBNIL One Year In: UK Athletics Leading in the NIL Space

Will Levis Poised to Take “Next-Level” Steps in 2022

Will Levis Named Walter Camp Connecticut Player of the Year

Will Levis Named The Manning Award Quarterback of the Week

Will Levis Named to Davey O’Brien QB Class of 2021

Will Levis Selected The Manning Award Quarterback of the Week