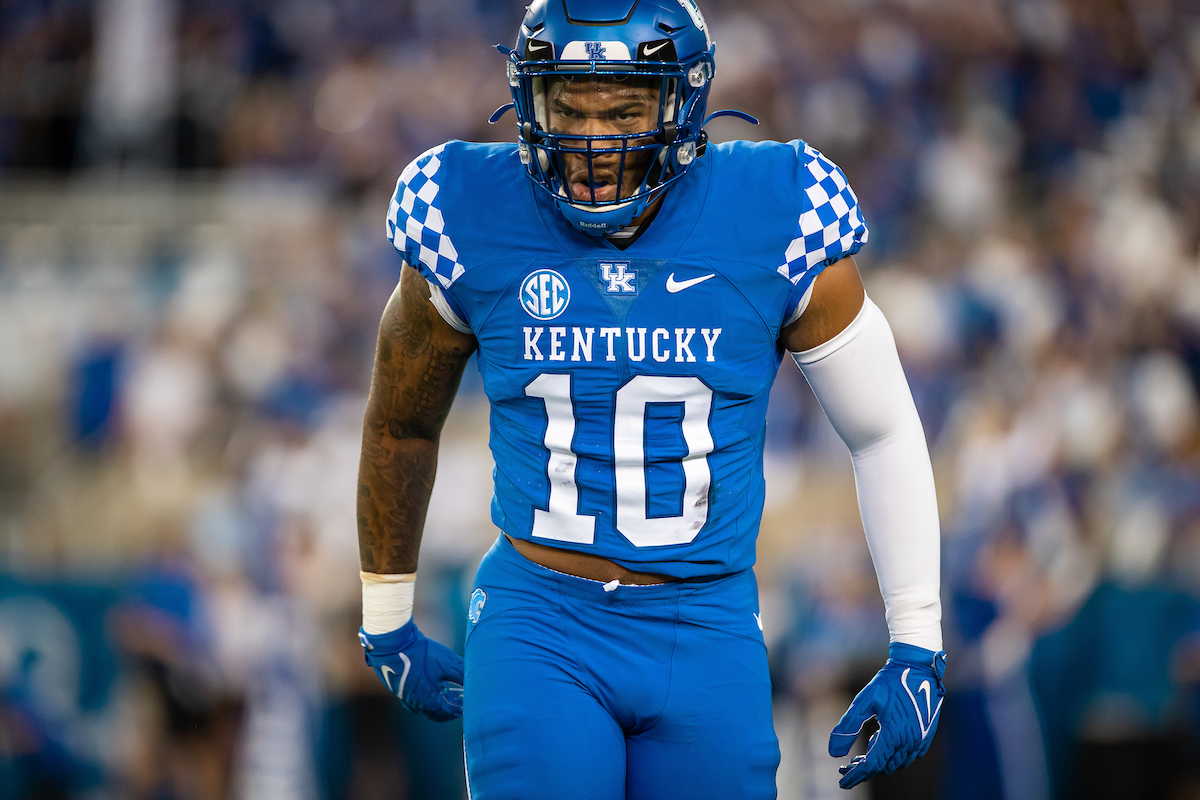 Kentucky placed 10 players on the watch list for the Reese’s Senior Bowl, it was announced Wednesday.

The 74th annual game is scheduled to take place February 4, 2023 at Hancock Whitney Stadium at the University of South Alabama in Mobile, Alabama. Game time is slated for 2:30 p.m. ET on the NFL Network.

Bates, a native of Cincinnati, Ohio, has played in 34 career games and returns to the tight end room after a breakthrough junior season in 2021. He earned his first career start last season, playing in all 13 games and starting six of those. In his first career start, he scored his first touchdown after hauling in a four-yard catch in the season opener against ULM. The 6-5, 265-pound tight end also had a season-high two receptions at No. 1 Georgia and against border rival Tennessee.

Jones joined UK from Ole Miss before the 2021 campaign and led the team with 86 total tackles. He had 3.5 tackles for loss, a game-sealing pass breakup vs. Florida, one fumble recovery and one forced fumble.

Manning, who has spent the last five seasons with the Auburn Tigers, adds a ton of experience to the “Big Blue Wall.” The Apopka, Florida, native is a 6-4, 330-pound offensive lineman who has played in 30 games and has made 14 starts in the Southeastern Conference. As a senior in 2021, Manning was graded as the team’s best run blocker by Pro Football Focus, where he saw action in 12 of Auburn’s 13 games, including earning three starts against Mississippi State, South Carolina and Auburn. The year before that, he started in all 11 of the Tigers’ games.

Manning graduated from Auburn in December of 2020 with an interdisciplinary studies degree emphasizing business, leadership and sports coaching. He is currently working on a second degree in sport, fitness and recreation management.

Rodriguez, a product of McDonough, Georgia, is the SEC’s leading returning rusher. In 2021, he averaged 106.1 yards per game, ranking 12th nationally and second in the SEC. His 1,379 rushing yards ranks fifth on UK’s single-season list and he became the 10th player in school history to rush for 1,000 yards in a season. It’s the 14th total time a Wildcat has accomplished that feat. He had nine 100-yard rushing games last season, a school record. He also had 13 receptions for 61 yards and three touchdowns.

Levis, of Madison, Connecticut, is entering his second year as the starter at quarterback. He had an impressive debut season for the Wildcats after transferring from Penn State in 2021. In 13 games, he threw for 2,827 yards and 24 scores, while rushing for 376 net yards and nine touchdowns. His 24 TD passes were the most since Andre’ Woodson had 40 in 2007. He totaled 3,203 yards of total offense, the seventh player in school history to reach 3,000 yards of total offense in a season.

Robinson comes to the Bluegrass after three seasons and 36 games at Virginia Tech. He compiled 113 receptions for 1,555 yards and nine touchdowns (eight receiving, one punt return TD) in his career as a Hokie.

Square (49 career games, 35 career starts) was UK’s third-leading tackler in 2021 with 80 tackles, including 9.5 tackles for loss and 3.0 sacks. He also had three quarterback hurries. Square hauled in the game-clinching interception in the Vrbo Citrus Bowl vs. Iowa.

Upshaw, another familiar face in Kentucky’s tight end room, will at last return to the field after missing action last season due to injury. A 6-foot-6, 246-pound product out of Lima, Ohio, is back for his senior season in 2022, with 24 career games and six career starts under his belt. The last time he suited up for the Wildcats, he played in all 11 games and made four starts in 2020, totaling 16 catches for 193 yards and three scores.

Upshaw graduated from Kentucky in May 2022, earning a degree in community and leadership development. He is currently working on a second degree in health promotion.

On the other side of the ball, Wright, an outside linebacker from Fort Lauderdale, Florida, joins his teammates on the Reese’s Senior Bowl Watch List. Like Manning, he brings a ton of experience to the team, electing to return to Kentucky for his sixth season. Wright, a 6-5, 231-pound super senior, has played in 42 career games with 12 career starting assignments. In that time, he has combined for 106 tackles, including 15.5 tackles for loss and a team-high 7.5 sacks. He is also credited with 12 pass breakups, six quarterback hurries and four forced fumbles and fumble recoveries overall at Kentucky. He returns to the OLB group after an impressive conclusion to his senior season, which featured a career-high 10 tackles in Kentucky’s fourth straight bowl win against Iowa in the 2022 Vrbo Citrus Bowl.

Wright earned a degree in community and leadership development in December 2021, and he is currently working toward a second degree in kinesiology.

Kentucky opens the 2022 season Saturday, Sept. 3 against Miami University at Kroger Field. Game time is 7 p.m. ET and broadcast live on the ESPN+/SEC Network +. It will also be aired on the UK Sports Network with Tom Leach, Jeff Piecoro and Dick Gabriel calling the action.