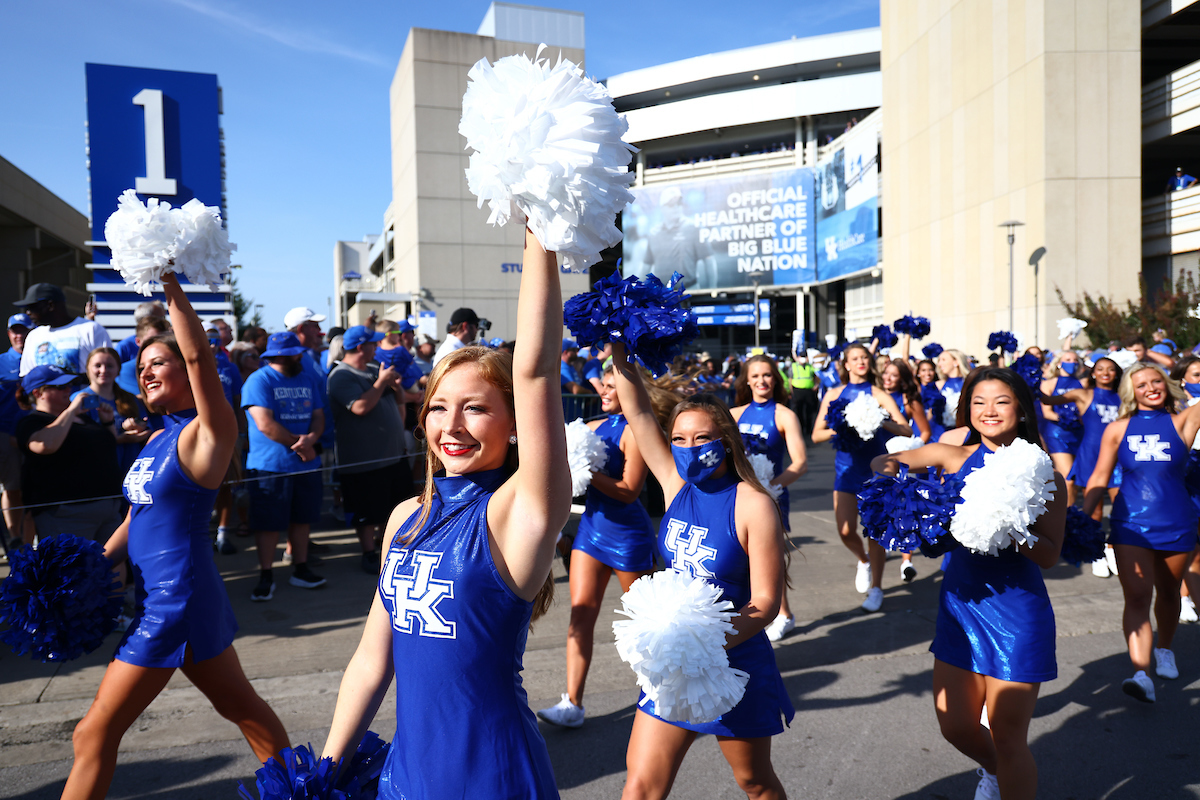 The Blue and White

The University of Kentucky adopted blue and white as its official colors in 1892. Originally, however, UK students had decided on blue and light yellow prior to the Kentucky-Centre College football game on December 19, 1891.

The shade of blue, which is close to a royal blue, was chosen when a student asked the question, “What color blue?” At the time, Richard C. Stoll (who lettered in football at UK in 1889-94) pulled off his necktie and held it up. The students then adopted that particular shade of blue.

The official nickname for the University of Kentucky’s athletics teams is “Wildcats.” The nickname became synonymous with UK shortly after a 6-2 football victory over Illinois on Oct. 9, 1909, on the road.

Commandant Carbusier, then head of the military department at old State University, told a group of students in a chapel service following the game that the Kentucky football team had “fought like Wildcats.”

Later the name Wildcats became more and more popular among UK followers as well as with members of the media. As a result, the nickname was adopted by the University.

On, on, U of K, we are right for the fight today,
Hold that ball and hit that line;
Ev’ry Wildcat star will shine;
We’ll fight, fight, fight, for the blue and white
As we roll to that goal, Varsity,
And we’ll kick, pass and run, ’til the battle is won,
And we’ll bring home the victory.

The sun shines bright on my old Kentucky home,
‘Tis summer, the people are gay;
The corntop’s ripe and the meadows in the bloom,
While the birds make music all the day.
The young folks roll on the little cabin floor,
All merry, all happy, and bright;
By-n-by hard times come a-knocking at the door,
Then, my old Kentucky home, good-night!

Hail Kentucky, Alma Mater!
Loyal sons and daughters sing;
Sound her praise with voice united;
To the breeze her colors fling.
To the blue and white be true;
Badge triumphant age on age;
Blue, the sky that o’er us bends;
White, Kentucky’s stainless page.