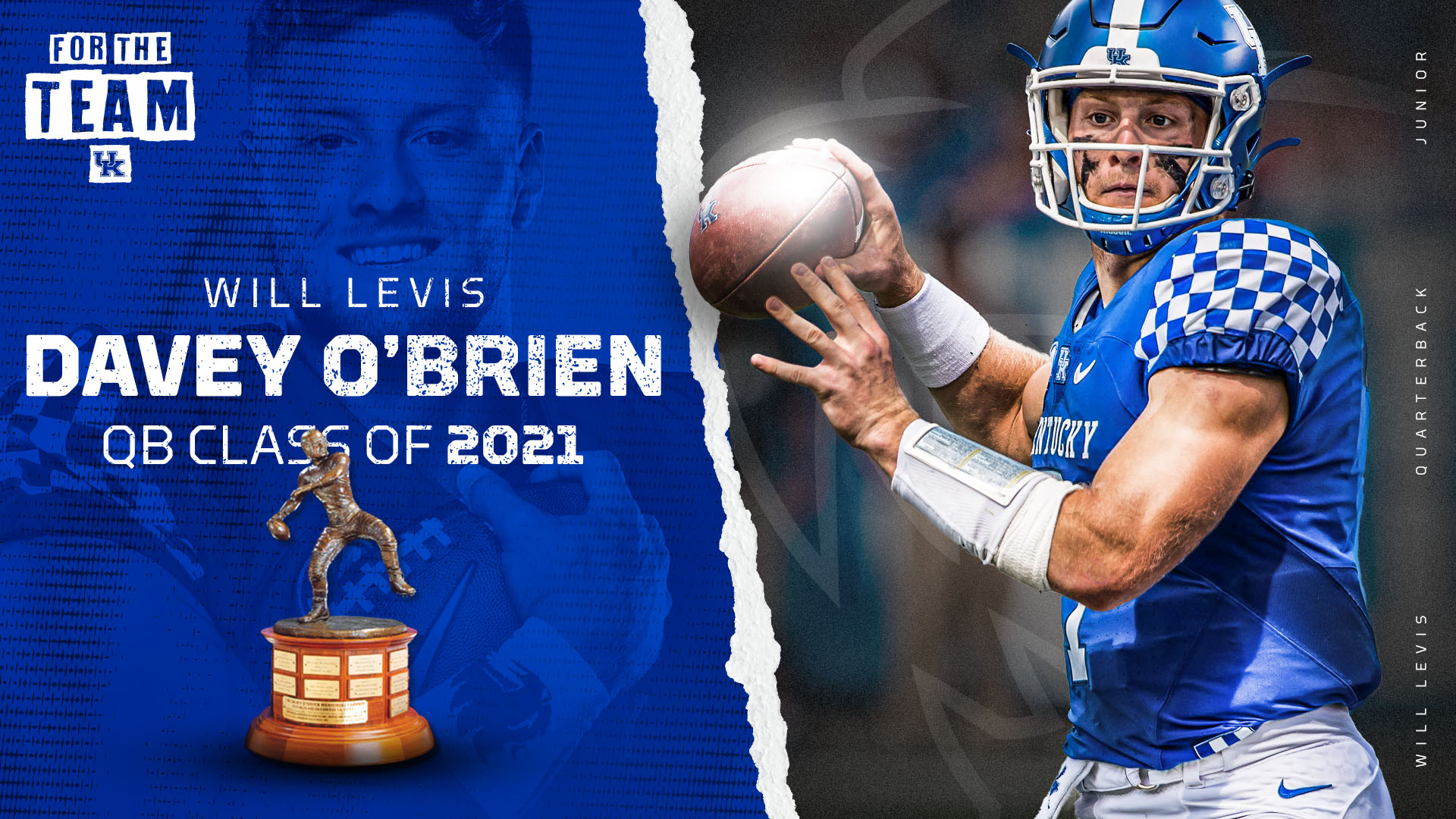 Will Levis Named to Davey O’Brien QB Class of 2021

Junior quarterback Will Levis has been named to the official Davey O’Brien QB Class of 2021, it was announced today. He is now eligible to be voted on by fans to become one of 16 semifinalists for the Davey O’Brien National Quarterback Award.

For the second straight year, voting will take place on @DaveyOBrien Instagram, Twitter and Facebook accounts. The top five vote getters on each of the three social media platforms will receive bonus committee votes which will be added to the ballots cast by the National Selection Committee.

To participate in the Fan Vote, fans must “like” the original post highlighting their favorite quarterback on the official @DaveyOBrien social media channels. Each round of the selection process (semifinalist, finalist and winner) will offer two one-week voting periods. A full breakdown of the Davey O’Brien Award season timeline is below.

Levis, a 6-foot-3, 232-pound quarterback from Madison, Connecticut, has started in all seven games for the Wildcats, helping lead UK to a No. 12 national ranking and a 6-1 overall record, including a 4-1 mark in league play. The Wildcats are also bowl-eligible for a school record sixth-straight season. His pass efficiency rating of 147.6 rating points is the highest for a UK starting quarterback since Andre’ Woodson in the 2006 season. He currently ranks seventh in the SEC in passing touchdowns (13) and is 10th in passing yards per game (189.4) and total offense (214.4 yards per game).

After a much-needed bye week, Kentucky hits the road again Saturday, Oct. 30 to take on Mississippi State in Starkville, Mississippi. Kickoff at Davis Wade Stadium is set for 7 p.m. EDT on SEC Network and the UK Sports Radio Network.