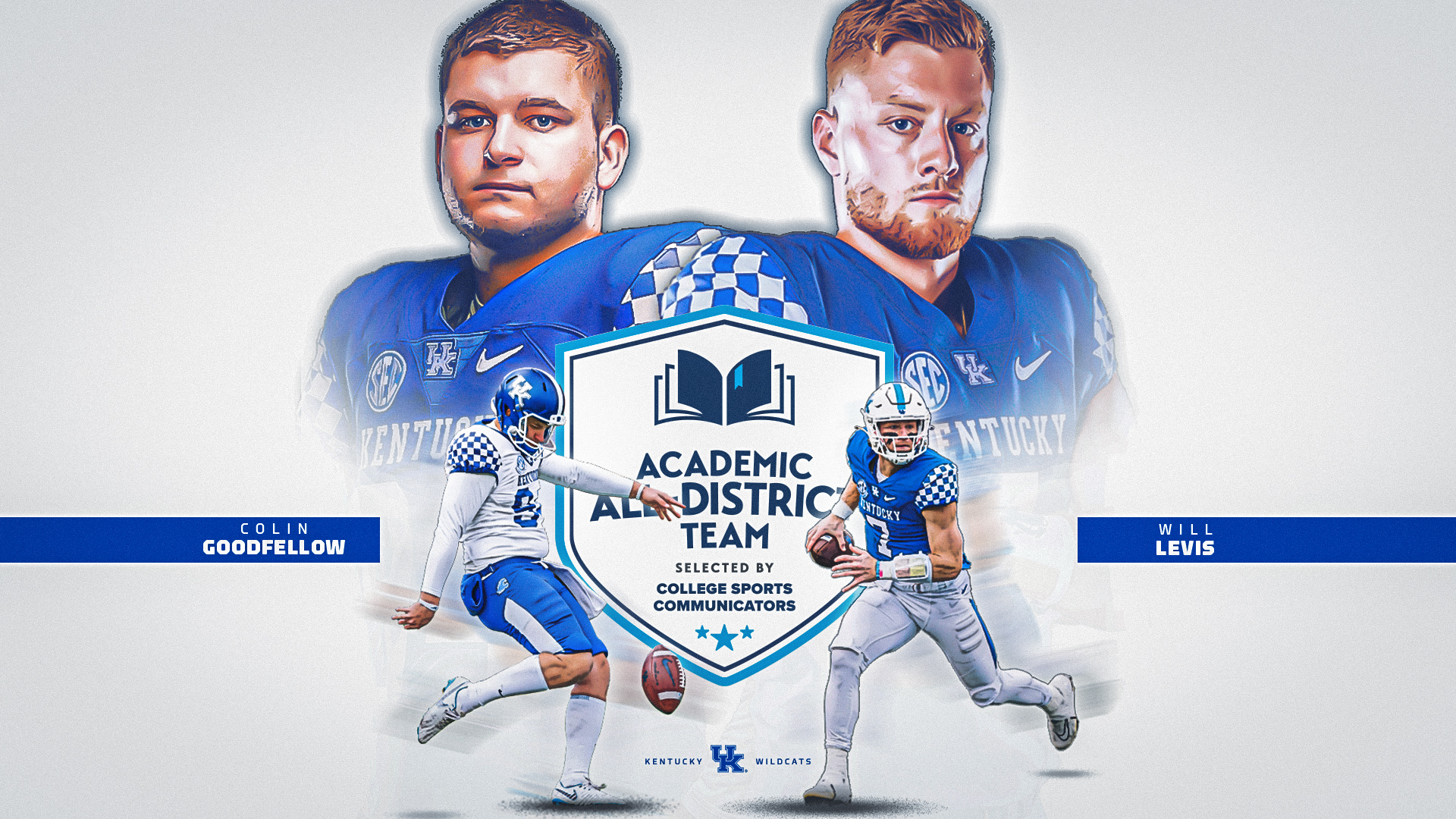 Senior quarterback Will Levis and senior punter Colin Goodfellow have been named to the 2022 Academic All-District® Football Team, selected by the College Sports Communicators, it was announced today. The award recognizes the nation’s top student-athletes for their combined performances on the field and in the classroom.

First- and second-team Academic All-America® honorees will be announced in late December.

In May of 2021, Levis, of Madison, Connecticut, graduated from Penn State’s Smeal College of Business in just three years with a degree in finance. He is currently on track to graduate in December of 2022 with a master’s degree in finance from UK’s prestigious Gatton School of Business and Economics, where he holds a perfect 4.0 grade point average.

Levis also was named to the First-Year Southeastern Conference Academic Honor Roll in 2021.

On the field, Levis has engineered a 6-4 record as the starter this season, completing 174 of 264 pass attempts for 2,218 yards and 17 touchdowns. He has three 300-yard passing games and has been under center for a pair of victories over ranked opponents, at No. 12/19 Florida and vs. No. 16/17 Mississippi State.

He is on the watch lists for the Johnny Unitas Golden Arm Top 10, College Football Performance Awards National Performer of the Year Trophy, Davey O’Brien QB Class of 2022, Manning Award, Maxwell Trophy, Walter Camp Player of the Year and recently accepted an invitation to the Reese’s Senior Bowl.

For his two-year career at Kentucky, Levis has 5,045 passing yards, seventh on the school’s career chart, and 41 touchdown passes, which ranks fifth. He has won 16 games as a starter, third in Kentucky history (starting lineups available since 1993).

He was UK’s starting punter in nine games this season before sustaining a season-ending and game-saving knee injury at Missouri on Nov. 5. Prior to the injury, he had 32 punts for 1,328 yards and a 41.5 yards per punt average.  His career average of 44.3 yards per punt is third-best in school history.

Goodfellow was a semifinalist for the Campbell Trophy, the premier scholar-athlete award and was on the watch list for the Ray Guy Award, given to the nation’s top punter. 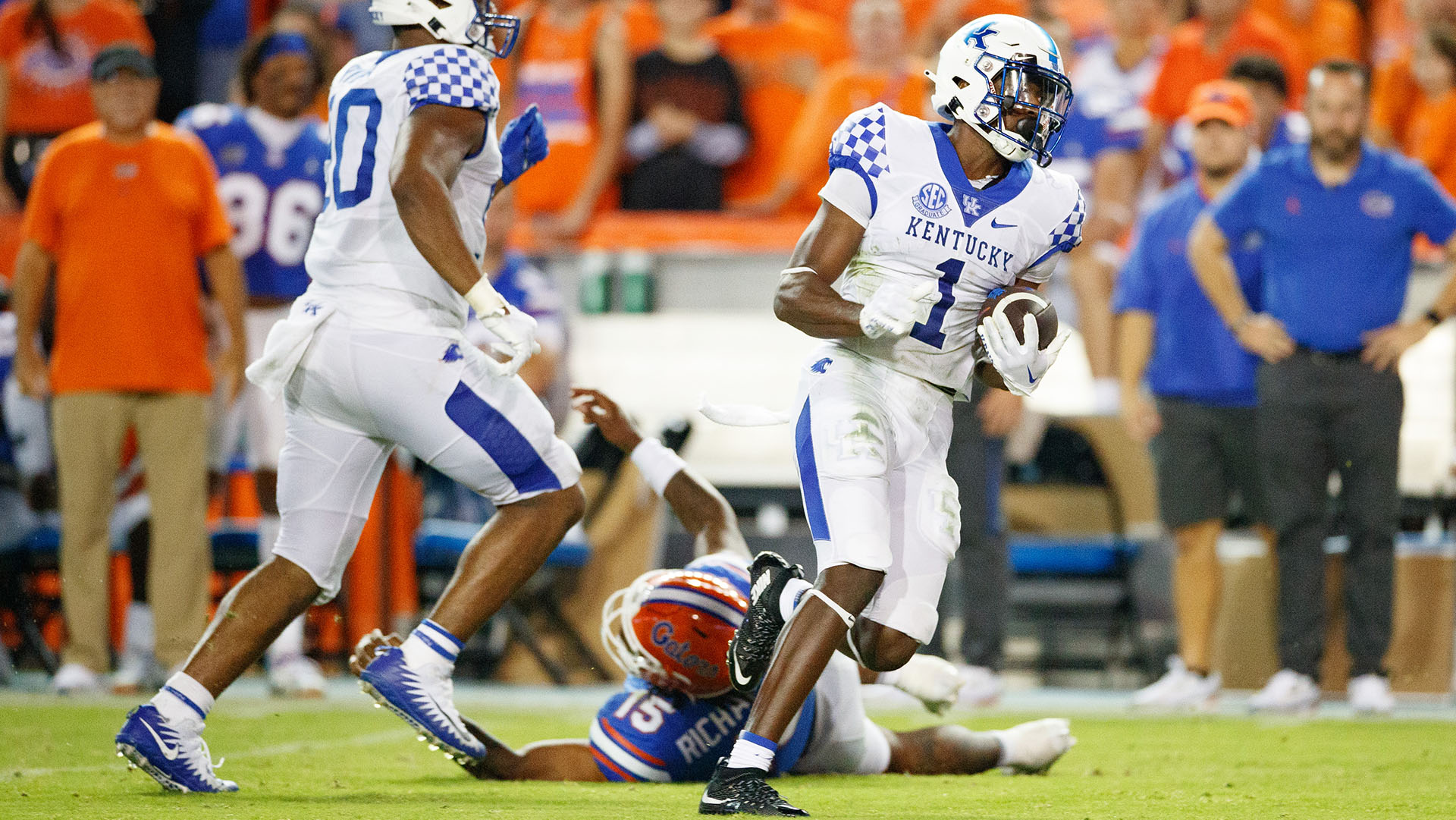 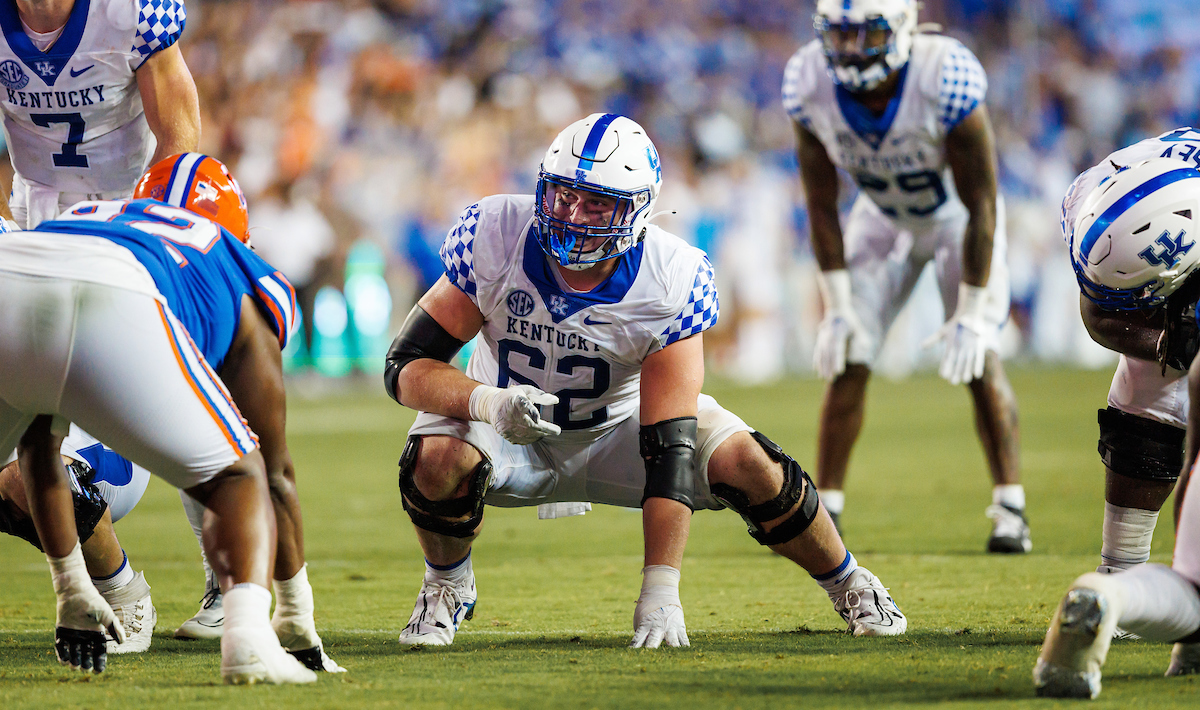