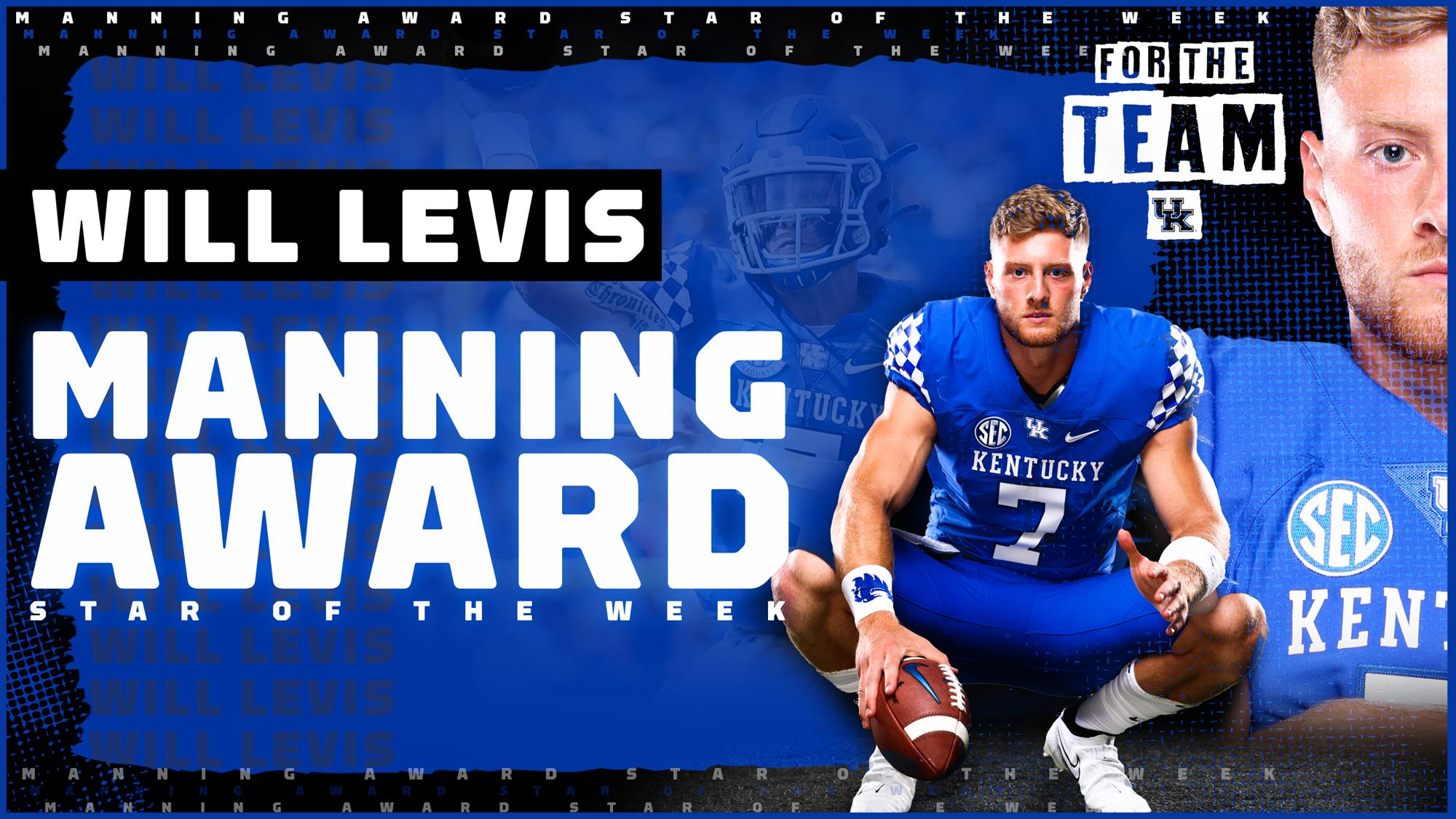 Kentucky quarterback Will Levis has been named one of The Manning Award’s “Stars of the Week” on the strength of his spectacular debut for the Wildcats, it was announced Tuesday.

The junior lit up Kroger Field through the air, passing for 367 yards to set a school record for the most by a player making his first appearance for the program. He completed 18-of-26 passes in just over three quarters of action, tossing four touchdowns and finding 10 different receivers as the Cats defeated ULM 45-10 last Saturday.

Levis was the star of a new offensive scheme that saw the Cats marry the running and passing games to near perfection. The 6-foot-3, 222-pound transfer from Penn State found game-breaking receivers Josh Ali (five catches, 136 yards, one touchdown) and Wan’Dale Robinson (5-124, 2 TD) on downfield strikes that had been missing from UK’s arsenal in recent seasons. Ali and Robinson combined to be the first pair of UK targets to each go over 100 receiving yards in the same game since Matt Roark (116) and La’Rod King (102) did so against Ole Miss on Nov. 5. 2011.

Showing poise, presence and impressive arm talent, Levis had the most passing yards by a UK player since Patrick Towles had 390 in 2014 against Mississippi State.

Fans can vote on which of the eight quarterbacks named “Stars of the Week” had the best performance by going to the Allstate Sugar Bowl Facebook page. Voting closes at noon EDT on Thursday.

The Manning Award was created by the Allstate Sugar Bowl in 2004 to honor the college football accomplishments of Archie, Peyton and Eli Manning. It is the only quarterback award that includes the candidates’ bowl performances in its balloting. Since the Manning Award started recognizing Stars of the Week in 2011, 424 different quarterbacks from 129 schools have been recognized. Seventy-three players from 66 different schools were honored during the 2020 season. 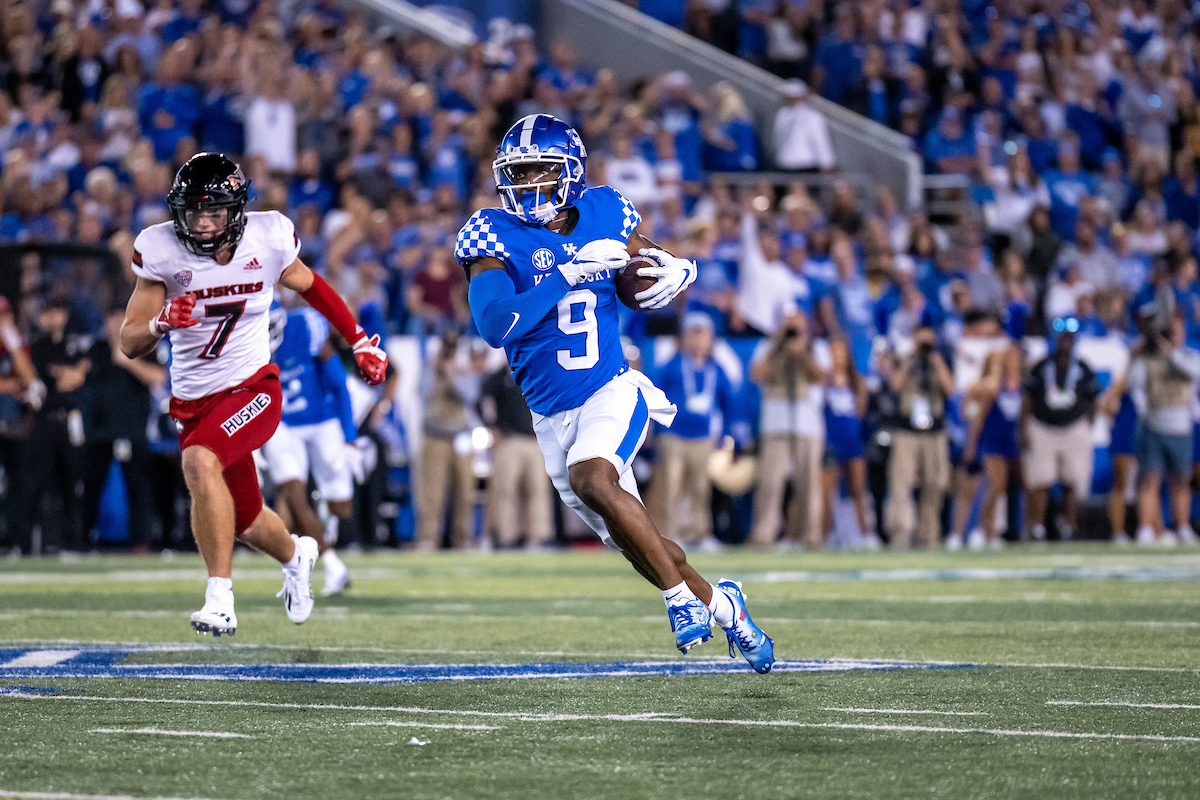