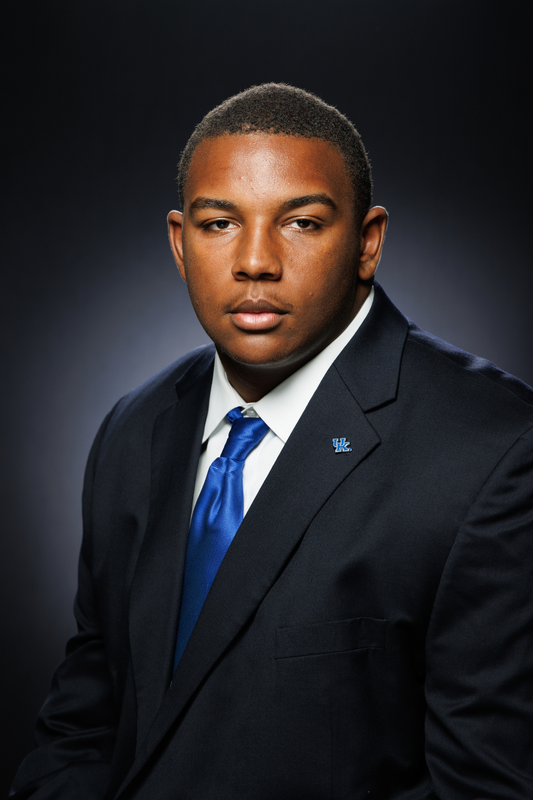 High School
• Rated a four-star prospect and the No. 23 defensive tackle recruit nationally by Rivals
• Four-star and No. 246 nationally among all recruits, No. 28 nationally at defensive tackle and the No. 4 prospect in Michigan as evaluated by on3.com
• A four-star prospect in the 247Sports Composite, ranking as the No. 30 defensive lineman
• Three-year starter and letter winner at Cass Tech coached by Thomas Wilcher and Marvin Rushing
• Also played offensive tackle as a senior
• Combines massive frame with impressive agility
• Named to the Detroit Free Press All-State Dream Team in 2021
• Named First-Team All-State aŌ er totaling 43 tackles, 15 tackles for loss and six sacks in seven games
• Also played center on the basketball team
• Picked Kentucky over Georgia, Michigan, Missouri and Alabama

Personal
• Born in Detroit
• Son of Nikita and Sanquanetta Walker
• Has one sister, Nikita
• Left-hander
• Major is undecided

Deone Says
• His nickname is “D-1”
• He chose Kentucky because it felt like home
• After football his dream job is to be in real estate
• Three words to describe him are quiet, funny, and athletic
• What motivates him to work hard is his family