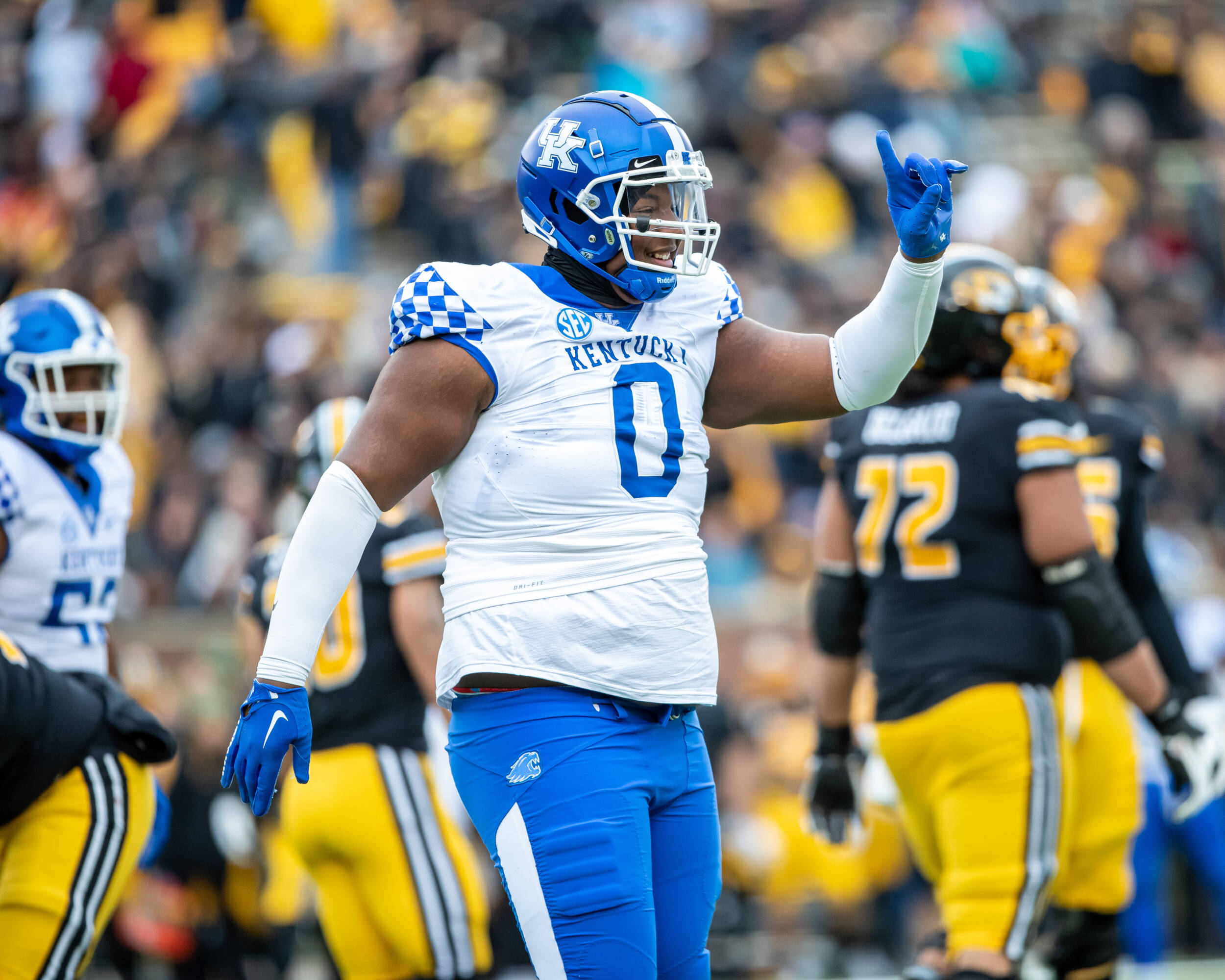 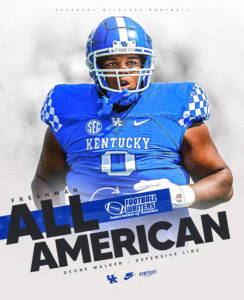 University of Kentucky freshman defensive lineman Deone Walker has been named to the Football Writers Association of American (FWAA) Freshman All-America Team presented by Chris Doering Mortgage, it was announced Thursday. He is UK’s third FWAA Freshman All-American since the award’s inception in 2001 and its first since Benny Snell Jr. in 2016.

Walker, a 6-foot-6, 330-pounder from Detroit, played in all 13 games with 11 starting assignments in his rookie season. Because of his size and physicality, he was an absolute force on the defensive line, finishing with 40 total tackles, 4.5 tackles for loss (third on the team), five quarterback hurries (second on the team), two pass breakups, one sack and one forced fumble.

Walker is one of 32 first-year players on the prestigious list and one of 14 defensive players.

Founded in 1941, the Football Writers Association of America consists of journalists, broadcasters, publicists, photographers and key executives in all areas of college football. The FWAA works to govern media access and gameday operations while presenting awards and honors, including an annual All-America team. For more information about the FWAA and its programs and initiatives, contact Executive Director Steve Richardson at (214) 870-6516 or tiger@fwaa.com.