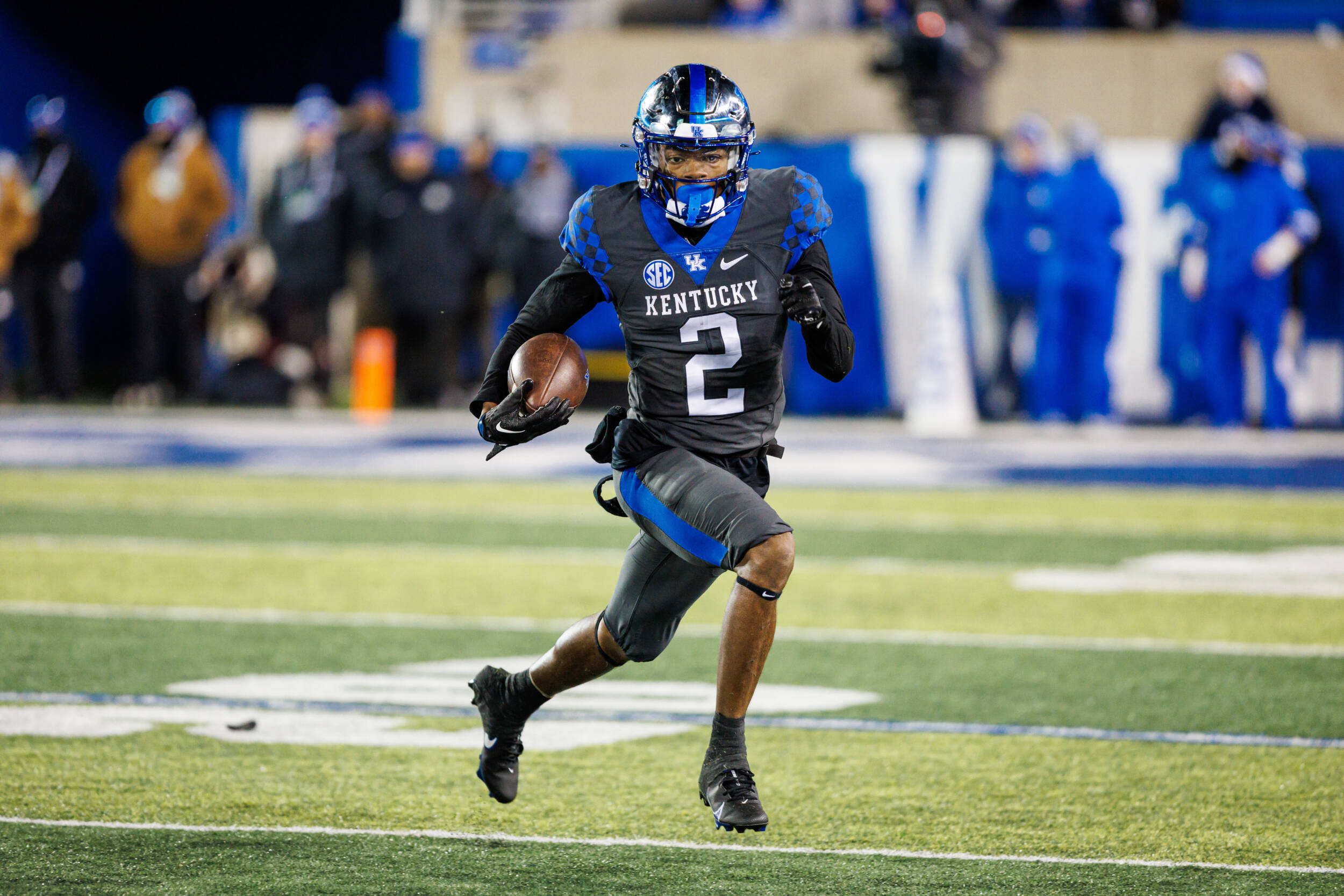 Walker, a 6-foot-6, 330-pounder from Detroit, finished the regular season with 39 total tackles, 3.5 tackles for loss, one sack, five quarterback hurries, two pass breakups and one forced fumble. He has also been named to the Pro Football Focus All-True Freshman All-America Team and was recently named the Southeastern Conference Co-Defensive Lineman of the Week on Nov. 28 for his role in UK’s 26-13 win over intrastate rival Louisville. Additionally, Walker was a Shaun Alexander Freshman of the Year Award (semifinalist) and a Midseason True Freshman All-American by several outlets, including The Athletic, 247 Sports, On3.com and College Football News.

Brown, a 6-1, 166-pound wide receiver and return specialist from Nashville, led the Wildcats this season with 45 catches for 604 yards and four scores, averaging 13.4 yards per catch.  His four touchdowns receiving are the second-most by a freshman in school history, behind only teammate Dane Key’s record. He also led the team in kick return yardage with 15 returns for 424 yards and one score, averaging 28.3 yards per return. He ranked fifth in the SEC in receiving yards per game (50.33) and was eighth in receptions per game (3.75).

He was named SEC Special Teams Player of the Week three times, becoming the first Wildcat to win a SEC weekly award three times in a single season since Lynn Bowden Jr. in 2019. He also was named to the 2022 PFF College All-True Freshman Team.

Dingle, a 6-4, 236-pound tight end of Bowling Green, Kentucky, started in 11 of 12 games played and ranked fourth on the team in receptions (19) and receiving yards (214). He averaged 11.3 yards per catch and had three receiving touchdowns, tying Derek Abney (2000) and Tommy Cook (2001) for the third-most receiving scores by a freshman in program history.

Key, a 6-3, 194-pound receiver of Lexington, Kentucky, set a new UK single-season freshman record for touchdown receptions with six. He started in 11 of 12 games played and finished the regular season with 31 catches (third-most on the team) for 472 yards (second-most), while averaging a team-high 15.2 yards per catch. The 472 receiving yards is second-most in school history for a freshman, behind only teammate Barion Brown’s record.

Lovett, a 6-2, 202-pound defensive back from Radcliff, Kentucky, played in all 12 games for the Wildcats, earning a starting spot in the last 10. He finished the regular season second on the team in tackles with 59, including 1.5 tackles for loss. He added two pass breakups, two interceptions and a quarterback hurry.

The Wildcats are headed to Nashville to take on Iowa in the TransPerfect Music City Bowl on New Year’s Eve. The game will kick off at noon ET (11 a.m. Central time in Nashville) at Nissan Stadium in a game that will be nationally televised by ABC.