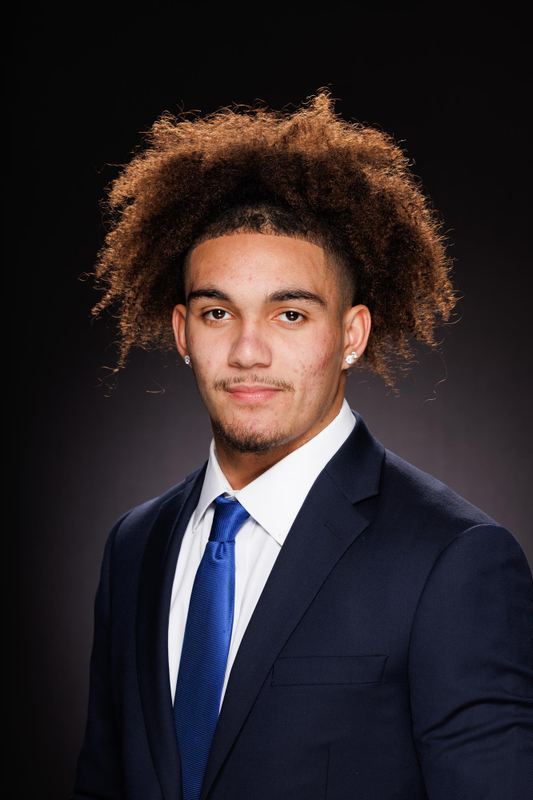 High School
• Consensus four-star prospect
• The top prospect in Kentucky as rated by 247sports and ESPN
• One of the nation’s top 40 wide receivers and top 250 overall prospects by both services
• Paul Hornung Award winner as the Kentucky Player of the Year, selected by the Louisville Quarterback Club
• Class 5A Player of the Year as picked by the Kentucky Football Coaches Association
• Named to the Lexington Herald-Leader “Class of the Commonwealth” list of the top seniors in Kentucky
• Had 959 receiving yards and nine touchdowns as a senior
• Two-time first-team all-state selection by The Associated Press, Louisville Courier-Journal and Kentucky Sports Radio as junior and senior
• Caught 37 passes for 625 yards and 11 touchdowns as a junior, plus a kickoff return for a TD
• Helped lead team to a 34-5 record during his final three seasons, with trips to the Class AAAAA state finals as a senior and sophomore
• Coached by Nathan McPeek
• Also a centerfielder on the baseball team three seasons
• Earned Academic Freshman of the Year
• Reunites at UK with Frederick Douglass teammates Dekel Crowdus and Jager Burton
• Chose UK over Oregon, South Carolina and Michigan

Personal
• Born in Lexington, Kentucky
• Son of Donte’ and Nicole Key
• Has one brother, Devon
• Father, Donte’, was a UK linebacker/defensive end from 1992-95, who was National Defensive Player of the Week for his performance in the 1994 inaugural Governor’s Cup game vs. Louisville
• Brother, Devon, played at Western Kentucky and with the NFL’s Kansas City Chiefs
• Major is pre-management

Dane Says
• Nickname is “Ace”
• He chose Kentucky because it’s home
• One thing most people don’t know about him is he is a good skateboarder
• His sports hero is his brother because he taught him how to love the game and how to play it like it should be played
• Three words to describe him are determined, ambitious, and athletic