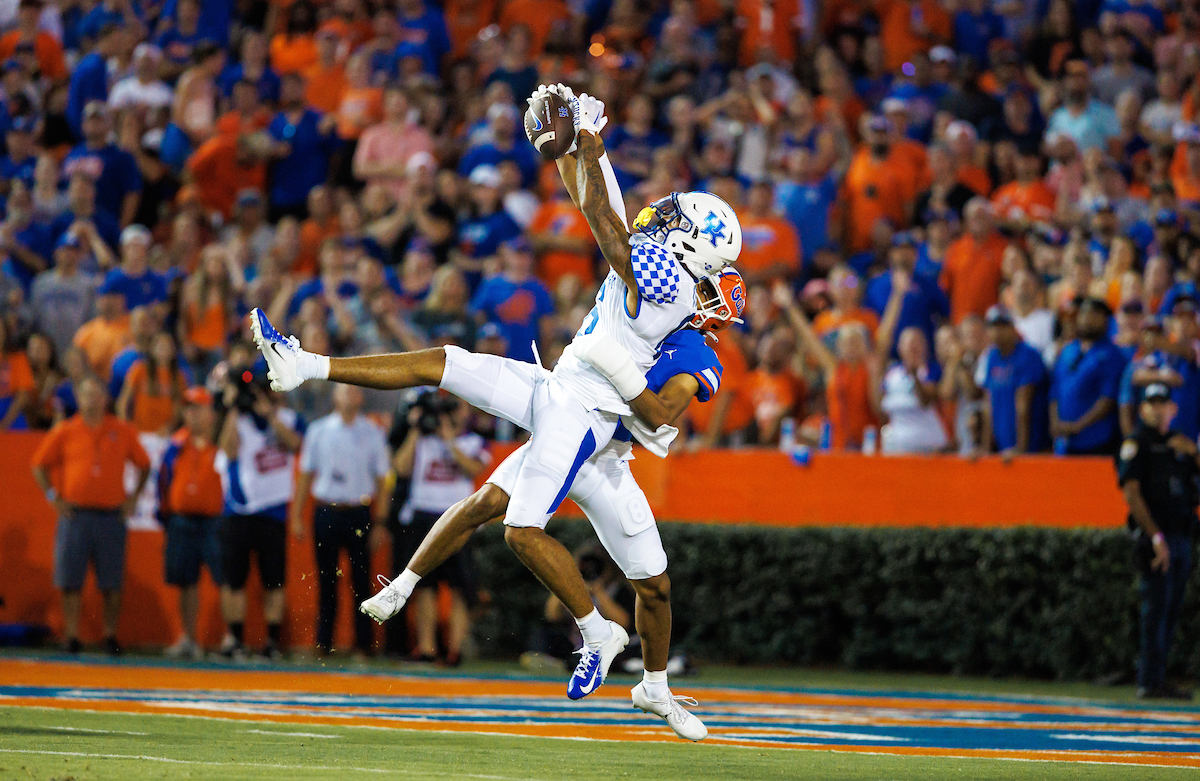 Dane Key was named Southeastern Conference Freshman of the Week and Jordan Wright was the co-Defensive Player of the Week for their efforts in a resounding 26-16 victory at then-No. 12 Florida on Saturday night, the league announced Monday.

Kentucky now has had a weekly award winner in each of the first two weeks of the season, two of which have been freshmen.

Wright, a 6-5, 231-pound outside linebacker made good in his home state, putting on a defensive clinic in his first action of the season. The Fort Lauderdale, Florida native was all over the field in making a massive impact on the game. His exploits included:

Key, a 6-3, 194-pound wide receiver from Lexington, Kentucky, showed his competitiveness, hauling in a leaping grab with a defender hanging all over him for a 55-yard touchdown, the longest play of his young collegiate career. Since freshmen became eligible in 1972, he is the first Wildcat freshman to catch a touchdown pass in each of his first two games.

Key finished with three receptions for 83 yards and a score in his first SEC game.

Kentucky hosts a reunion of sorts this Saturday afternoon as Youngstown State, UK coach Mark Stoops’ alma mater, arrives in Lexington. Game time is noon and will be televised on the SEC Network.