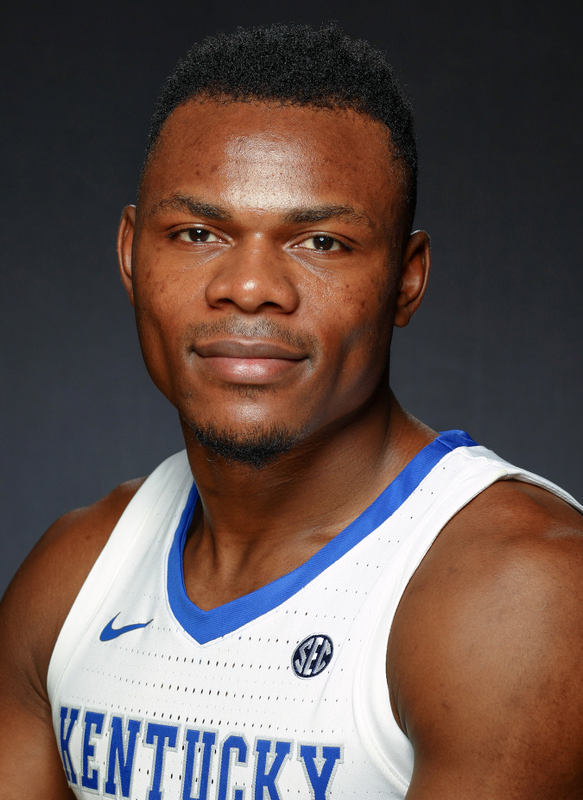 2021-22
Junior: Unanimous National Player of the Year (Sporting News, Associated Press, United States Basketball Writer’s Association, National Association of Basketball Coaches, Naismith Trophy, Wooden Award) … First player in program history to win all six NCAA-recognized awards … First player in SEC history to win all six in the same season … Unanimous All-America First-Team honoree by the AP, Sporting News, USBWA and NABC … Kareem Abdul-Jabbar Award winner for the nation’s best center … NABC’s Pete Newell Big Man of the Year … SEC Player of the Year … First-Team All-SEC by both the league’s coaches and media … Naismith Defensive Player of the Year finalist … All-SEC Defensive Team as selected by the league’s coaches … Led the country in rebounding (15.1), offensive rebounds per game (5.3) and defensive rebounding percentage (34.6%), also ranked second in offensive rebounding percentage (19.4%) … Snared 515 rebounds on the season, topping any other Division I collegiate player … The mark ranks as the third-most in program history and is one of just three players to tally 500 or more … Became a 1,000-point collegiate scorer in the final game of the season … Set a UK single-season record with 28 double-doubles … Was the first player to average at least 15 points and at least 15 rebounds per game since Drake’s Lewis Lloyd and Alcorn State’s Larry Smith did so in 1979-80 … First major-conference player to average 15-15 since UCLA’s Bill Walton in 1972-73 … First UK player to tally those numbers since Bob Burrow in 1954-55 … Finished the season as the only major-conference player averaging at least 1.6 blocks and 1.6 steals per game … Corralled 10 or more rebounds in all but two games … Finished the season with program records of 21 straight double-figure rebounding efforts and 16 straight double-doubles … One of only two players (Anthony Davis) in program history since 1978-79 to lead the team in points per game (17.4), rebounds per game (15.1), steals per game (1.8), blocks per game (1.6) and field-goal percentage (60.6%) with a minimum of 130 attempts … Set a Rupp Arena record with 28 rebounds against Western Kentucky … Had more rebounds than the Hilltoppers entire team … It tied for the sixth-most rebounds in UK history and the most for a Wildcat in a regulation-length game in more than 52 years … It was the most in Division I basketball since Kendall Gray from Delaware State had 30 in 2015 … Finished the season responsible for 37.8% of the team’s total rebounds, taking away team rebounds that number jumped to 41.2% … Had 80 rebounds through the first five games of the season which was the most by an SEC player in any five-game span since 2016 … His 56 rebounds to begin the season were the most through a player’s first three career games in program history dating back to 1956-57 … Was the first UK player with six games of at least 20 points and at least 15 rebounds since Jim Andrews in 1972-73 …  Became the first player in program history to tally at least 30 points and snare at least 15 rebounds in an NCAA Tournament game when he had 30 points and 16 boards against Saint Peter’s … Also played in a career-high 43 minutes … Had 27 points and 14 rebounds at Florida … Scored 30 points and had 18 rebounds at Arkansas, becoming the first UK player to achieve those numbers on the road against an SEC foe since Dan Issel in 1970 … Had 17 points, 16 boards and three blocks in the come-from-behind win at home vs. LSU … Scored 21 points and added 14 rebounds at home vs. Alabama … Tallied 27 points and 19 rebounds at home against Florida … Produced 17 points, 14 rebounds and four blocks at Kansas … Had 21 points and 22 rebounds in the overtime win over Mississippi State … Logged 30 points and 13 rebounds at Vanderbilt … Scored 29 points and contributed 17 rebounds vs. Georgia … Posted 13 points and 20 rebounds in the SEC opener vs. Missouri … Had 14 points and the record-breaking 28 boards against Western Kentucky and combined for 48 boards in a two-game stretch … Had three straight games of 20 or more points against Central Michigan, Southern and at Notre Dame … Logged 24 points and 16 boards with three blocks vs. Mount St. Mary’s … Had 14 points and 20 boards in his UK home opener vs. Robert Morris … Scored 17 points and had 20 rebounds in the Champions Classic against Duke … The rebounds were the most in the history of the event and the most ever in a UK debut.

2020-21
Sophomore: Transferred to Kentucky midseason … Ineligible to play the rest of the season due to NCAA transfer rules but practiced with the team beginning in February … Appeared in 10 games at West Virginia and averaged 8.5 points and 7.8 rebounds per game … Recorded a pair of double-doubles … Registered 12 points and 15 boards against Northeastern in his final game at West Virginia … Recorded 14 points and nine rebounds vs. top-ranked Gonzaga … Posted 11 points and 16 rebounds against VCU.

2019-20 (at West Virginia)
Freshman: Averaged 11.2 points and 9.3 rebounds per game in 31 starts as a freshman … Named to the All-Big 12 Conference Second Team … Unanimous Big 12 All-Freshman Team selection and also made the Big 12 All-Newcomer Team … Selected to the National Association of Basketball Coaches District 8 First Team and the USBWA District II Team … Academic All-Big 12 Rookie Team … Also earned Garrett Ford Academic Honor Roll and the Big 12 Commissioner’s Honor Roll team honors … Led the Mountaineers in scoring and rebounding … Team-high 19 games in double-digit scoring and team-best 10 double-doubles … First in the Big 12 in offensive rebounds per game with 4.1 and second in overall rebounding … Registered 13 double-figure efforts on the boards … Led the nation in offensive rebounding percentage at 19.0% … Earned Big 12 Newcomer of the Week three times … Had a double-double with 16 points and 12 rebounds in a win over No. 4 Baylor to end the regular season … Also posted 11 points and 12 rebounds vs. the top-ranked Bears a month earlier … Double-double with 16 points and 10 rebounds vs. Iowa State … Also recorded a double-double with 13 points and 11 boards vs. Texas at home … 17 rebounds and four blocks in a win over No. 22 Texas Tech … Logged a 17-point, 17-rebound game at No. 3 Kansas … Scored 19 points vs. Youngstown State … Back-to-back double-doubles vs. Nicholls State (15 points and 11 rebounds) and Austin Peay (14 points and 10 boards) … Monster game against Wichita State with 19 points and a career-high 18 rebounds … Selected as the MVP of the Cancun Challenge, including a season-high 21 points against Boston … Went for 20 points and 17 rebounds in just his second career game at Pitt.

HIGH SCHOOL
A McDonald’s All-American … Posted a double-double in that game with 12 points and 10 rebounds in 18 minutes … Also named to the Nike Hoop Summit World Team … Ranked a five-star recruit and a top-25 senior … Led Kennedy Catholic High School to a 27-3 record and a 6A state title as a senior … Averaged 23.2 points per game his senior season … Tallied 1,480 career points … Named the Gatorade Pennsylvania Boys Basketball Player of the Year … USA Today Pennsylvania All-State First Team selection … Guided Kennedy Catholic to the Class 1A PIAA state championship as a junior … Scored in double figures in every game during his junior campaign … Averaged 21.3 points, 11.8 rebounds and 2.4 blocks per game for his AAU squad the ITPS Wildcats.

PERSONAL
Born Nov. 27 in Lubumbashi, Democratic Republic of the Congo … Parents are Mbuyi and Kaya Rosalie Tshiebwe … Has five siblings with three brothers, Bevi, Denphin and Debaba, and two sisters, Cenina and Maggie … Major is communication … Nickname is “Big O” … Has a 7-foot-5 wingspan … Hidden talent is the ability to ride a bike backwards … Lists his parents as his greatest influence … His favorite food is Fufu (Congolese food) … He meditates and listens to music pregame … Favorite movies are the Rush Hour trilogy … Off-the-court hobbies include playing video games and listening to music … Chose No. 34 because Hakeem Olajuwon is his favorite frontcourt player of all-time … Lists Kobe Bryant as his all-time favorite player and Kevin Durant as his favorite current player … Chose Kentucky over NC State, Miami (Fla.) and Illinois and originally considered UK out of high school.