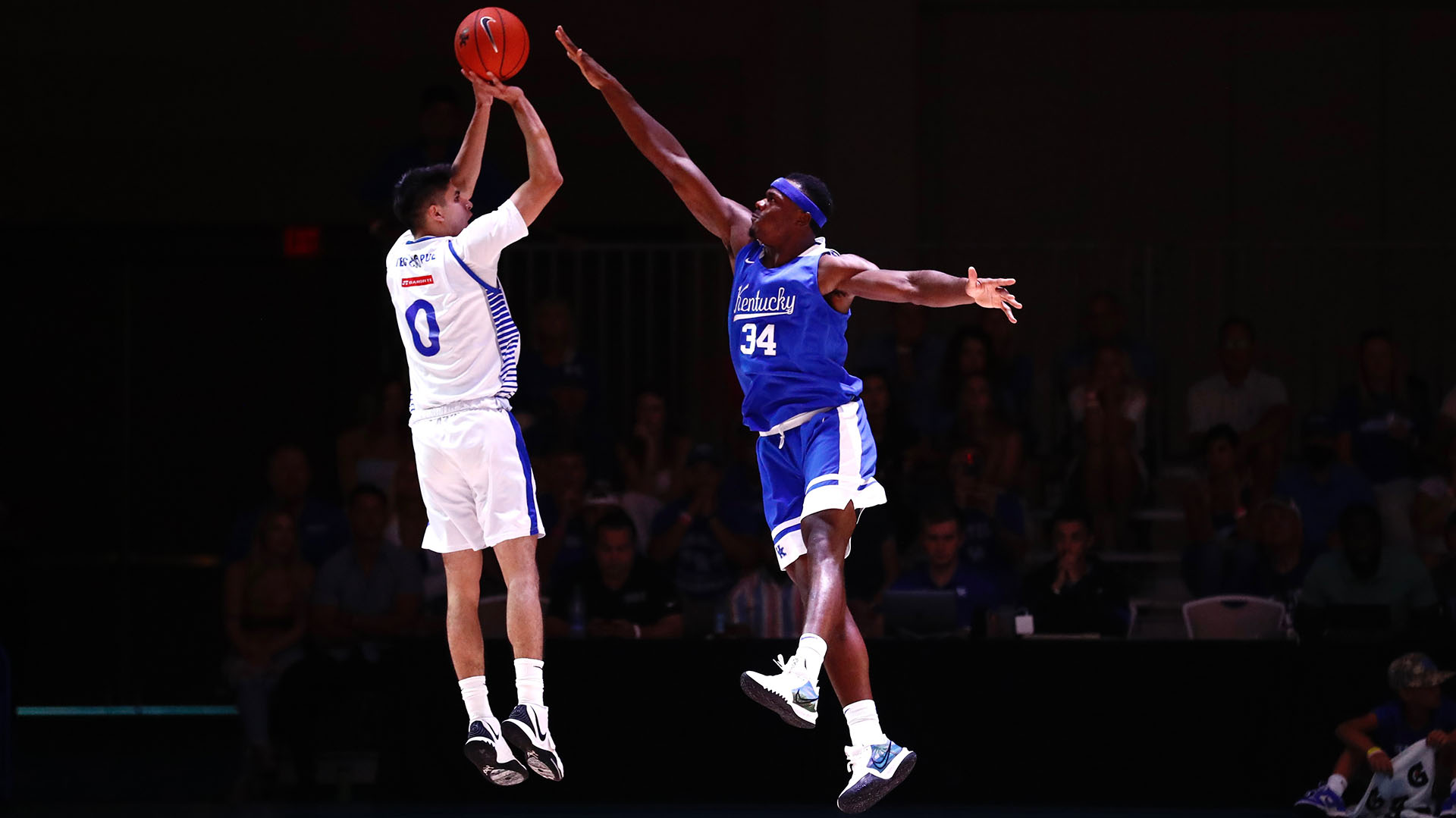 Three other Cats scored in double figures in the game. Adou Thiero had 13 points for UK, Antonio Reeves added 11 and Daimion Collins had 10 as Kentucky won in blowout fashion for the second straight night.

Kentucky made 40 of 75 (53.3 percent) from the floor in the game, despite hitting just seven of 26 (26.9 percent) from behind the arc. The Cats dominated the boards, grabbing 65 rebounds to just 22 for Tec de Monterrey.

Kentucky took the lead early on a three from Reeves and two free throws from Tshiebwe. After Monterrey Tec got a three from Sebastian Mejia, the Cats scored 11 in a row to extend the lead to 16-3 with 13:48 left in the first half.

Tec de Monterrey would score the next five to cut UK’s lead to 16-8. The Cats would answer with a Collins layup and a Livingston dunk to grab a 20-8 advantage with 11:57 remaining in the half.

The run would continue with another Collins layup, followed by a Cason Wallace layup and two Livingston free throws to make it 26-8.

After Mejia scored on a fast break layup for Tec de Monterrey, the Cats mounted a 7-3 run to extend the lead to 33-13.

Tec de Monterrey would get an Ivan Flores basket, but the Cats would answer with a 10-2 spurt, including the last four by Collins, to lead 47-18 with just under two minutes left in the half. UK would lead 53-21 at the break. Collins led all scorers with 10 points in the first half, while Reeves had nine.

In the second half, Tec de Monterrey got a Gilberto Berrones three to start the scoring but the Cats got a pair of Tshiebwe baskets to lead 57-24. The teams would then trade baskets, with the Cats getting dunks from Jacob Toppin and Wallace.

Both teams went cold for a span in the second half before the Cats broke loose with 12 straight points, sparked by five straight points from CJ Fredrick and a three from Wallace to make it 71-28 with 11:29 to play.

The run would continue and would balloon to 25 in a row as the Cats turned up the defense to create easy baskets. By the end of the run, UK led 84-28 with 7:56 to play.

UK would lead by as many as 67 points before settling for the 62-point victory.

Kentucky will have tomorrow off before returning to the court on Saturday. The Cats will face Carleton (Canada) at 6 p.m. on the SEC Network.