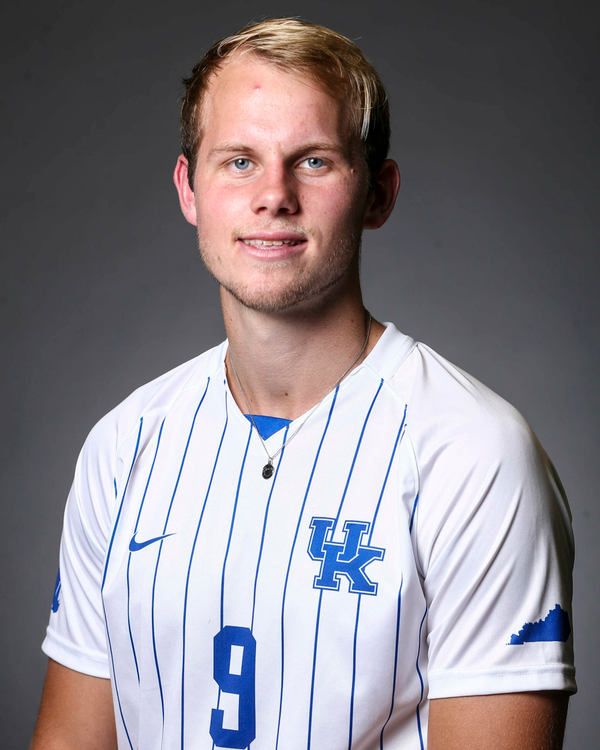 2021 (Junior): Appeared in 14 matches, earning seven starts … Finished the year with 11 points off of five goals and one assists … Tied for the team lead with five goals … Had the game-winning golden goal in the 93rd minute versus Florida Atlantic as Kentucky won its second Conference USA Tournament title in program history … Named the C-USA Tournament Offensive MVP and to the All-Tournament Team … Also named to the Fall SEC Academic Honor Roll … Netted two goals versus Wright State for the third multi-goal game of his career … Also tallied goals against Louisville and Coastal Carolina … Assisted Luke Andrews’ goal versus Notre Dame … Fired off 18 shots, including nine on target … Logged 652 minutes, including a combined 103 against Santa Clara and Clemson in the NCAA Tournament Second Round and Sweet 16, respectively.

2020 (Sophomore): Named to the All-C-USA Third Team, C-USA Commissioner’s Honor Roll, and Fall SEC Academic Honor Roll … Named the C-USA Offensive Player of the Week on March 16 … Appeared in 16 matches, starting in 15 of those … Led the team with 12 points … Scored four goals to be tied for the second-most on team … Tied for most assists on the team with four … Tied for most game-winning goals on the team with three … Attempted 21 shots, including 10 on goal (.476).