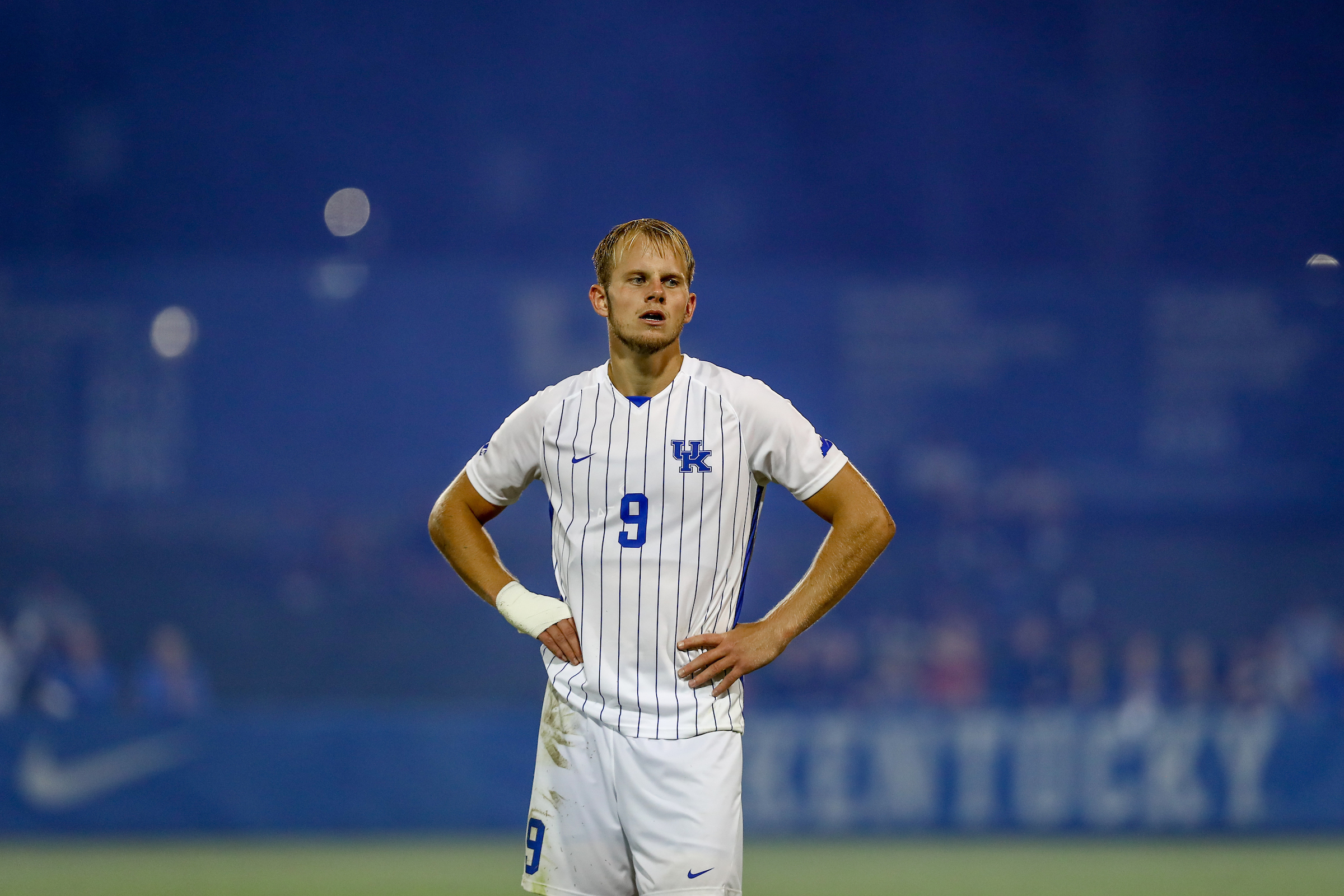 Bjorgolfsson has been a force on the attacking front for No. 5 Kentucky thus far in the 2022 campaign. With two goals in the first four matches, the 6-foot-3 forward has been able to secure the golden goal twice for the Cats.

“Very happy for Eythor,” said Head Coach Johan Cedergren. “He is a great team player and offensive threat, which is why he is such a big part of our offense and a big problem for other teams to solve.”

The Jessheim, Norway native began the season with Sun Belt Preseason Offensive Player of the Year honors. He has proven why he deserved the award as he has tallied 12 shots, with seven on goal, and one assist in 382 minutes on the pitch in five total matches.

“If other teams double up on Eythor, our other attackers get chances,” stated Cedergren. “If they leave him one-on-one, he will score goals.”

The Wildcats will return to The Bell Friday at 7:30 p.m. ET for its first Sun Belt Conference matchup against No. 8 Marshall University.