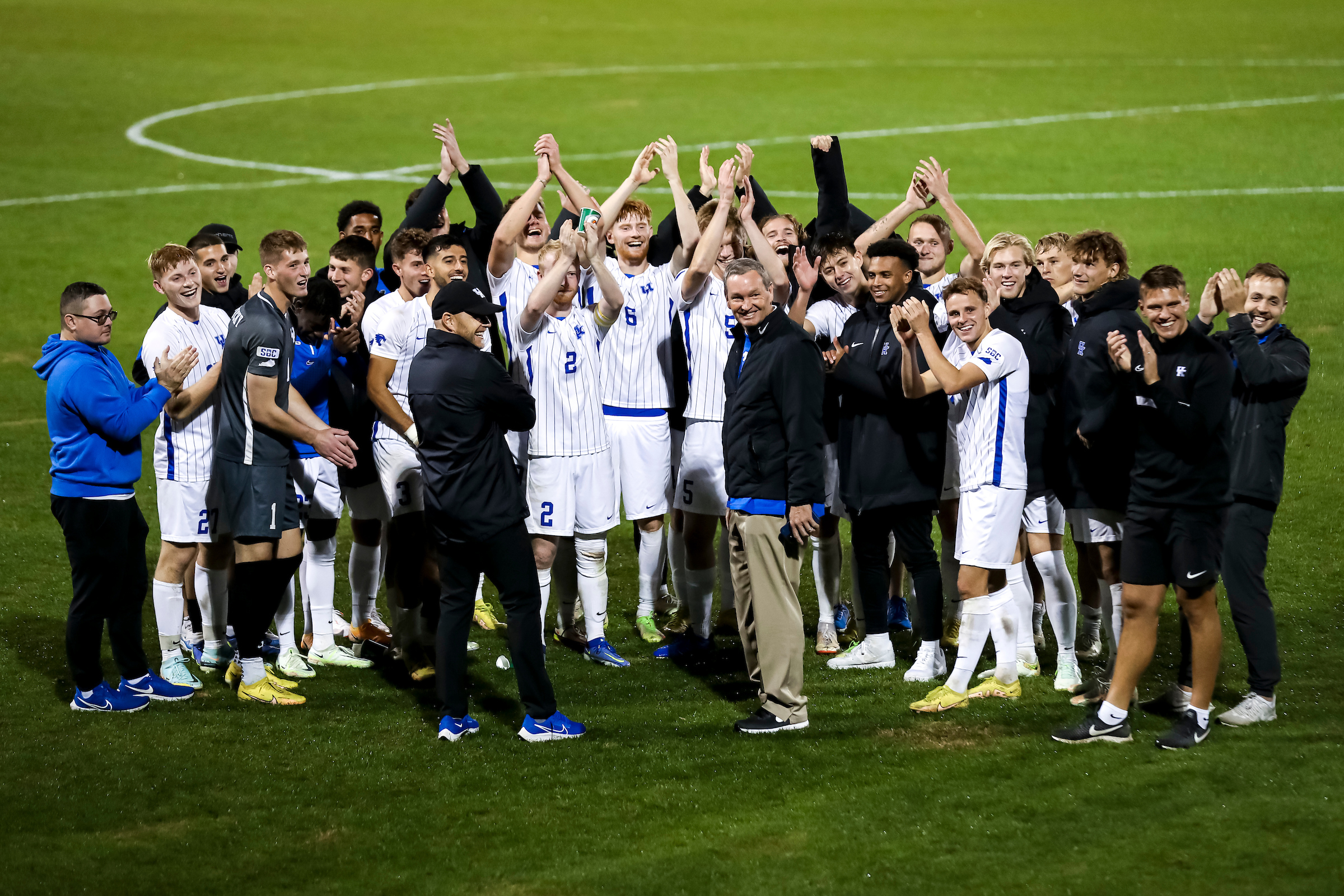 LEXINGTON, Ky. – The Sun Belt Conference announced its 2022 postseason men’s soccer awards Friday afternoon ahead of the first round of the conference tournament beginning on Sunday.

Cedergren has tallied 134 victories in his 11 years at the helm of Kentucky men’s soccer. The Wildcats have reached the NCAA Tournament in eight of the Sölvesborg, Sweden native’s first 10 seasons leading the Wildcats. He was named the C-USA Coach of the Year in 2014, 2015, and 2018 and became the fastest head coach in program history to win 100 career matches at UK on April 10, 2021.

Senior Luis Grassow was named Sun Belt Conference Defensive Player of the Year. The Munich, Germany native has been key on defense for UK this season. Leading the team as a co-captain with Robert Screen, Grassow has been a large part of the program on and off the field. Previously announced as Sun Belt Conference Preseason Defensive Player of the Year and MAC Hermann Trophy Watchlist listee, Grassow has proved himself contributing to all 16 matches this season, eight shutouts, and two goals including one shot.

True freshman Casper Mols has been named Sun Belt Conference Goalkeeper of the Year following an impressive freshman season in the net. Earning a starting position at an early point in his collegiate career, the Aabernaa, Denmark native has recorded 17 saves in 11 matches with eight clean sheets earned for the Cats. Mols has put up strong statistics throughout his freshman regular season with a 7-0-4 record in the goal with only nine goals against. His highest number of saves tallied four in the draws against Marshall earlier in the season.

For the full list of Sun Belt preseason awards, see below.

Kentucky will host the first round of the conference tournament on Sunday. Tickets are $10 for adults, $5 for youth (non-student ages 3-18) and $5 for senior citizens (65+). Children 2 and under will be admitted free of charge as will all Sun Belt Conference students who show a valid university issued ID. All tickets will be mobile. Tickets can be purchased online.