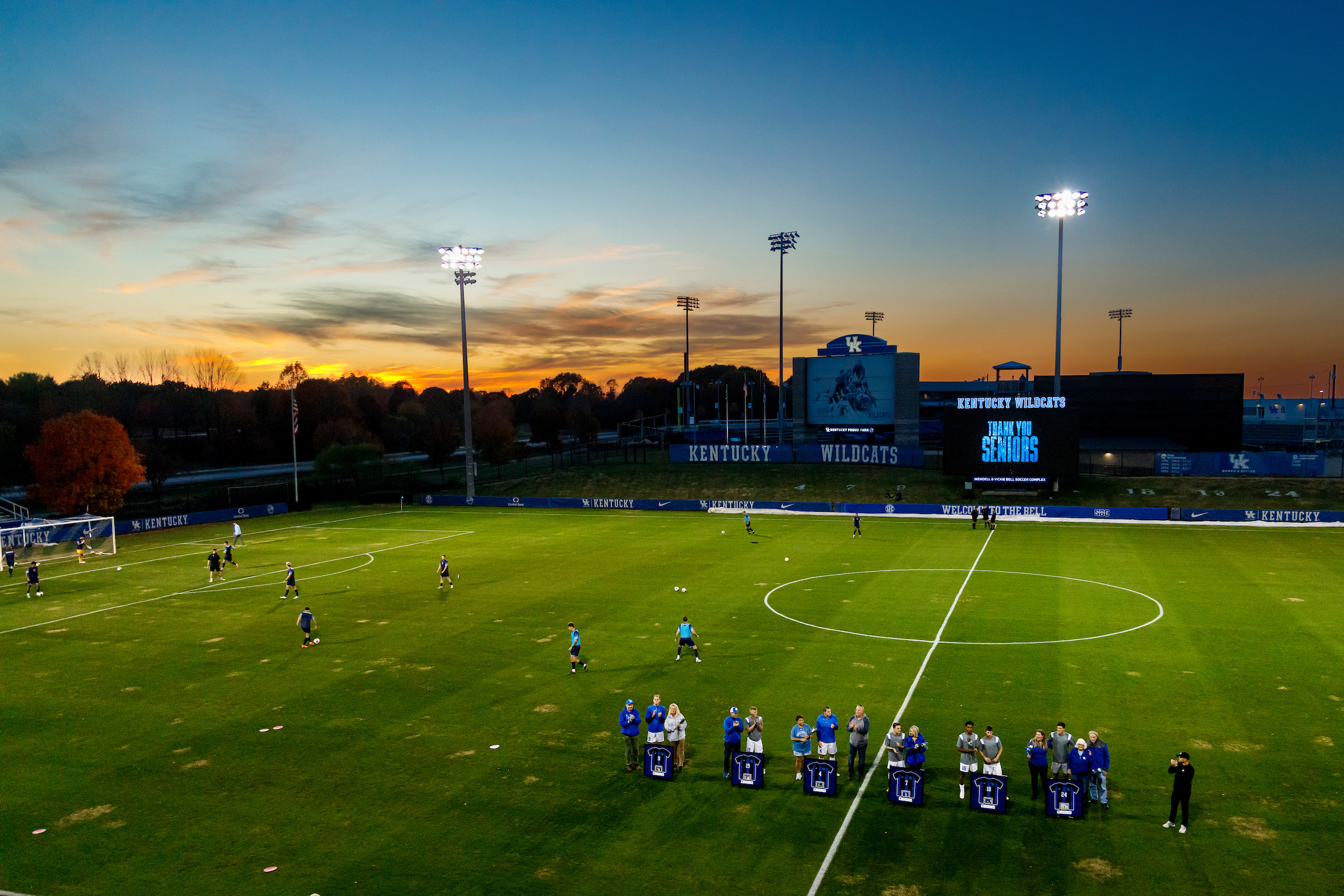 LEXINGTON, Ky. – Eythor Bjorgolfsson, Clay Holstad and Luis Grassow have been drafted in the second round of the 2023 MLS adidas SuperDraft, announced on Wednesday.

Bjorgolfsson was the first Wildcat to be chosen in this year’s SuperDraft as the 38th overall pick to Seattle Sounders FC. Holstad was not far behind as he was chosen as the 43rd overall pick to Columbus Crew with Grassow rounding out the trio representing Kentucky with the 46th overall pick to Orlando City SC.

Kentucky men’s soccer has now tallied eight players drafted in the MLS SuperDraft. However, this does not include those who have signed professional contracts outside of the three rounds of the SuperDraft which began in 2000.

Bjorgolfsson demonstrated an impressive career as a Wildcat playing in 68 matches with 43 starts totaling 3,808 minutes on the pitch in his four years in Lexington. The senior has been a force to reckon with on the attack with 24 goals tying sixth in all-time career goal scorers for the program. His 10 game-winning goals places him in third overall. This season alone, Bjorgolfsson scored 10 goals with two assists including a brace against Lipscomb, a goal against in-state rival Louisville, long-time rival Indiana and West Virginia in the Sun Belt Conference Tournament. He fired 49 shots with 26 on goal to bring his UK career total to 111 with 56 on goal.

Holstad has shown both consistency and versatility throughout his collegiate career at Kentucky. Completing the 2022 campaign as a fifth-year senior, the midfielder saw action in 85 matches resulting in 4,103 minutes on the pitch. The Wildcat recorded 58 total shots with 16 on goal, including 5 goals and seven assists. This season he scored one goal against South Florida in the second round of the NCAA Tournament and four assists throughout the campaign. He earned a starting position in all 21 matches of his fifth-year season. His goal against South Florida was one of many times the Wildcat was found where he was needed most on the pitch. In his 2021 senior season, his successful assist helped score the golden goal against Old Dominion in the 100th minute.

In his final season with Kentucky, the Birmingham, Ala. Native was announced as the 2022 Sun Belt Conference Tournament MVP after an impressive tournament run which resulted in a conference tournament championship for the program. Holstad was a large part of the success with his efforts in the midfield. He was also awarded Sun Belt Conference All-Tournament honors and Sun Belt Second-Team Conference honors at the conclusion of the regular season.

The defender has played 59 matches for Kentucky with 56 starts totaling 5,057 minutes on the pitch. He saw a starting position in all 21 matches this season contributing to 11 clean sheets, as well as seven shots with four on goal. Grassow scored three goals for the Cats this season. He equalized the match at Tulsa in the early stages of the campaign, shot an impressive scissor kick against WVU in the sixth minute of the match and successfully headed the ball into the goal in the conference tournament championship against James Madison. Throughout his Wildcat career, the senior defender contributed to over 20 shutouts.

Both Bjorgolfsson and Grassow were named 2022 MAC Hermann Trophy Semifinalists.