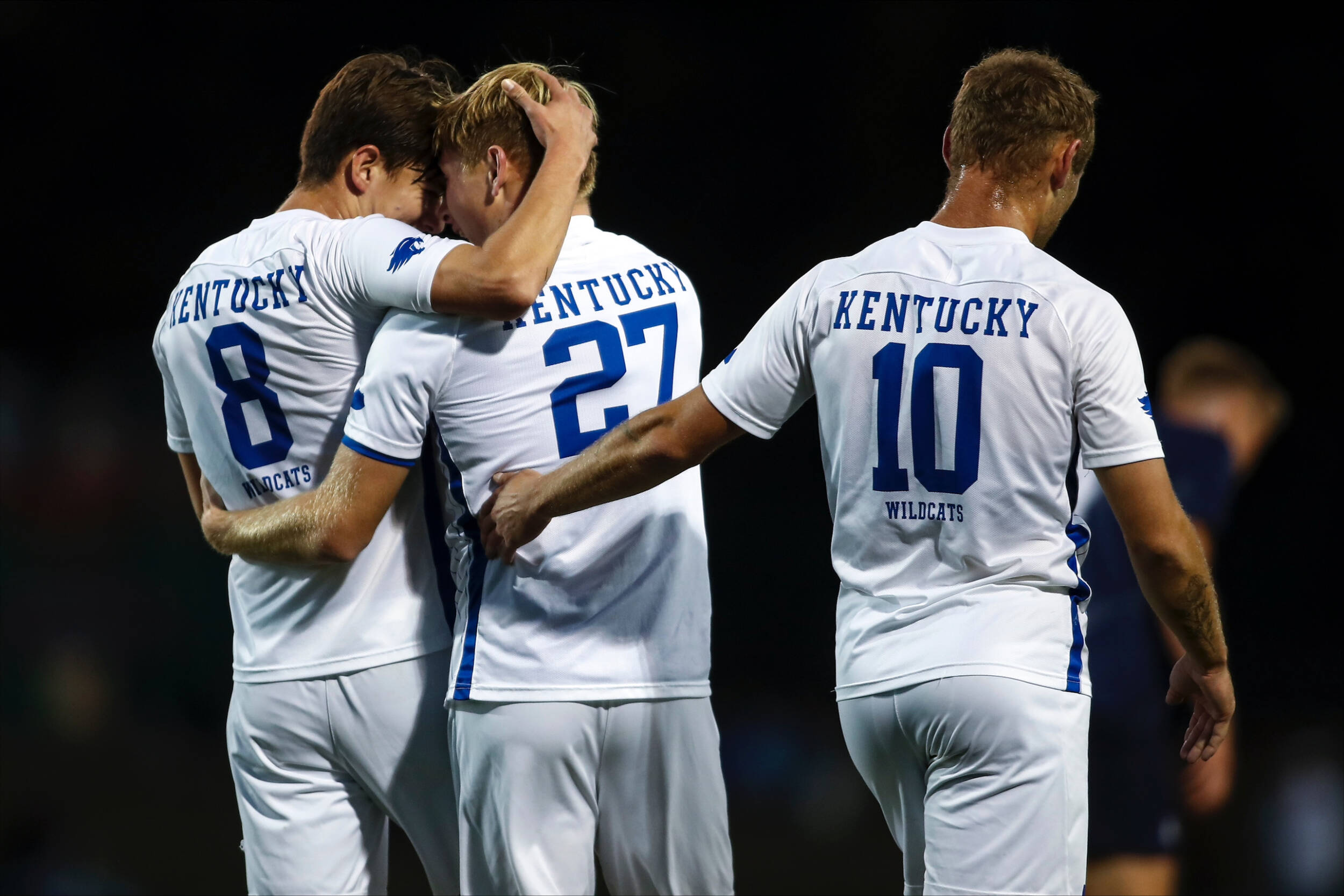 Damge became the first Wildcat to score three goals in a game since Tyler Riggs scored three against Florida Atlantic on Nov. 3, 2013. Damge became the 10th Wildcat in school history to record a hat trick. Chris Soler has the school record having scored four vs. Georgetown on Oct. 17, 2001.

The Wildcats were dominant in defense, keeping a clean sheet for the fourth time this year, first time in conference play, as well as for the first time since Sept. 2. Georgia Southern only got one shot on goal, and not before the final moments of the match.

UK won their fourth game in a row and the Wildcats have scored three or more goals in each of those victories.

Damge opened the scoring in the 13th minute of the match with a shot off his left foot to the bottom right of the goal. With a smooth pass by Mauriz, Damge was able to get the first goal of the night on the board for the second consecutive match.

Soon after Damge’s score, Bjorgolfsson found an opportunity of his own thanks to a double assist by Casper Grening and Nick Gutmann in the 30th minute. Notching the score up 2-0, Kentucky entered the halftime period ahead for the night.

Once play resumed, Damge did not waste time as he found his second goal for the first brace of his collegiate career. The goal tied his season record of two, which he accomplished last season. The junior sent the ball into the top right corner of the goal from an assist by Grening which was his second of the night.

Gutmann passed the ball forward to Grening in the box in the 54th minute. Grening crossed to Mauriz who shot the ball off his left foot straight into the bottom right of the goal to improve the score, 4-0.

Following an already record-setting performance for Damge, he did not settle as a penalty kick opened the chance for his first hat trick and three-goal match of his collegiate career. Damge shot the ball into the top corner of the net for another Wildcat goal in the 83rd minute to bring his season total to five with at least one score in the last two games.

Leeth sealed the deal for Kentucky in the 89th minute. Martin Soereide passed to Leeth to earn an assist for his birthday and aid in the sixth and final goal of the night. Leeth celebrated with an impressive back tuck as he scored his first goal of the season and first as a Kentucky Wildcat.

The Wildcats will host their last non-conference home match of the regular season on Wednesday, facing No. 16 Dayton at The Bell.

Sunday’s contest was the first matchup since 2004 between the Wildcats and Eagles. Kentucky improved its all-time series record to 1-1-1 with Georgia Southern.