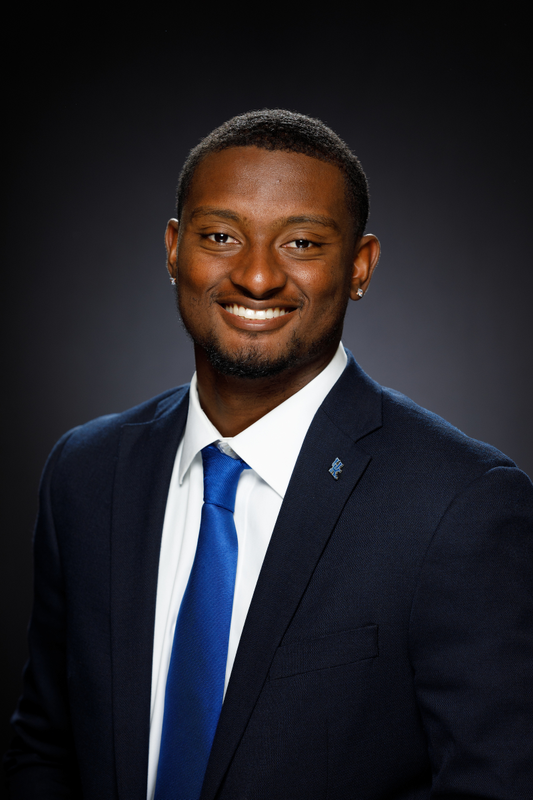 2022 – %Senior
• A graduate transfer who came to Kentucky after four seasons at Ole Miss … has one season of eligibility left to play
• Appeared in every game for the Rebels, which included 47 contests with 29 starting assignments
• The two-year starter totaled 223 total tackles, 22 passes defended, five forced fumbles, five interceptions, eight tackles for loss and one sack
• Finished with 47 or more tackles in each of his four seasons played in Oxford

2021 – Senior (Ole Miss)
• Played in all 13 games with seven starting assignments, seeing action at all five defensive back positions for the Rebels
• Ranked fifth on the team in tackles with 64 and tied for second on the team with two interceptions
• Added 2.5 tackles for loss, two forced fumbles and three pass breakups
• Was the recipient of the Chucky Mullins Courage Award which is presented annually to an Ole Miss upperclassman defensive player that embodies the spirit of Mullins – courage, leadership, perseverance, and determination
• At top-ranked Alabama notched his first interception of the season and finished third on the team with eight tackles
• Against No. 13 Arkansas, filled the stat sheet with a season-high 10 tackles, a tackle for loss, a forced fumble and an interception.

2020 – Junior (Ole Miss)
• Started all 10 games at cornerback
• Finished second on the team with 64 total tackles including a 38 solo stops … Tallied six pass breakups
• Got the start at cornerback in the Rebels’ season opener vs. No. 5 Florida and finished with a career and team-high 12 total tackles with one pass breakup
• Against No. 2 Alabama was second on the team with eight tackles, including six solo stops, in 68 snaps as the starƟ ng cornerback
• Started at cornerback and played all 84 defensive snaps vs. Arkansas, finishing with six tackles
• Led the team and Ɵ ed his career-high with 12 tackles in his fifth start of the season vs. Auburn

2019 – Sophomore (Ole Miss)
• Appeared in all 12 games, with eight starts
• Registered 48 total tackles with 3.5 tackles for loss
• Led the team with eight pass breakups
• Tied for team lead with seven total tackles, including a career-high six solo tackles in season debut as a starter vs. Memphis
• Against No. 11 Auburn, broke up one pass, forced a fumble and finished third on the team with seven tackles (0.5 TFL)
• Totaled eight tackles, picked off one pass, forced a fumble and notched fi rst-career sack vs. No. 1 LSU
• Named to the Pro Football Focus SEC Team of the Week following eff orts vs. LSU
• A Mississippi State, recorded three tackles, including one TFL, forced a fumble and created first-career QB hurry

2018 – Freshman (Ole Miss)
• Appeared in all 12 games, making four starts as a true freshman
• Tallied 47 total tackles with four pass breakups
• Made his Ole Miss debut vs. Texas Tech and recorded a tackle
• Recorded first career interception and three tackles in the win over Southern Illinois
• Recorded his first career start vs. South Carolina and tallied one total tackle and one pass breakup

High School
• Rated a consensus three-star recruit by 247Sports, ESPN and Rivals out of Oxbridge Academy
• Ranked as the No. 110 ranked cornerback in the nation and was tabbed the No. 127 player in Florida by ESPN
• An excellent basketball player who scored 1,000 points in his prep career
• Helped lead the ThunderWolves to the state championship game and 10-2 record as a senior
• Totaled 41 tackles as a senior and 33 as a junior
• Had six career interceptions at Oxbridge
• Coached by Brendan Kent

Personal
• Born in Boca Raton, Florida
• Son of Deirdre and Alonzo Smith
• Siblings are Kaylon and Anterio
• Comes from a family of athletes as his mother, Deirdre, played basketball at UCF; father, Alonzo, played basketball at Savannah State; sister, Kaylon, is currently a senior forward on the Vanderbilt women’s basketball team
• Graduated from Ole Miss in May of 2022 with a degree in finance … Currently working on a second degree in community leadership and development

Keidron Says
• His nickname is “Keibo”
• He chose Kentucky because it was a great fit and because of the great staff behind the program
• Other than play in the NFL, his dream job is to be a sports agent or financial advisor
• The highlight of his life so far is being an uncle to his two nieces
• One thing he will never do again is go to a haunted house