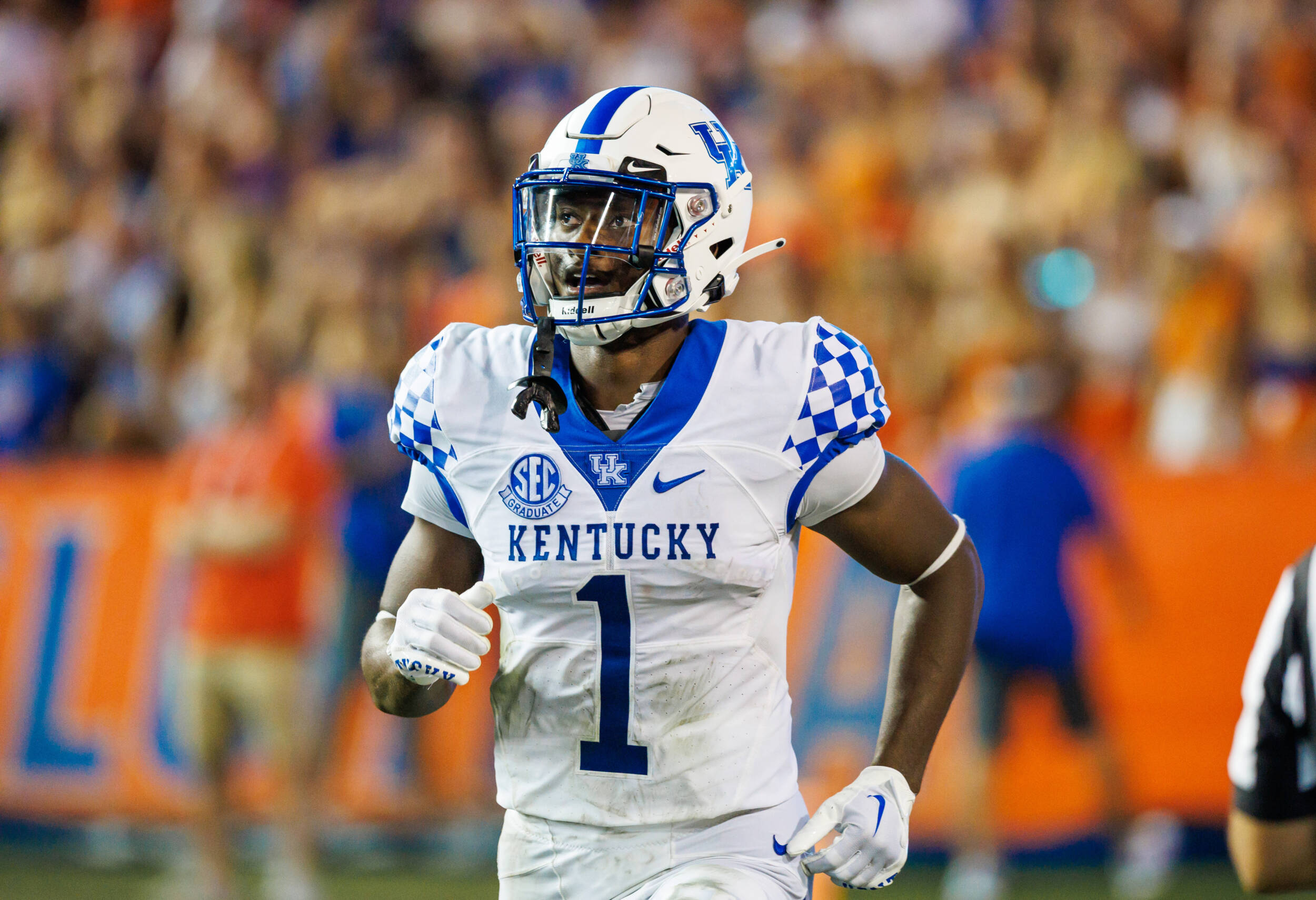 University of Kentucky senior defensive back Keidron Smith was voted All-Southeastern Conference Second Team by the league’s coaches, it was announced Tuesday. He is the first Kentucky defensive back recognized by SEC coaches since safety Winston Guy in 2011 and first predominantly cornerback since Trevard Lindley in 2008.

Smith, a 6-foot-2, 204-pounder from West Pam Beach, Florida, transferred to Kentucky in 2022 for his graduate transfer season and made an immediate impact. He started 11 of 12 games for Kentucky, including the last 11, intercepting a pair of passes. He tallied 43 tackles in the regular season, 0.5 tackles for loss, five pass breakups and one fumble recovery.

He had a massive play in UK’s win over then-No. 12/19 Florida, returning to his home state and stepping in front of an Anthony Richardson pass, then returning it 65 yards for a touchdown in the third quarter. He added his second interception against Vanderbilt. In his return to Oxford, Mississippi to face Ole Miss he charted six tackles.

For his career, he has played in 59 games, starting 40 of those, with seven career interceptions.

Smith graduated from Ole Miss in May of 2022 with a degree in finance. He is currently working on a second degree in community leadership and development.

Smith and the Wildcats are headed to Nashville to take on Iowa in the TransPerfect Music City Bowl on New Year’s Eve. The game will kick off at noon ET (11 a.m. Central time in Nashville) at Nissan Stadium in a game that will be nationally televised by ABC.