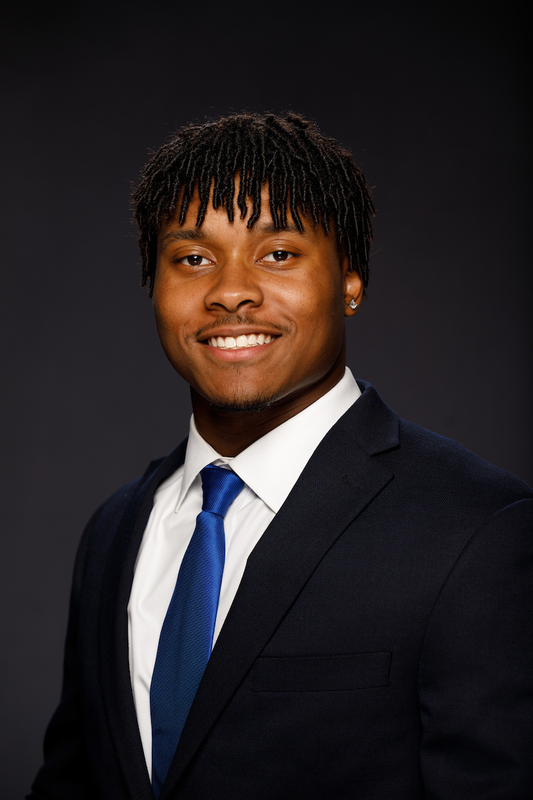 High School
• A four-star prospect by ESPN and a three-star recruit by Rivals and 247sports
• Ranked the No. 5 player in the state and a top-25 tight end nationally by Rivals and 247sports
• Four-year letter winner and starter for head coach Mark Spader
• Caught 41 passes for 515 yards (12.6 ypc) with two touchdowns in helping lead Bowling Green to the 2020 Class AAAAA state championship with a 10-2 overall record
• Caught five passes, ran for a touchdown, and had a quarterback sack in the state finals win
• Named the 2020 4th Region AD Association Player of the Year
• Named to the Lexington Herald-Leader “Class of the Commonwealth” list of the top seniors in Kentucky
• Named first-team All-State by the Courier Journal and AP as a senior
• Named a preseason All-America candidate by Sports Illustrated
• Named honorable mention All-State by the Courier Journal as a junior after catching 35 passes for 474 yards and five TDs
• Three-sport athlete who also was a four-year letter winner in basketball and a three-year lettter winner in track and fi eld (shot put and hurdles)
• Led Bowling Green to the 2020 4th region title and an elite eight appearance in basketball
• High school teammate of current UK safety Vito Tisdale
• Chose Kentucky over Purdue, Vanderbilt, Virginia Tech and Ohio State
• Member of the National Honor Society
• Excelled in the classroom with a 4.0 GPA

Jordan Says
• His nickname is “The Professor”
• He chose Kentucky because it had a great family feeling
• Other than play in the NFL, his dream job is to be a CEO of a hospital
• Three words to describe him are hardworking, trustworthy, and intelligent
• One thing most people don’t know about him is that he likes to ride four-wheelers