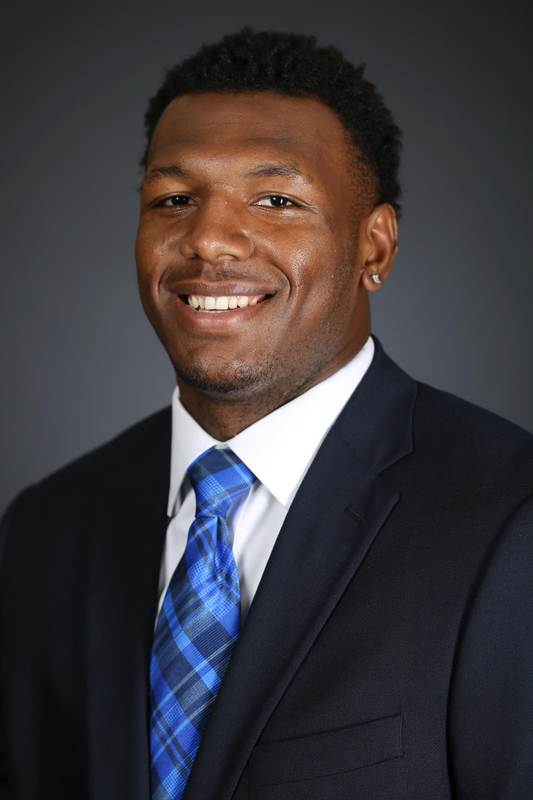 2021 – Sophomore
• Named one of the three award winners for the 2021 Mayo Clinic Comeback Player of the Year
• Capital One Orange Bowl Courage Award nominee
• Third-Team All-SEC (Phil Steele)
• Has seen action in 24 career games with seven career starts, including five straight
• Has totaled 73 career tackles, including 16.5 tackles for loss and 6.5 sacks in just 24 games played … Also has two interceptions
• Played in 12 games with six starts
• Did not see action vs. Iowa in the Vrbo Citrus Bowl due to Covid protocols
• Totaled 34 tackles, 10.0 tackles for loss (second on the team), a team-high 6.0 sacks, four quarterback hurries, two interceptions, one forced fumble and one pass breakup
• Made at least one TFL in eight of 12 games played
• Had four tackles, including a career-high 2.5 sacks vs. Tennessee
• Made his first career interception in the fourth quarter in the win over No. 10/9 Florida and returned it 20 yards … Also had two tackles, including a shared tackle for loss, and a quarterback hurry
• Had a crucial eight-yard sack on Missouri’s final possession of the game … Also had a three-yard tackle for loss and caused a fumble in the win
• In his first game since returning from a torn ACL, totaled two tackles, 1.5 tackles for loss and a career-high 1.5 sacks in the season opener vs. ULM

2020 – r-Freshman
• All-SEC Freshman Team (Coaches)
• Suffered a torn ACL in his right knee at Florida (11/28) and missed the final two games of the season
• In nine games, had 33 tackles, 6.5 TFL, 0.5 sacks, two quarterback hurries and a pass breakup
• Totaled a career-high tying six tackles in his first collegiate start at Florida
• Earned SEC Freshman of the Week after totaling a career-high six tackles in Kentucky’s 34-7 win at No. 18/17-ranked Tennessee … Made two tackles for loss, totaling -8 yards … Had a three-yard TFL in the third quarter, helping force a punt that preceded a UK touchdown drive on the ensuing possession
• FWAA Freshman All-America Team Watch List

2019 – Freshman
• Redshirt season
• Saw action in three games (Missouri, Vanderbilt and Louisville)
• Had six tackles, two PBUs and a quarterback hurry
• Totaled five tackles, along with a tackle for loss and a QBH in the win over Vanderbilt
• Made his collegiate debut vs. Missouri and totaled a tackle and a PBU

High School
• One of the nation’s best linebacker prospects, ranking as the 213th best player in the nation according to Rivals
• The site also has Weaver as the 14th best player in the class at his position and the fourth-best prospect in the state of Kentucky
• Rated as a four-star prospect by Rivals and 247sports
• Recorded 70 tackles, 10 sacks, three interceptions and a fumble recovery as a senior
• His strong performance helped Moore win 11 games and advance to the quarterfinals of the state championships
• Also played tight end in high school and caught six passes for 102 yards and three touchdowns in 2018
• Was named to the 2018 Lexington Herald-Leader Class of the Commonwealth
• An all-state honoree
• Coached by Carlo Stallings
• Chose Kentucky over Louisville, Miami and Purdue

Personal
• Born in Fort Lauderdale, Florida
• Son of Stacey Sherrell and the late Terrance Weaver
• Brothers are Terrance Weaver and Bruce Sherrell
• Born with six fingers on his right hand
• Majoring in community leadership and development

J.J. Says
• He chose Kentucky because it felt like home
• One word to describe him on the fi eld is “motor”
• After football, his dream job is to be a football coach
• One sentence to describe Coach Stoops is “he’s a father figure more than a coach”
• The best advice he’s ever received is “just be yourself”