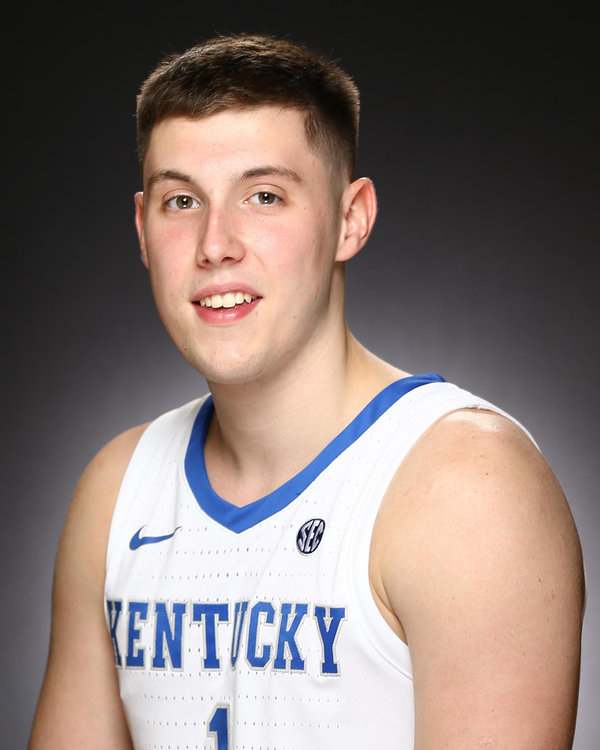 2021-22
Junior: Missed the entire 2021-22 season after undergoing surgery in mid-November to repair a left hamstring injury … Before the injury, was entering the season as the nation’s leading returner in career 3-point field-goal percentage (46.6%) with a minimum of 150 attempts … Won the 2021 Big Blue Madness 3-point contest.

2020-21 (at Iowa)
Redshirt Sophomore: Named All-Big Ten Honorable Mention by the league’s media … Earned the Iowa Men’s Basketball Big Ten Sportsmanship Award … Started all 27 games he appeared in … Missed four games due to injury … Averaged 7.5 points and 1.9 assists per game … Posted six double-figure scoring efforts … Made three or more 3s in six games … Shot 47.4% from 3, which ranked as the second-best clip by a sophomore in program history … Posted a 5.2 assist-to-turnover ratio … Tallied 18 points in a win over Penn State … Scored 19 points in a win over Northwestern … Poured in a career-high 23 points with five 3s at Minnesota … Recorded 21 points and a career-high-tying five 3-pointers in a win over North Carolina.

2019-20 (at Iowa)
Redshirt Freshman: Named to the All-Big Ten Freshman Team … Earned Big Ten Freshman of the Week honors on Jan. 20 … Saw action in 25 games … One of only three players nationally and the only player from a major conference dating back to 1993 with 65 or more assists, 32 or fewer turnovers and 46% shooting clip or better from 3-point range …. Averaged 10.2 points and 2.8 assists per game … Topped the Big Ten with a 46.1% clip (47 of 102) from 3-point range … Scored in double figures in 13 games … Recorded a season-high 21 points on three occasions … Had at least five assists in six games … Averaged 13 points per game on 60% shooting at the Las Vegas Invitational … Named to the Las Vegas Invitational All-Tournament Team … Made three or more 3s in six games … Posted 18 points in a win over Illinois … Scored 17 points in a win over Wisconsin … Totaled a season-high 21 points in a win over No. 19 Michigan … Logged 21 points against Cincinnati … Notched 21 points for the first time against Cal Poly.

2018-19 (at Iowa)
Freshman: Did not compete in any games as a freshman … Used the season as a redshirt year.

PERSONAL
Born July 10 in Cincinnati … Parents are Chuck and Laura Fredrick … Has a sister, Julia … Chose Kentucky over North Carolina, Kansas and Gonzaga … Major is community and leadership development … Comes from a family of athletes … Father played basketball at Rollins College … An uncle, Joe, played basketball at Notre Dame … An aunt, Maureen, played basketball at Xavier … Grandfather, Charlie, played football at Notre Dame … An uncle, Jerry, and grandfather, Reno Masotti, played baseball at Northwestern … Plays video games or cards, hangs with friends or watches Netflix away from the court … Favorite food is Skyline … Off the court talents includes board games and puzzles … Prays before every game … Lil Baby or Drake is on his pregame set list … First car he ever drove was a Jeep Wrangler … Lists Wedding Crashers as his favorite movie … His most memorable moment as a basketball player is winning the 2018 Kentucky High School Athletic Association state championship in Rupp Arena.