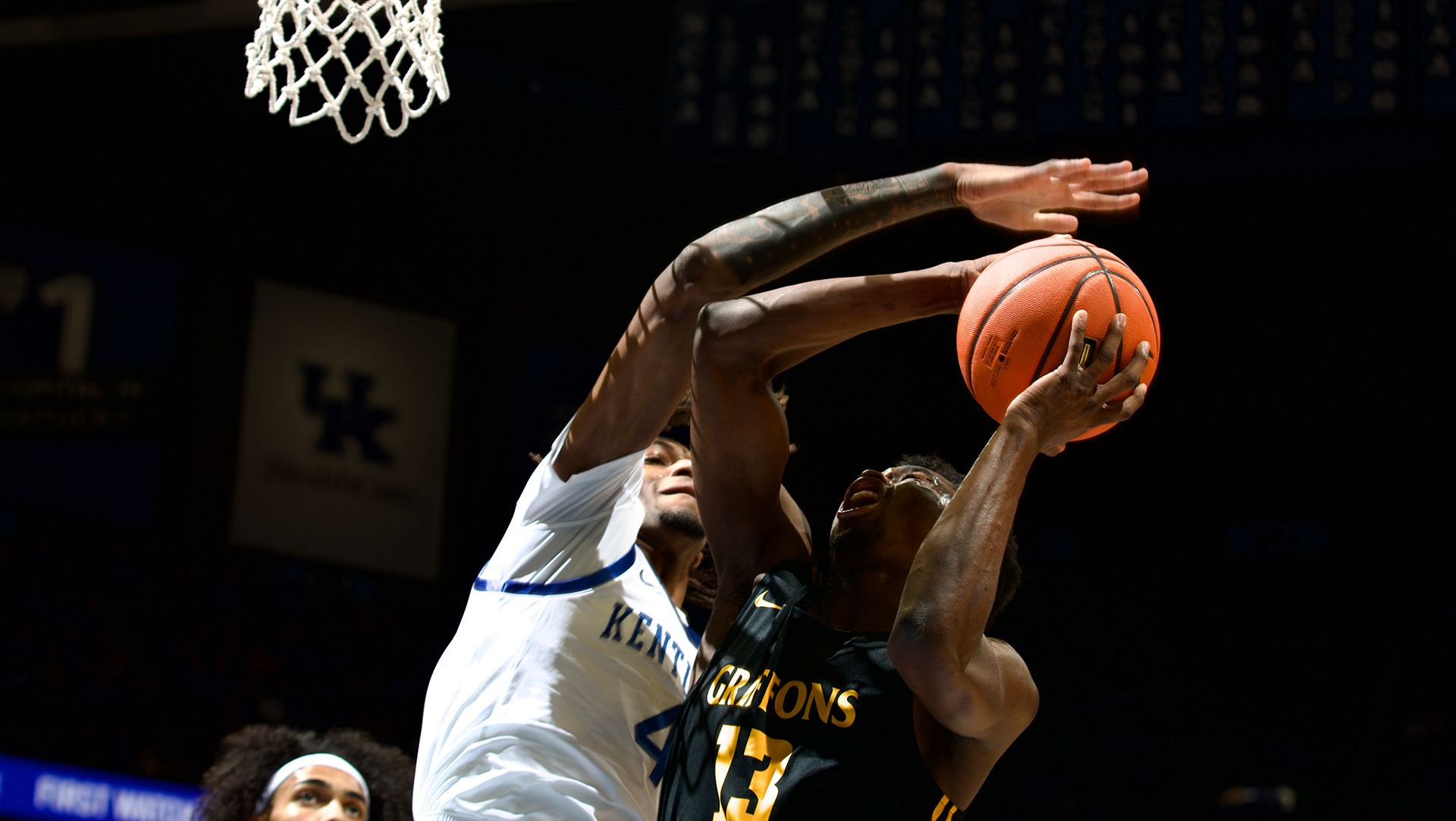 On Tuesday at the annual Kentucky basketball media day, UK head coach John Calipari said that he liked how his team performed offensively in the Blue-White Game last Saturday. But, being a coach, Calipari also found flaws with his team’s effort in the intrasquad scrimmage.

“We stink defensively,” Calipari said. “And I told ’em, and I told some individuals, ‘Look, if you want to play, if you think you’re going to play, you’re not playing. You won’t play.’”

The Cats must have gotten the message during practice this week. While the offense struggled at times during UK’s 56-38 win over Missouri Western State on Sunday night at Rupp Arena, the team’s defensive effort was solid all the way around.

The Cats also forced 16 turnovers in the contest and turned those into 17 points. Kentucky had seven steals and blocked 11 shots, led by five from freshman Ugonna Onyenso.

Unlike at the Blue-White, Calipari was pleased with his team’s defense on Sunday evening,

“We defended fairly well and scrambled pretty good, and I thought we were good enough,” Calipari said. “But you can’t play offensively like we are in that game.”

Calipari certainly saw plenty of room for improvement for his team.

CJ Fredrick led the Cats in scoring, hitting four of six from behind the arc on his way to 15 points. Jacob Toppin was the only other Cat in double figures, scoring 10 points, nine of which came in the first half.

The Cats went on a 17-2 run late in the first half to turn an 8-7 deficit into a 24-10 lead. The Griffons, led by former UK manager Will Martin, would not go away quietly, cutting the UK lead to 26-18 at the half. But MWSU would get no closer than six points the rest of the way.

Kentucky was without defending National Player of the Year Oscar Tshiebwe, who continues to recover from a minor medical procedure. Tshiebwe is day-to-day. Point guard Sahvir Wheeler suffered a leg injury in the second half and did not return to the game. His status is also day-to-day.

The Cats play their final exhibition game on Thursday night, welcoming Kentucky State to Rupp Arena. Tipoff is set for 7 p.m. ET and the game can be seen on SEC Network Plus.