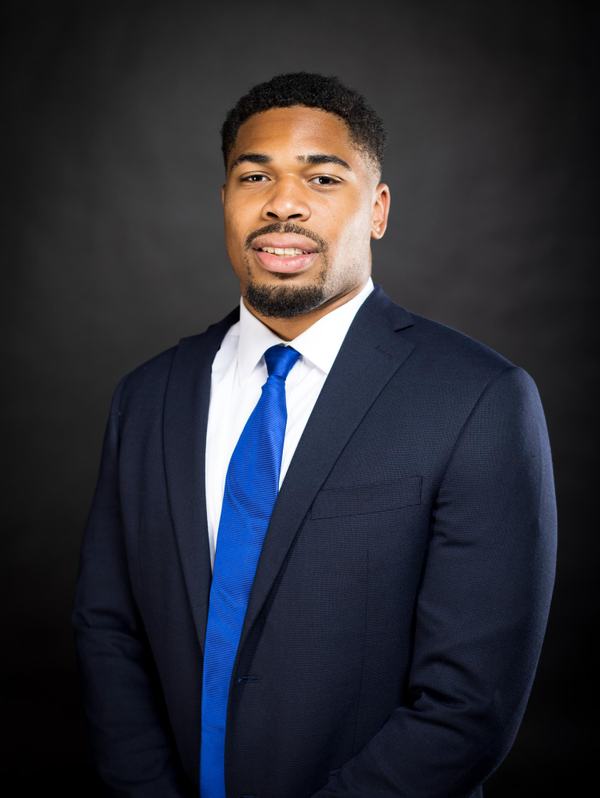 2022 – %Super Senior
• Team Captain
• Elected to return for a fifth year, taking advantage of the NCAA’s ruling to grant an extra year of eligibility due to the COVID-19 pandemic
• Transferred to Kentucky after playing in 33 career games with 19 starts at Ole Miss
• Totaled 182 tackles in three seasons with the Rebels
• Now has 45 career games played with 31 starting assignments and a total of 268 career tackles and 16.0 tackles for loss

2021 – Senior
• Started in 12 games played at Kentucky … Missed the bowl game vs. Iowa with injury
• Led the team in tackles with 86 … Also had four pass breakups, 3.5 tackles for loss, three quarterback hurries, an interception, a forced fumble and a fumble recovery
• Ranked 15th in the SEC in total tackles per game (7.17)
• Had a career-high 18 tackles at Mississippi State
• Named SEC Co-Defensive Player of the Week and Walter Camp Foundation National Defensive Player of the Week with his defensive eff orts in the win over Florida … Had a season high tying nine tackles, including one for loss, a quarterback hurry and a game-saving pass breakup … His fourth-down pass breakup in the end zone with 18 seconds left preserved the victory … Had two shared tackles for loss, one on a three-yard loss that helped force a punt and also on a one-yard loss leading up to UK’s decisive game-changing blocked punt
• Had nine tackles against UTC and also broke up a pass that saved a likely Mocs TD
• Got his first collegiate INT – and UK’s first takeaway of the year – vs. Missouri with an acrobatic leaping grab on the first possession of the third quarter, setting up a UK touchdown … He added seven tackles and a career-high two pass breakups

2020 – Junior (Ole Miss)
• Started in nine of the Rebels’ 10 games, leading the team with 75 total tackles, 2.5 tackles for loss and three quarterback hurries
• Recorded a career-high 13 tackles in the win over Indiana in the Outback Bowl

2019 – Sophomore (Ole Miss)
• Saw action in all 12 games with nine starts at inside linebacker, finishing second on the team with 71 tackles, including 7.5 tackles for loss and two forced fumbles

2018 – Freshman (Ole Miss)
• Appeared in every game as a true freshman
• Earned one starting spot vs. Southern Illinois
• Named to the SEC All-Freshman team after charting 36 tackles with 2.5 tackles for loss in his debut season
• Named to the Athletic Director’s Honor Roll in the fall of 2018 for his work in the classroom

High School
• Four-star prospect by ESPN and a three-star recruit by 247Sports and Rivals
• Ranked the No. 15 player in the state of Alabama by ESPN and No. 22 by Rivals
• Rated as the No. 10 inside linebacker nationally according to ESPN.

Community Cats
• Serves as a mentor with Amachi, an organizaton that aims to assist children affected by incarceration (2022)

Personal
• Born in Decatur, Alabama
• Son of Kendrick and Lakeshia Jones
• Siblings are Chris and Shea
• Majoring in sociology with a minor in criminology