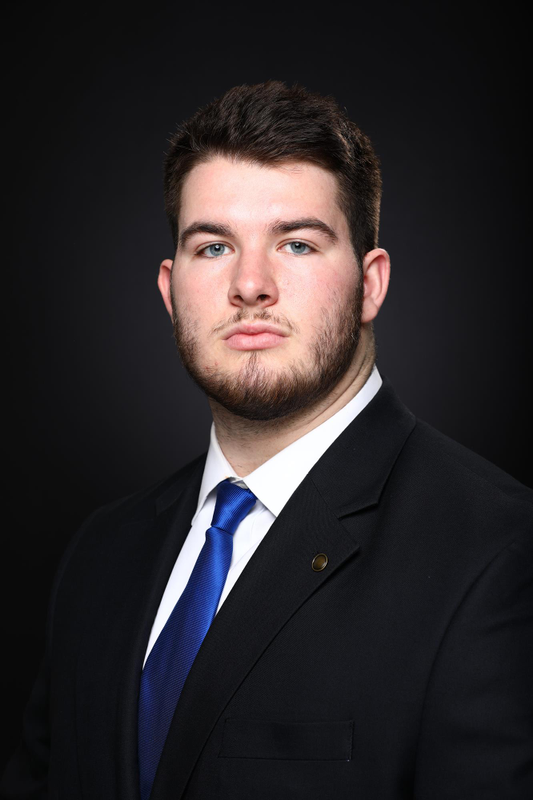 2021 – Sophomore
• Midseason All-American (ESPN, AP)
• Started at right guard in the first nine games of the season before suffering a season-ending hand injury vs. Tennessee
• Named SEC Co-Offensive Line Player of the Week in helping UK pile up 330 rushing yards in the win over LSU … Played every offensive snap and graded at 91 percent … Led the offensive line with seven knockdown blocks and had 15 blocks at the point of attack, including Will Levis’ quarterback sneak for a touchdown … Did not have any missed assignments and did not allow any quarterback sacks or pressures
• Earned his first career start vs. ULM
• Recovered a fumble in the end zone vs. Missouri, giving him his first career score
• Also recovered a fumble at South Carolina

High School
• A three-star recruit by 247sports.com and Rivals.com
• Ranked as the No. 14 Kentucky prospect in the class of 2019 by 247Sports
• Has the versatility to play at either offensive guard or tackle
• Has been instrumental in West Jessamine improving its win total each season of his prep career
• Named to the Blue-Grey All-American Bowl watch list
• Represented West Jessamine at the Louisville vs. Bluegrass Senior All-Star Game
• Coached by John Gilliam
• Chose UK over Cincinnati , Marshall, Ohio and Toledo

Personal
• Born in Nicholasville, Kentucky
• Son of John and Katherine Cox
• Siblings are Avery and Ellie
• Graduated in May of 2022 with a degree in integrated strategic communication with a business minor … Currently working on a second degree in media arts studies
• One of three representatives for UK football on the Student-Athlete Advisory Committee (SAAC) for the second straight year (2021-22) … Also elected to the SEC Football Leadership Council