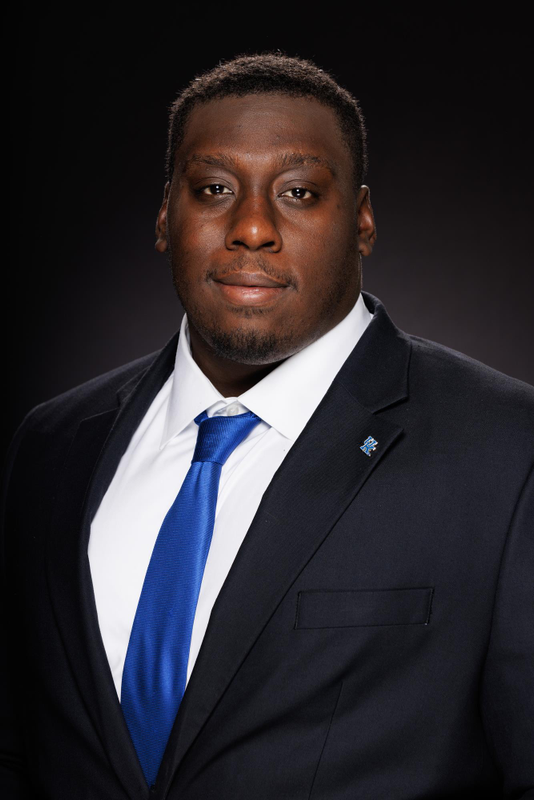 Personal
• Name is pronounced “TAY-shawn”
• Born in Charleston, West Virginia
• Son of Nakia and Curtis Manning
• Has one sister, Eboni
• Comes from a family of athletes as his mother played basketball and father played football at Marshall
• Graduated from Auburn in December of 2020 with an interdisciplinary studies degree emphasizing business, leadership and sports coaching …Currently working on a second degree in sport, fitness and recreation management
• During his senior year of high school, was diagnosed with acute promyelocytic leukemia… After eight months of chemotherapy, he was declared cancer-free on July 10, 2016

Tashawn Says
• His nickname is “Boogie”
• He chose Kentucky because he felt the love from the coaches and staff , and Coach Stoops is all about his players
• Other than playing in the NFL, his dream job is to own his an urban big man clothing store
• One word to describe him on the field is “dominant”
• The best advice he’s ever received is “the only two things you can control are your eff ort and attitude”