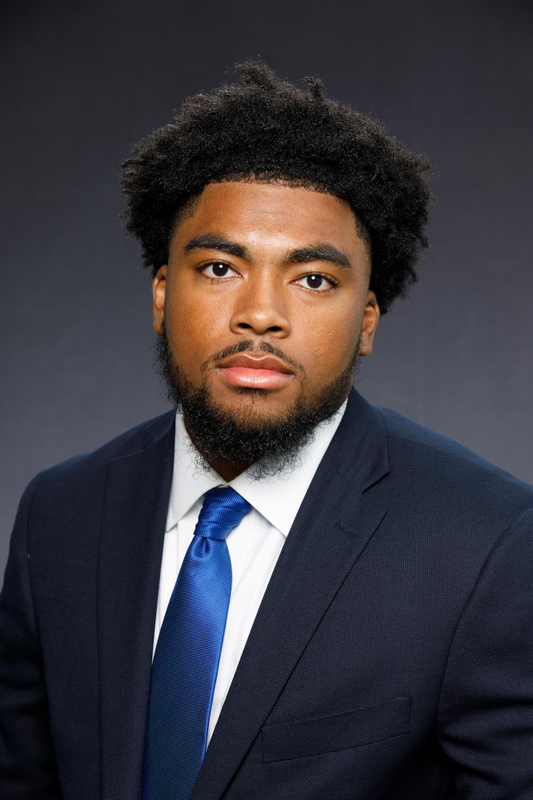 2021 – Sophomore
• Played in all 13 games with two start starts (Vanderbilt and Louisville)
• Totaled 18 tackles, a tackle for loss, a quarterback hurry, a pass breakup and an interception for a touchdown
• In his first collegiate start at Vanderbilt, made his first collegiate interception and returned it 31 yards for a touchdown
• Got a career-high four tackles at Louisville
• Playing in front of his hometown fans at South
Carolina, made two tackles, including one for loss … TFL came on USC’s fi nal possession and helped forced a fi eld goal

High School
• A three-star defensive back by 247Sports.com
• Considered the No. 9 overall recruit and No. 2 corner in the state of South Carolina by Rivals.com
• Competed in the 82nd Annual Shrine Bowl of the Carolinas and finished with four tackles
• Recorded 71 tackles, including 60 solo, eight PBUs, and three interceptions as a senior
• Named defensive back MVP
• Two-time All-State First Team selection
• Helped the Vikings finish 11-2 with a playoff berth as a junior in 2017
• Coached by Robin Bacon
• Transferred to Spring Valley after playing two seasons at Cardinal Newman
• Also a talented basketball player
• Chose UK over South Carolina, Virginia, and UNC

Community Cats
• Mentor at Liberty Elementary (2021 – present) – growing up in a military family, Jalen attended six different schools from kindergarten through 12th grade and knows a thing or two about what it feels like to be the new kid in class and how hard it can be to make new friends. Because of his background, Jalen has a passion for helping elementary school-age kids so they don’t feel alone. He uses his platform as a football player to help kids in need and in 2021, found a mentorship opportunity at Liberty Elementary in Lexington, Kentucky. He visited the school on several occasions, playing with the kids and talking to them about learning and trusting their teachers. He plans to use his platform in 2022 to spread a message about anti -bullying and being kind.
• Real Men Read (2021) – Volunteered to read to a group of first graders at Yates Elementary three times during the season
• Citrus Bowl Volunteer Project (2021) – Volunteered to mentor children in the Orlando area at an amusement park … Paired up with one of the students and began a friendship with him and talked to him about the importance of school because he was not doing well in the classroom
• Belk Bowl Volunteer Project (2020) – Volunteered to pack food bags for people in the Charlotte area with food and/or home insecurities in the community
• God’s Pantry (2020) – Volunteered to pack food bags for food insecurity elementary students in the Lexington area to take home for the weekends
• Lighthouse Ministries (2020) – Volunteered to prepare, clean and serve meals to the homeless

Jalen Says
• He chose Kentucky because of the great coaching staff and the family feel
• Most people don’t know he lived in Korea from age 5 to 9
• The people he admires most are his parents because of their work ethic
• Three words to describe him are humble, quiet, and competitive
• His favorite thing about football is competing against the best in big games