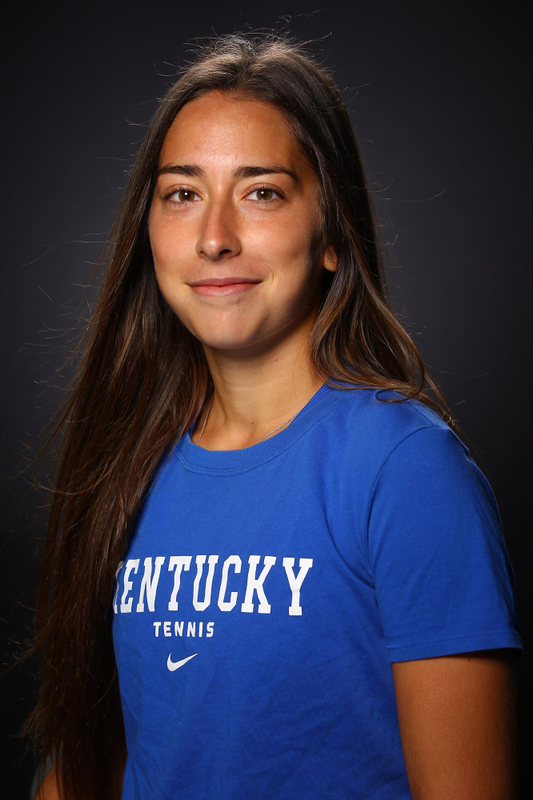 Junior (2021-22)
Recorded a 4-9 ledger in singles competition while playing on the sixth court … Had a huge comeback 3-6, 6-2, 6-3 win over LSU’s Rania Azziz in the first round of the SEC Tournament to clinch the match for Kentucky … Bested SEC foe Gracie Mulville of South Carolina in a 6-3, 6-4 decision … Also notched singles wins over Bellarmine’s Channing Varnum and Southeast Missouri State’s Lera Valeeva … Teamed up with Carlota Molina for a doubles win against Bellarmine’s Channing Varnum/Maja Kozerski for the decisive point … During the fall season, posted singles wins at both the June Stewart Invitational and the Tennessee Invitational … Advanced to the singles main draw Round of 64 at the ITA Regional Championships.

Sophomore (2020-21)
Named to the SEC Academic Honor Roll … Registered a 6-4 singles record during the regular season … Began the season with a 4-0 mark after posting victories against Miami Ohio, Cincinnati, Middle Tennessee State, and WKU … Picked up a 3-6, 7-6, 6-3 SEC win over Johanna Silva of Tennessee … Clinched a decisive 7-5, 4-6, 7-6, victory over Marta Falceto to give UK a team win over Mississippi State … Teamed up with Salsa Aher to defeat Alabama’s Sasha Gorchanyuk and Vanesa Nikolovova in the SEC Challenge during the fall season, also posting a win in singles play … Defeated Kendall Couch and Lindsay Tulenko 6-2, 6-1, both of South Carolina, at the Bulldog Invitational in the fall.

Freshman (2020-21)
Named to the SEC First-Year Academic Honor Roll … Recorded a 1-2 mark in singles and a 1-1 mark in doubles when paired with Brianna Tulloch during the fall season … Despite coming off an ankle injury that kept her out of action, competed at the Kentucky Invite during the fall season … Continued to sit out most of the dual season to recover from the ankle injury … Competed just twice during the spring season, recording a 0-2 doubles record in the conference when paired with Carlota Molina on the third court … Season was cut short on Thursday, March 12 due to the COVID-19 public health threat.