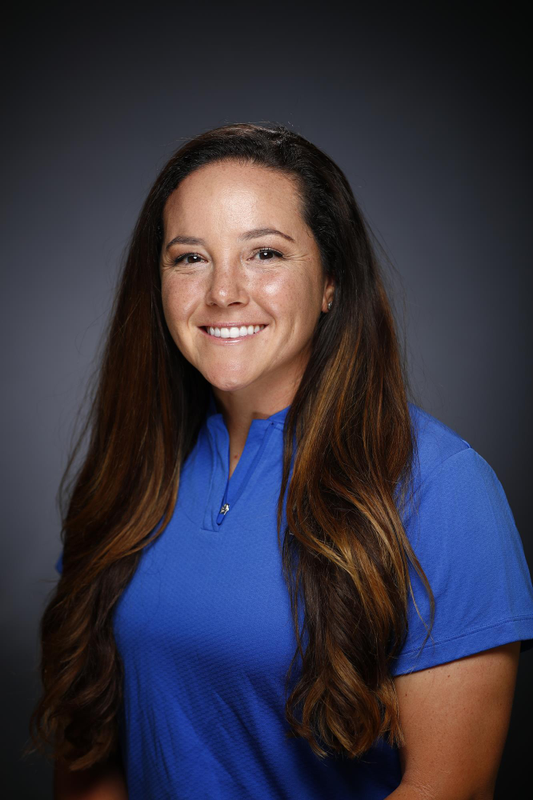 Former All-Southeastern Conference player Brittany Cervantes was elevated to the Kentucky Softball Director of Operations position in the summer of 2019. The 2023 season will mark her fourth as the DOps in Lexington.

A four-year standout and six-year holder of the school’s career home run record, Cervantes joins the UK Softball staff on a full-time basis, helping Lawson control the day-to-day activities with the program and student-athletes. Coordinating team travel, meals, scheduling and more will be within her roles and responsibilities.

“I’m looking forward to welcoming Brittany back into a full-time position to the program that she helped create,” Lawson said. “Brittany brings a wealth of championship experience and knows our program inside and out. She will be a great full-time addition to our staff.”

Cervantes is fresh off winning the 2019 Cowles Cup with the USSSA Pride, her fourth-career NPF championship. The California native hit a pair of home runs in the championship series and was again one of the most explosive offensive players in the 2019 NPF season.

Cervantes was Lawson’s first-ever recruit as the head coach of the Kentucky Wildcats and exhausted her playing eligibility in 2012. The Chatsworth, California native was a First Team All-Southeastern Conference selection in 2012 as well as All-SEC Defensive Team honoree. She was All-Region in 2011, her junior season and is one of only two UK players to hit 10+ home runs all four years of her career.

“I want to thank Coach Lawson and the entire coaching staff for giving me the opportunity to return to my alma mater and give back to the University and the program.” Cervantes said. “Since becoming a Wildcat in 2008, Kentucky has always held a special place in my heart and I’m excited to be in a position to help elevate our program to the next level.”A Kentucky softball legend is coming back to her Kentucky roots.