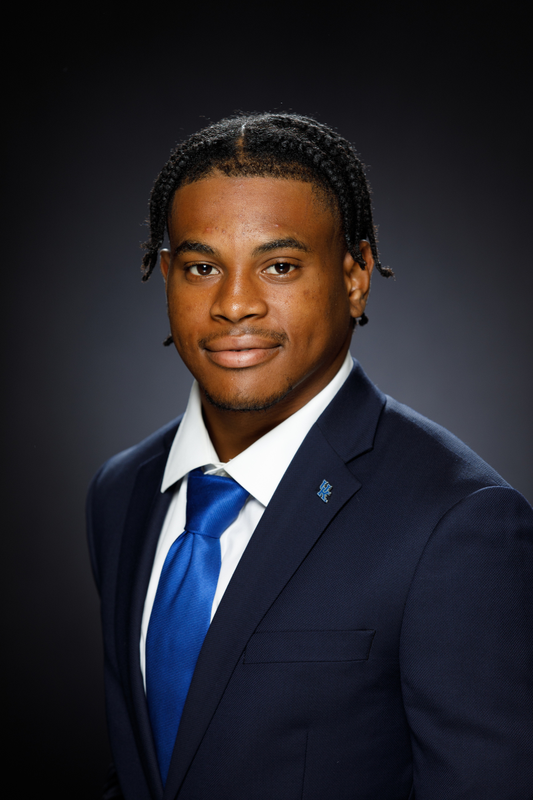 2021 – r-Freshman (Texas State)
• Appeared in 24 games with 14 starts at Texas State
• Played in all 12 of the Bobcats’ games with eight starting nods
• Tallied 74 tackles (41 solo), 1.5 tackles for loss, an interception, five pass breakups and two forced fumbles
• Ranked 17th in the Sun Belt in total tackles, 10th in the conference in solo tackles, and third on the team in tackles
• Was one of three Bobcats to intercept a pass, tied for second on team in forced fumbles and third on the team in pass breakups

2021 – Freshman (Texas State)
• Played in 12 games with six starts at nickel back
• Recorded 61 tackles to tie for fifth among team leaders
• Ranked third on the team with 35 solo stops
• Broke up four passes and recovered a fumble against SMU
• Recorded a career-best nine tackles at No. 11-ranked BYU
• Tallied seven stops at Georgia Southern
• Had six tackles against SMU and Boston College High School
• Three-star prospect out of Houston’s New Caney High School where he starred as the school’s quarterback for two years and wide receiver for two years
• Two-time District 9-5A-I Overall Most Valuable Player
• Two-time First-Team All-State
• Montgomery County Player of the Year
• Ran for nearly 3,000 yards and had 21 touchdown passes as a senior
• Also was a four-year letter winner in basketball and track & field

Zion Says
• His nickname is “Champ”
• He chose Kentucky because it offered him the best opportunity to fulfill his dreams
• One word to describe him on the field is “ballhawk”
• Three words to describe him are smart, passionate, and caring
• His favorite family recipe to make and eat is gumbo