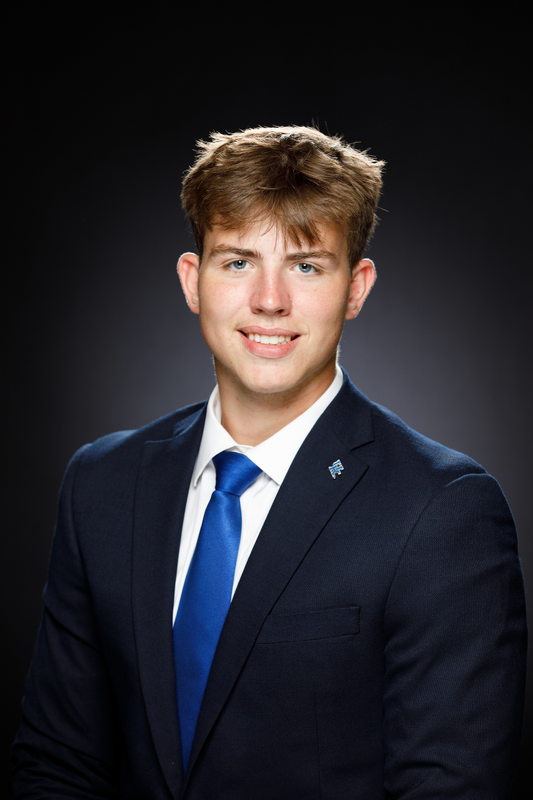 High School
• A three-star recruit who ranks as a top 50 tight end nationally by Rivals
• Ranked as the No. 26 recruit in Ohio by Rivals and No. 30 by 247Sports
• Had 42 catches for 553 yards and one score for head coach Mark Elder at Archbishop Moeller High School in 2021
• Helped the Crusaders win the Division 1 Region and finish in the state semifinals
• Two-time Greater Catholic League (GCL) Tight End of the Year
• Two-time All-GCL First Team member
• Two-time All-City and All-Region First Team
• OHSAA Division 1 First-Team All-State
• Named Max Preps Division 1 First-Team All-State
• Earned Southwest Ohio Football Coaches Association All-City Division 1 First Team
• In eight games in an abbreviated COVID-19 season in 2020, he had 23 catches for 288 yards and four touchdowns
• Reunites with former Moeller standouts at UK, tight end Brenden Bates and defensive back Carrington Valentine
• Also a three-year letter winner as a power forward in basketball
• Chose UK over Michigan, Northwestern, Louisville and Cincinnati

Community Cats
• Volunteered to at the Kentucky Children’s Hospital, visiting with the kids and playing games (2022)

Personal
• Name is pronounced Josh “KAT-us”
• Born in Cincinnati, Ohio
• Son of Lisa and Eric Kattus
• Has two younger brothers, Tucker and Justin
• Dad, Eric Kattus, was a tight end at Michigan from 1982-85 and went on to a seven-year career in the NFL, playing six years with the Cincinnati Bengals and one with the New York Jets
• Major is undecided

Josh Says
• Nickname is “Big Katt”
• He chose Kentucky because he loved the coaching staff and it felt like home
• One thing most people don’t know about him is that he is a great pickleball player
• Three words to describe him are enthusiastic, leader, and loyal
• The best advice he’s ever received is “work hard even when no one is watching”