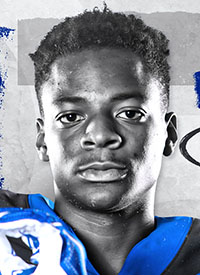 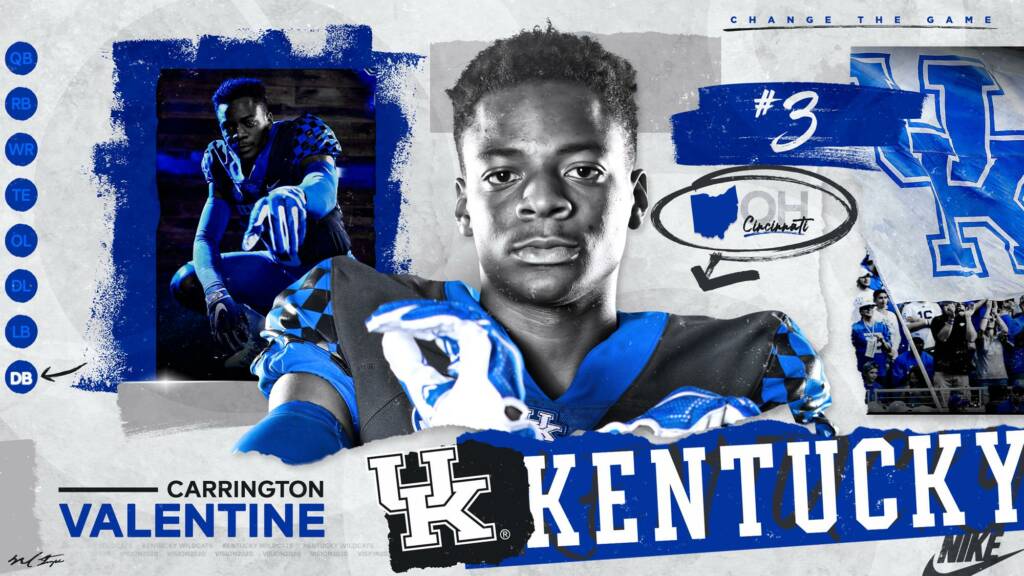 One of nation’s top-100 cornerbacks as rated by Rivals.com, 247sports.com and ESPN … Rated as high as No. 23 in the state of Ohio by Rivals … Named first-team All-Southwest Ohio as a senior by area coaches … Made 32 tackles, had five pass breakups and blocked two kicks … Speed showed on his kickoff returns, averaging 31.7 per runback, including two for touchdowns … Played at Moeller High School for Coach Todd Naumann … A versatile athlete, he began his career as a wide receiver before moving to cornerback as a junior … Also an outstanding basketball player … Fielded many offers, narrowing his choices to Kentucky, Michigan State and Pittsburgh before tabbing the Wildcats.