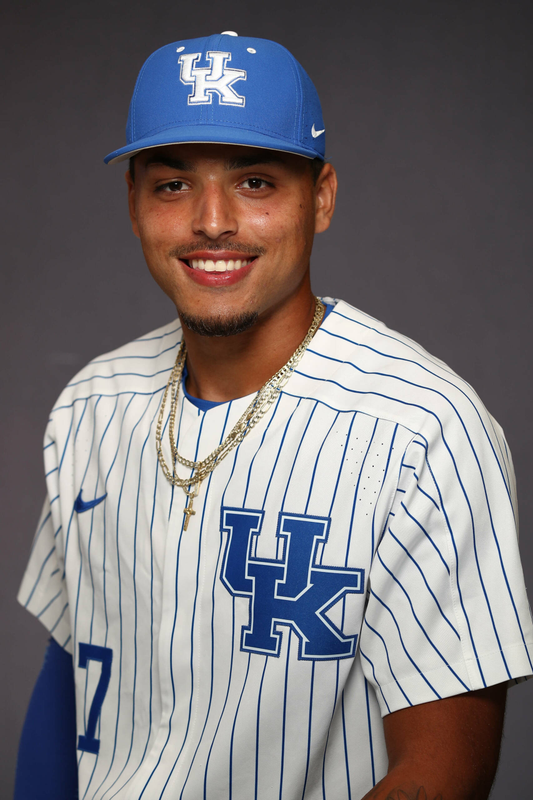 Played for the Wareham Gatemen of the Caped Cod League…Vatted .258 across 31 at bats with two runs and three RBI…Walked six times…Was settling in and heating up when the summer ended, finishing with a four-game hitting streak…Earned high praise for his patient approach at the plate.

Batted .378 in 37 AB with four doubles, three homers, 10 RBI and 13 runs…Started 12 games and appeared in 20….Became UK’s starting catcher by the end of the season…Was names SEC All-Tournament after batting a team-best .429 with a two-homer game vs. LSU and team-high six RBI…Mashed his first career home run at Florida, just an hour from his hometown…Had a hit in 8 of his last 10 games and reached base safely in each of his final 14…First career hit came on 2/26/22 vs. Western Michigan…Had a 1.270 OPS and 16.85 runs created per nine innings.

HIGH SCHOOL
Ranked by Perfect Game as the No. 269 player overall and No. 23 catcher in the country…In talent rich Florida was the No. 54 player overall and No. 6 catcher…Played catcher, third base, first base and outfield for coach Brady Bogart at Villages Charter…Named all-state in 2018…Team was back-to-back district champions in 2017 and 2018 and regional runner-up in 2018…Future Stars Series 2019 Program 15 2020 Grad Class All-Tournament Team…2019 Perfect Game WWBA 2020 Grads/17U National Championship All-Tournament Team…Also played basketball.

PERSONAL
Full name is Devin Tyce Burkes…Born in Sarasota, Fla. …Son of Traci Burkes and Denise Woodall…Has an older brother, Trayon…Favorite MLB team is the New York Yankees and favorite player is Chicago Cubs star Javy Baez…Picked UK because he “fell in love with everything about the school”.