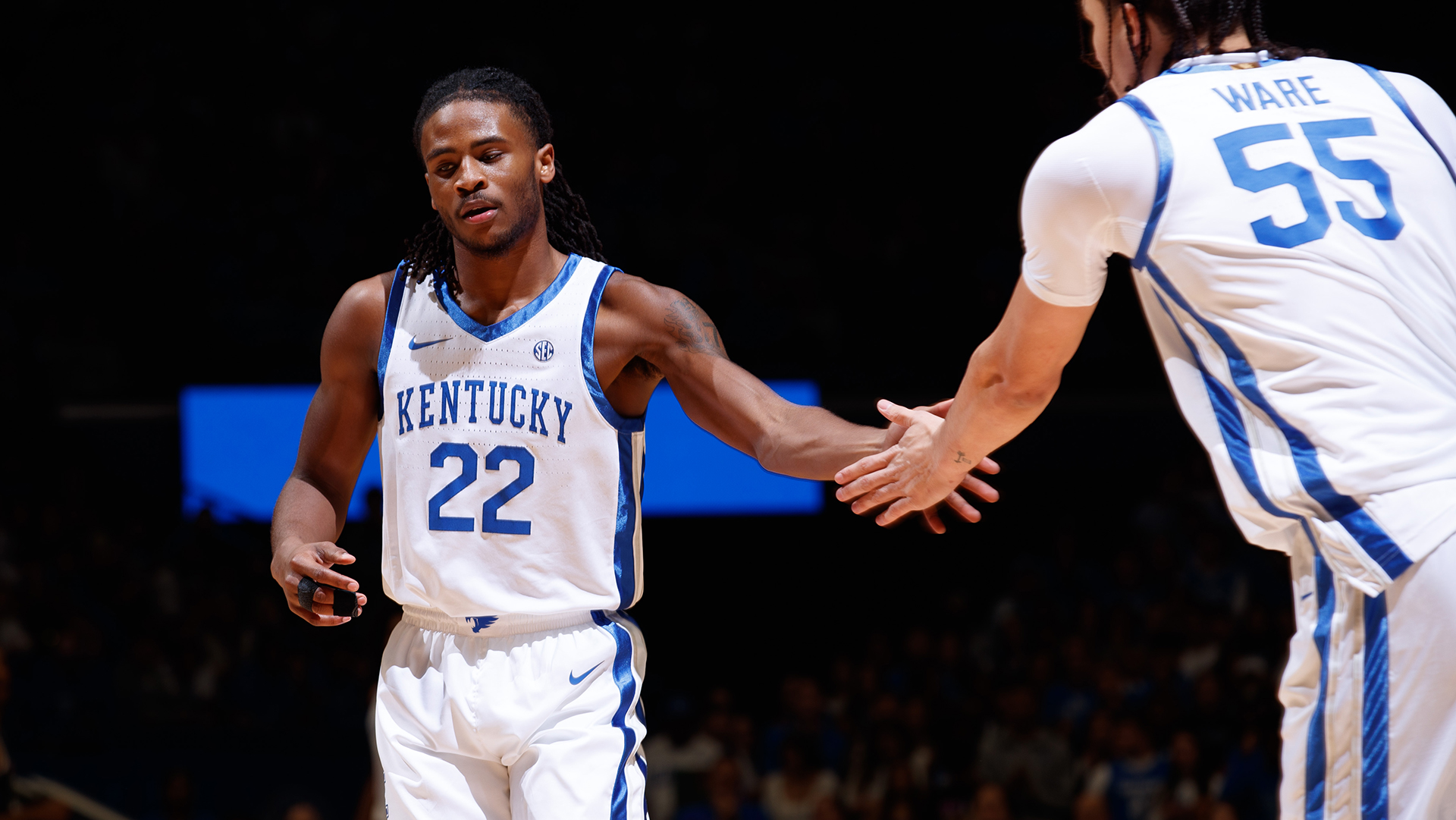 Cason Wallace Leads No. 4 Kentucky Past Howard in Opener

Kentucky opened its 2022-23 season on Monday night at Rupp Arena against Howard. But the Cats were shorthanded in the first game of the campaign, missing three starters, including Oscar Tshiebwe, Daimion Collins and Sahvir Wheeler.

With Wheeler out of the lineup, someone needed to step into the role of running the offense and being the distributor.

The Dallas native filled that role admirably in Monday’s contest as the Cats blew out Howard 95-63.

In the first half, as the Cats were feeling their way through Wheeler’s absence, Wallace had eight points, five rebounds, four assists and two steals in 19 minutes.

Wallace continued his solid play in the second half, finishing the game just short of a triple double. He scored 15 points, hitting seven of 11 from the floor, including one of two from behind the arc. He dished out nine assists, grabbed eight rebounds and had a pair of steals in his official UK debut.

UK guard CJ Fredrick was impressed with Wallace, who was playing in his first official college game.

“It’s crazy. It’s his first college game, kid’s 19 years old, that’s not normal,” Fredrick said. “There’s not many people in the country doing that, let alone as a freshman. He brings such a different dimension to our team. What he’s doing at his age and at his first college game is special.”

Wallace was pleased with his effort in replacing Wheeler on Monday.

“I feel like I did pretty good,” the freshman said. “Going against (Wheeler) in practice really helped me in this situation- going against quicker guards, using my body, and hitting the open man when they’re open.”

Wallace even got the chance to share a moment with Calipari during the game. After Wallace scored on a dunk, he gave his head coach a look while running back down the floor.

While Wallace was outstanding, Monday’s win was a team effort. Antonio Reeves led the Cats with 22 points, while Fredrick had 20. Jacob Toppin had a double-double with 15 points and 11 rebounds.

Kentucky returns to action on Friday, hosting Duquesne at Rupp Arena. Tipoff is set for 7 p.m. and the game can be seen on the SEC Network.