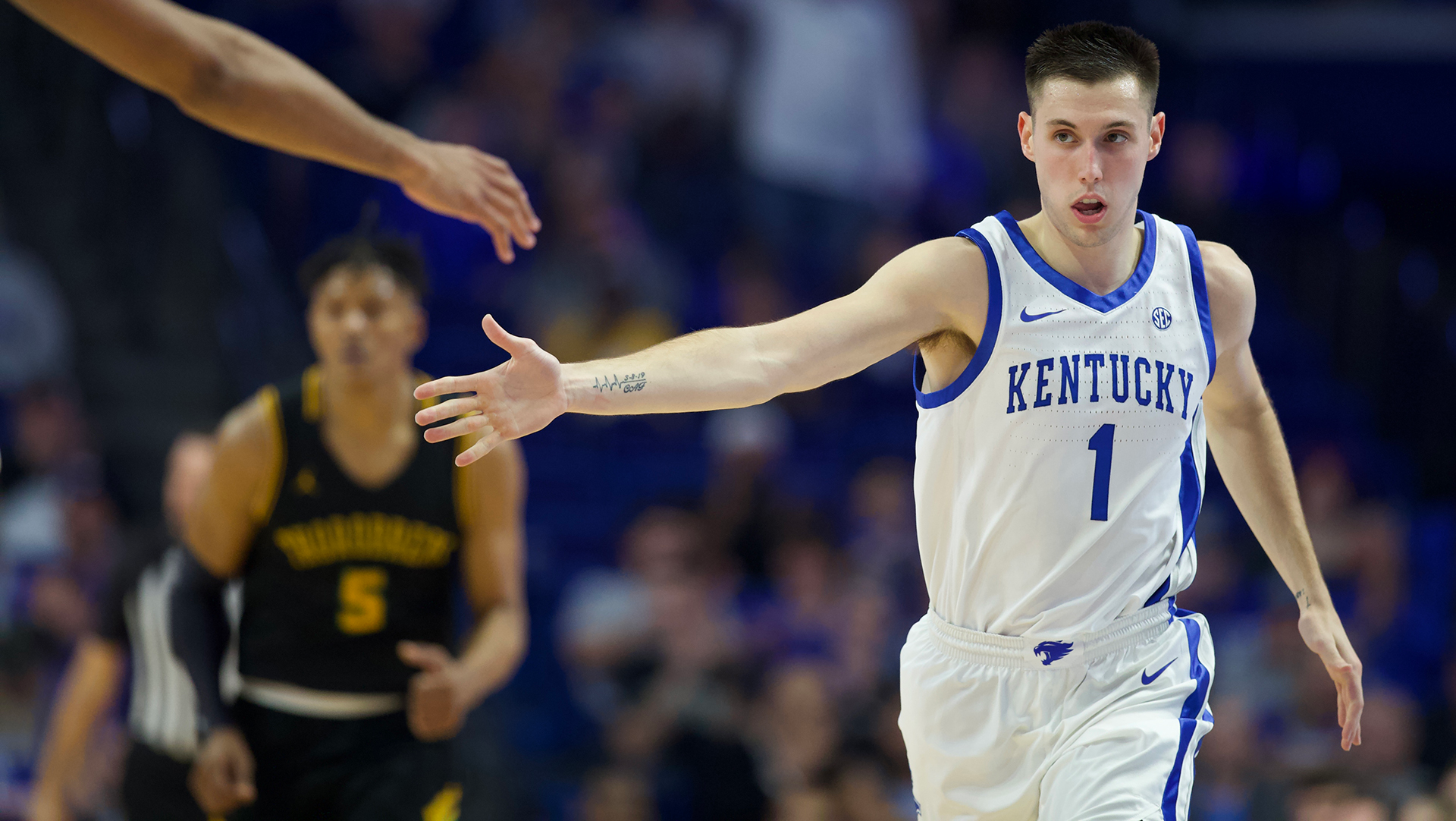 No one could have blamed the Kentucky men’s basketball team if they had not been in a proper mindset for Thursday’s exhibition game against Kentucky State. After all, it had been a difficult week, both physically and mentally, for the Cats.

Kentucky has a number of players out of the lineup due to injuries. Among those are defending National Player of the Year Oscar Tshiebwe and preseason first-team All-SEC point guard Sahvir Wheeler.

On Tuesday, the team got the news that Ben Collins, father of UK sophomore forward Daimion Collins, had passed away. It was a tough blow for the tight-knit team to see one of their own dealing with the loss of a parent.

But the Cats showed no signs of their minds being anywhere but Rupp Arena once the game started. Kentucky State scored first, but Kentucky answered with a 16-2 run over the course of 3:22 to put this one away early. UK would place six players in double figures on its way to a convincing 111-53 victory over KSU on Thursday night at Rupp Arena.

Antonio Reeves paced the Cats with 23 points, hitting five of 10 from beyond the arc. Jacob Toppin had 21 points, while CJ Fredrick and Chris Livingston each had 14. Cason Wallace scored 12 points and Lance Ware added 10 points and nine rebounds.

But on this night, the Cats had Collins and his family on their minds after a tough couple of days, according to UK head coach John Calipari, who broke the news to the Cats Tuesday night.

“I was good until I saw the team,” Calipari said. “Then, it took me a while to get composed.”

“The message – it wasn’t what someone did to (Ben Collins),” Calipari told his squad. “God took him.”

Calipari made his home available to the team, some of whom stayed at his residence.

“The team, that first night, we had six guys stay at my house,” Calipari said. “For the players, you’ve got to be there for each other.”

And as for Collins, Calipari offered him some advice on how to handle grieving.

“Daimion, he’s very quiet,” Calipari said. “And I told him grieving and depression, you’re going to get in a dark place. My only thing to him was, if all you’re doing is sleeping and looking at that phone, you’re in a dark place. If you need to talk to players, talk to your teammates. Even if you’re crying, you’ve got to talk to somebody. The other thing is, you’ve got to exercise to get yourself going.”

As for the game, it was much different than just four days prior. Kentucky had problems scoring in Sunday’s 56-38 win over Missouri Western State. The Cats had no such issues on this night, eclipsing 56 points with more than three minutes still remaining in the first half.

Kentucky opens the regular season on Monday, hosting Howard University at Rupp Arena. Tipoff is set for 6:30 p.m. ET and the game can be seen on the SEC Network.