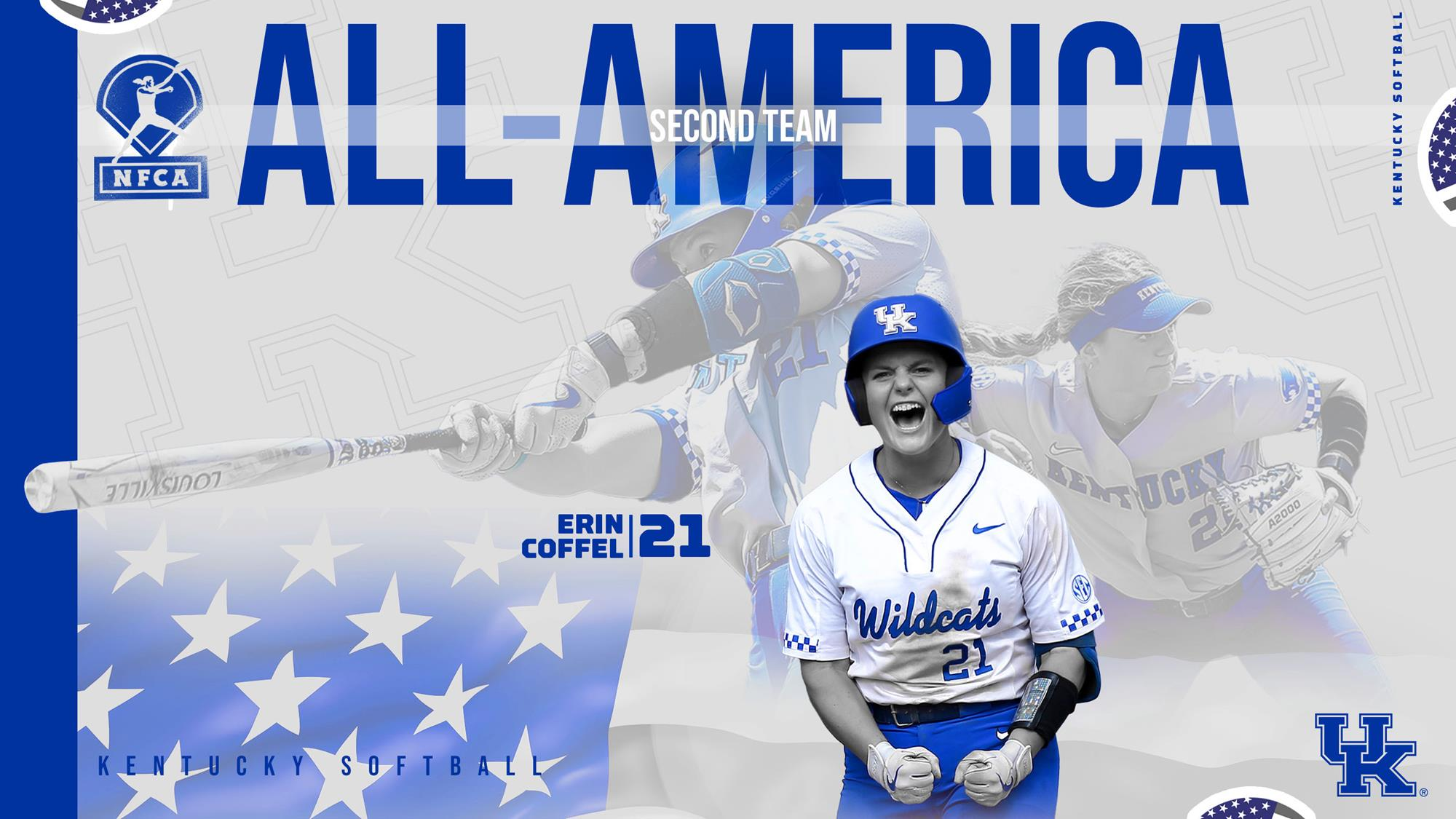 She becomes the sixth different UK player to be named an All-American, and the third shortstop coached by Rachel Lawson, joining Molly Belcher and Katie Reed. Her name will now be added to the All-American boards at John Cropp Stadium, where it will forever be a part of the program’s history.

Coffel hit .423 this season with 20 home runs and 68 RBI, setting a new single-season record for most RBI in Kentucky Softball history. She had 32 extra-base hits to lead all Wildcats with 11 doubles, a triple and 20 home runs.

The Bremen, Indiana native scored 44 runs as part of the best offense at Kentucky in school history, which hit .333 as a team, scored 381 runs, bombed 85 home runs and knocked in 353 scoring tallies. She also successfully stole six bases and competed in all 56 games the Wildcats played in 2022.

Coffel was named First Team All-Southeastern Conference for the first time in her career this season, as well as taking home an NFCA National Player of the Week honor on April 19 after her two-home run performance against No. 4 Arkansas.

She set a new program record for most RBI in a game with seven, as she drove in seven runs against Miami in the opening round of the 2022 NCAA Softball Tournament’s Blacksburg Regional. She became only the third player in program history to record 20+ home runs in a single season and scored a run in a whopping 21 of the final 30 games of the season.

Coffel was named a finalist for the USA Softball National Player of the Year when the list was whittled down to 25 entrants.