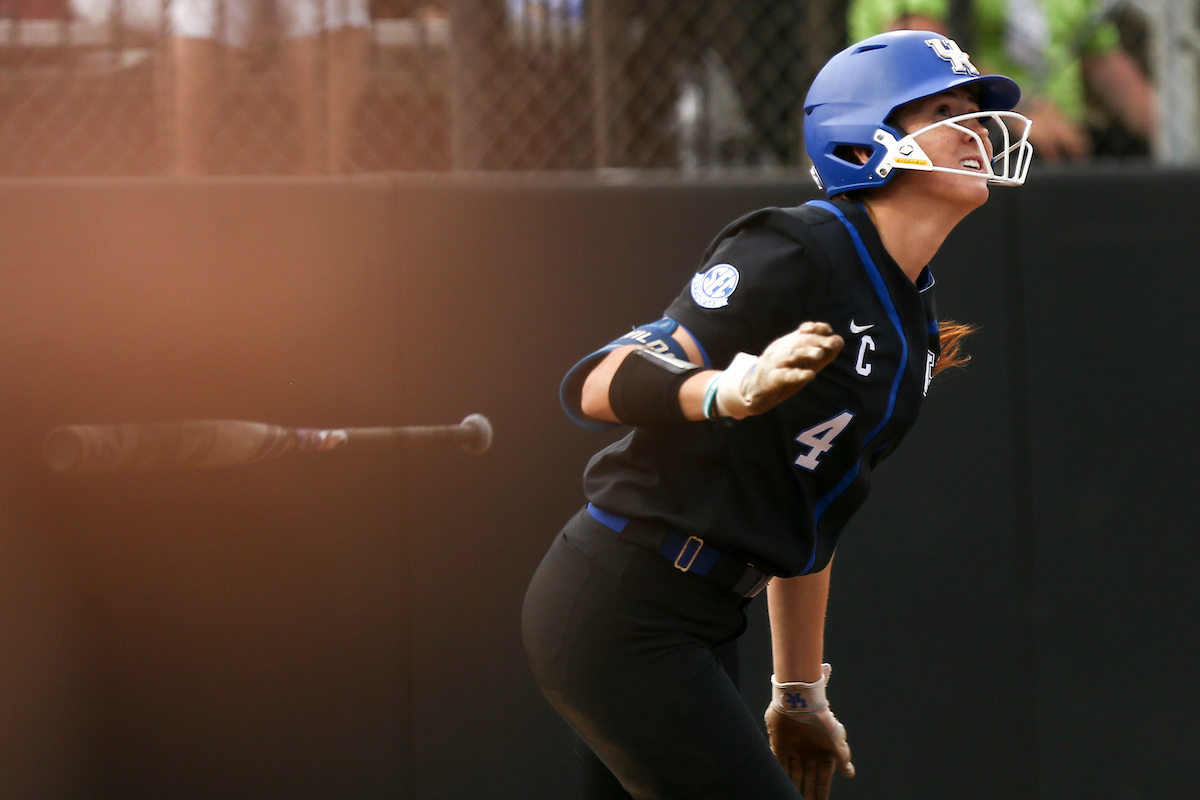 BLACKSBURG, Va. – Renee Abernathy hit a three-run home run in the top of the seventh inning and Alexia Lacatena pitched six sparkling innings as the Kentucky Softball team overcame a 4-0 deficit to beat Virginia Tech 5-4 on Saturday afternoon to book a spot in the Blacksburg Regional final.

The Hokies got out to a 4-0 lead in the bottom of the first inning thanks to a grand slam before UK was able to record an out in the inning, and that was the only number that VT put on the board all afternoon. Kentucky then scored five unanswered runs in the sixth and seventh innings to come from behind to win the game.

In the seventh inning, Vanessa Nesby and Kayla Kowalik led off the inning with back-to-back singles to prompt Virginia Tech into a pitching change to Keely Rochard. Erin Coffel laced an RBI single through the left side to score Nesby and that made it a 4-2 lead for VT. Renee Abernathy then hammered out a 1-1 pitch to right field to score three runs and put Kentucky into the lead.

With the win, Kentucky moves into the 2022 Blacksburg regional final, which will be played Sunday at Noon ET. Kentucky will need to beat either Virginia Tech, Miami (OH) or St. Francis once to advance. The other team will need to beat UK twice.

TV assignments for Sunday will be announced Sunday morning.

Key Play
Abernathy’s three-run homer was the key play in the game as it put Kentucky ahead 5-4 for the first time all day.

Key Player
The key player in the game was Vanessa Nesby. The Kentucky right fielder went 2-for-2 at the plate with two singles and a run scored.

Run Recap
The Hokies took a 4-0 lead in the bottom of the first inning before UK was able to register an out on a grand slam. VT 4, UK 0

Taylor Ebbs put Kentucky on the board in the top of the sixth as she hit a home run into the left field bleachers. VT 4, UK 1

In the seventh, UK scored four times as Coffel brought in a run thanks to an RBI single, and Abernathy’s three-run bomb put UK ahead. FINAL – Kentucky 5, Virginia Tech 4