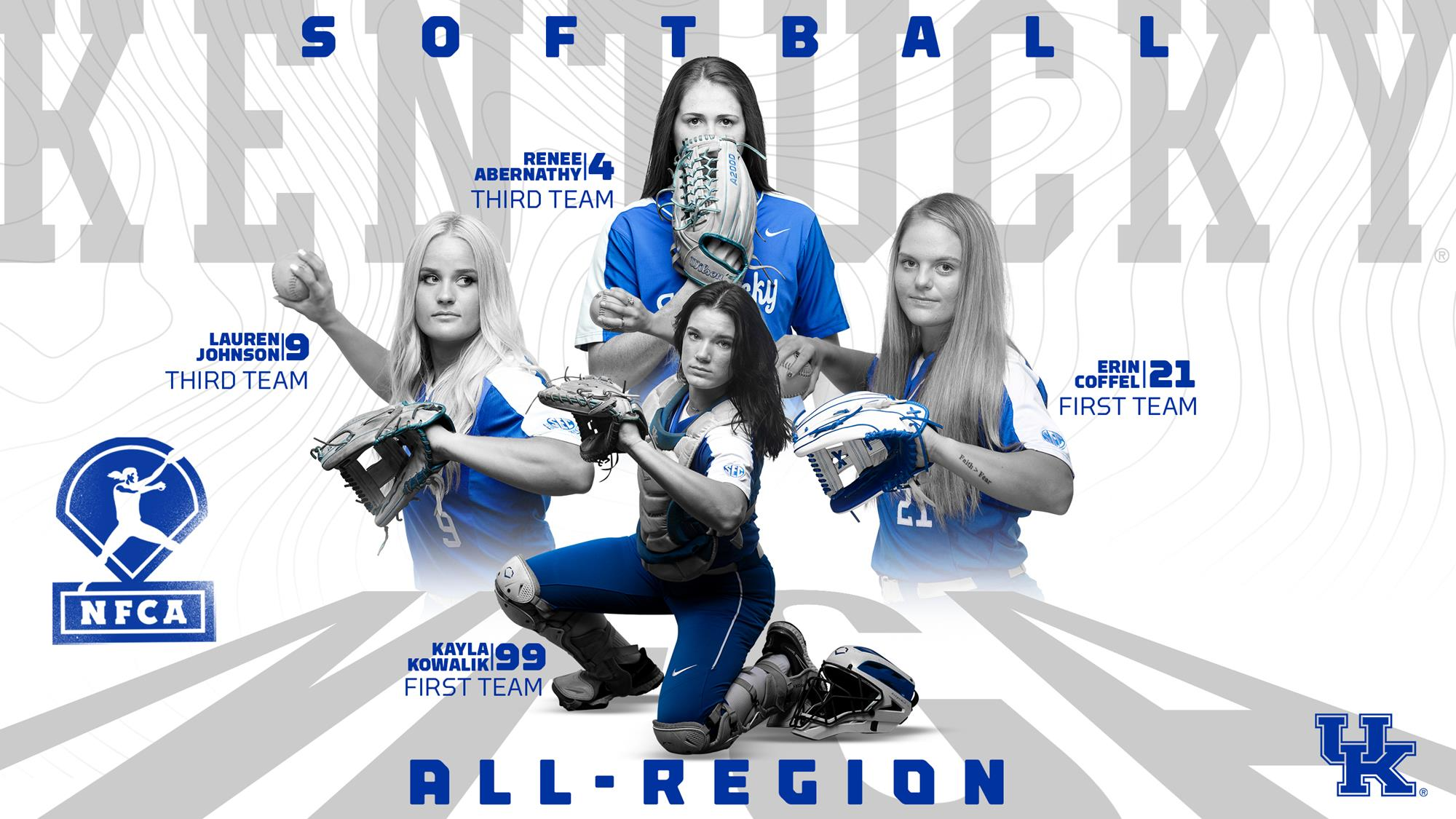 LEXINGTON, Ky. – The National Fastpitch Coaches’ Association announced that four Kentucky Softball players were named to its annual All-Region Team, thus qualifying them to be in the pool for All-America status to be announced later this month.

Kentucky kicks off NCAA Tournament play Friday at 4:30 p.m. ET against Miami (OH) in the 2022 Blacksburg Regional with the game streamed live on ESPN+ with Pam Ward and Jenny Dalton-Hill on the call from Tech Softball Park.