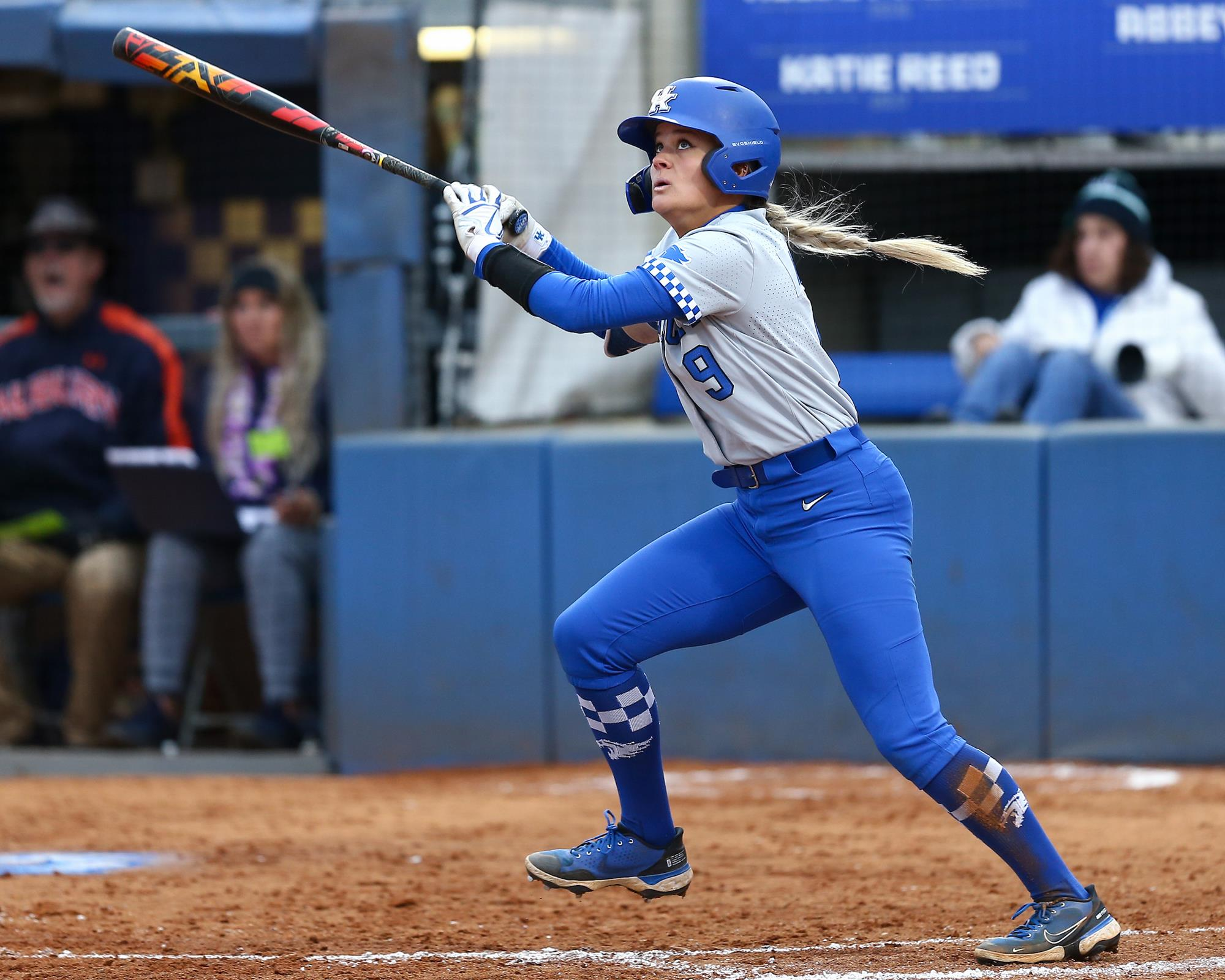 LEXINGTON, Ky. – The Kentucky Softball dropped a 9-3 decision to the host Florida Gators on Thursday night at Katie Seashole Pressley Stadium in the 2022 Southeastern Conference quarterfinals.

Florida was given eight walks in the game, the most issued by Kentucky pitching on the season in the 52-game season to this point. Florida advances into the SEC Tournament semifinals on Friday afternoon and will play Arkansas or Ole Miss.

Kentucky concludes its 2022 NCAA Tournament resume with a 35-17 overall record. Florida improves to 43-15.

Lauren Johnson hit a two-run bomb in the bottom of the first inning to make it a 3-2 game after the Gators struck for three early runs, but the Gators ballooned the lead as the game progressed and added runs in the second and sixth innings.

Kayla Kowalik and Lauren Johnson both had two hits in the game as part of seven hits for the Wildcats on Thursday.

The 2022 NCAA Softball Selection Show will be held Sunday night on ESPN2 at 7 p.m. ET.

Key Play
Erin Coffel, Renee Abernathy and Kayla Kowalik teamed up to nail a runner at home in the fifth inning to keep the Gators off the scoreboard. The Kentucky defense threw out two runners at the plate during the game and Kowalik nailed a runner trying to steal at second, as well.

Key Player
Lauren Johnson was the key player in game with a single, a home run and a pair of RBI.

Key Stat
8. Kentucky pitching issued eight walks, the most it has all season in a single game. Four of the eight walks were awarded to the Gators in the first inning alone.

Run Recap
Florida scored three runs in the top of the first inning thanks to walk with the bases loaded that forced in a run, and a two-RBI single to plate a pair in the inning. UF 3, UK 0

In the bottom of the first, Lauren Johnson cranked a home run to RF with Kayla Kowalik on first to pull the Wildcats back within a run in the opening inning. UF 3, UK 2

Walks continued to haunt the Wildcats pitching staff in the second inning as Charla Echols doubled to left center to score two runs and an RBI single later in the inning expanded the lead to four. UF 6, UK 2

Emmy Blane hit a home run to left in the bottom of the second inning to cut the lead to three. UF 6, UK 3

In the sixth inning, Florida scored three runs off of three-straight hits, including a home run by Skylar Wallace after Kentucky changed pitchers. UF 9, UK 3