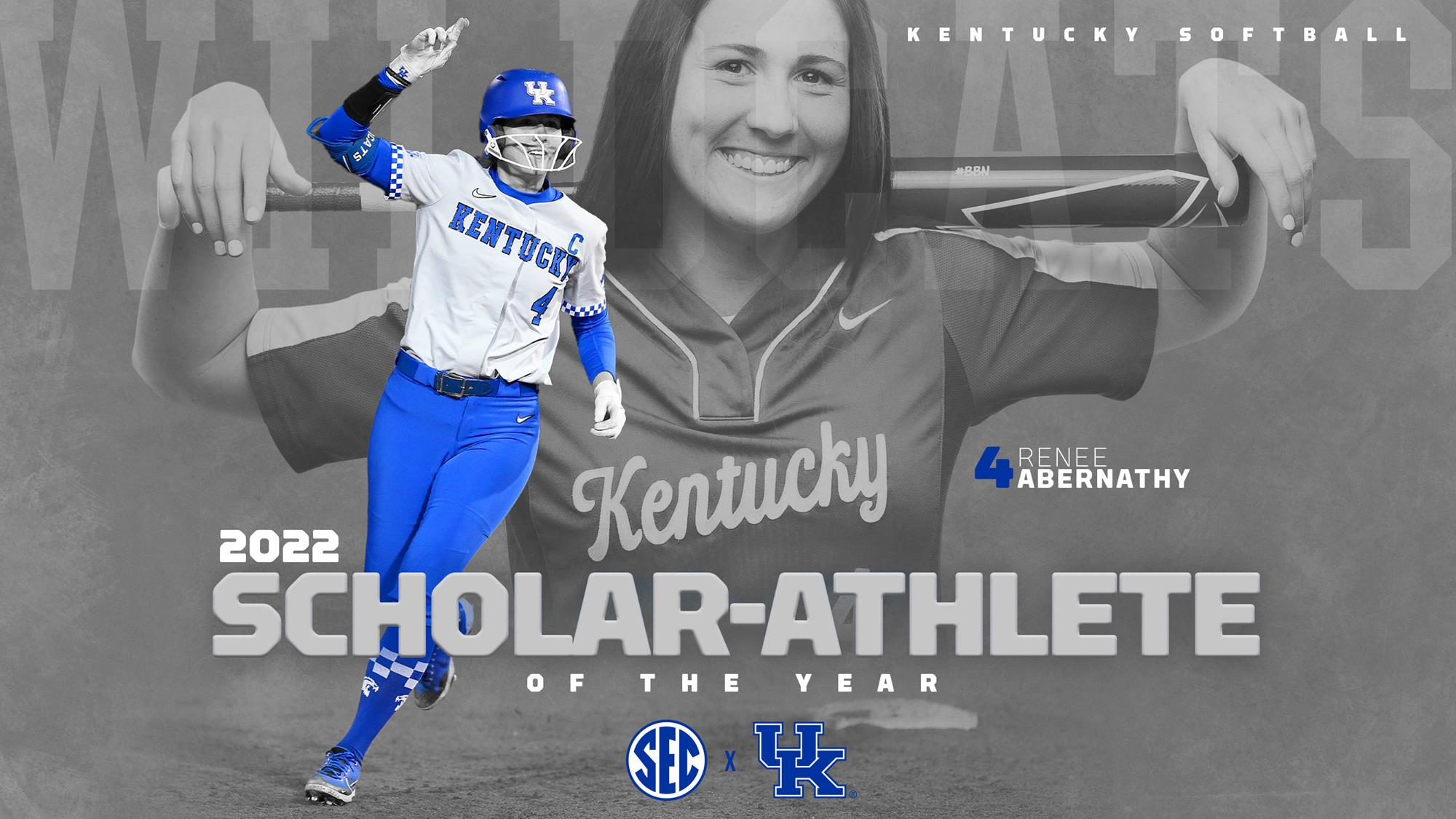 LEXINGTON, Ky. – Kentucky Softball senior Renee Abernathy was named the 2022 Southeastern Conference’s Scholar-Athlete of the Year for softball on Thursday afternoon prior to the team’s quarterfinal round game vs. Florida.

She becomes the third Kentucky Softball player in the last five seasons to win the award, joining Katie Reed in 2018 and 2019 and Bailey Vick in 2020. UK has won four of the last five SEC Scholar-Athletes of the Year in the sport of softball.

Abernathy, a senior from Springfield, Ill., will graduate this month with a 4.00 grade point average in Human Health Sciences of the medical field at the University of Kentucky. She is in the final stages of applying to be in the United States Naval Academy. Last season, Abernathy was named to the CoSIDA Academic All-District Team. She has been awarded spots on the First-Year SEC Academic Honor Roll in her freshman season of 2019 as well as the Spring SEC All-Academic Honor Roll in 2020 and 2021.

Abernathy is second on the team with 13 home runs this season, her second consecutive season incurring double-digit home runs. She has been named the SEC Player of the Week and is currently hitting .331 with 47 runs batted in and 35 runs scored. Abernathy ranks in the top of the SEC in batting average, home runs, runs batted in and doubles, with six two-baggers on the season. She hit a walk-off homer against Auburn to clinch the series in game three and has hit seven of her home runs on SEC pitching.