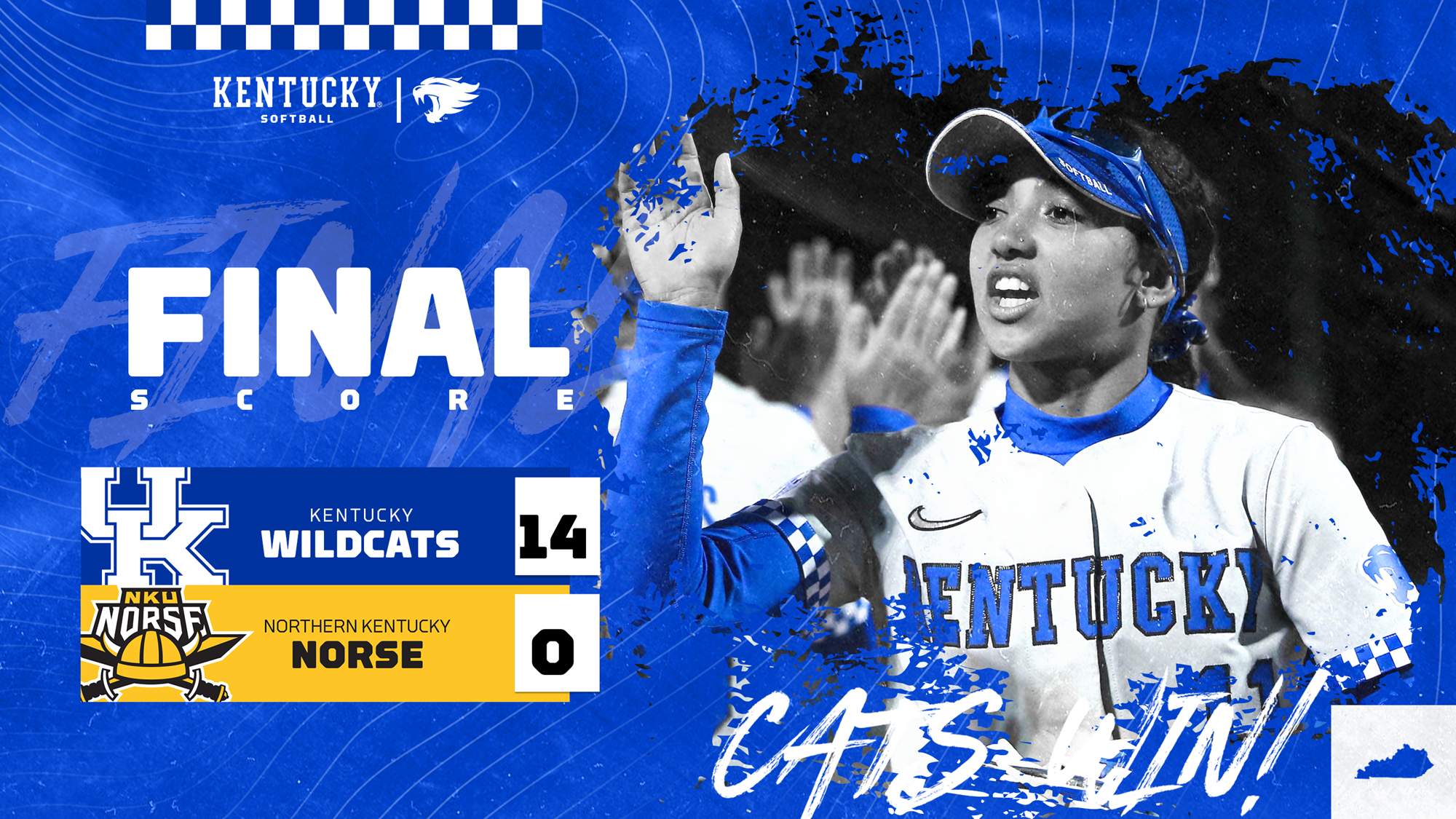 Meeko Harrison Explodes For Four RBI as No. 11 Kentucky Wins

LEXINGTON, Ky. – Sophomore Meeko Harrison had a three-run home run and an RBI single as she helped steer the No. 11 Kentucky Softball team to a 14-0 win over Northern Kentucky on Tuesday night to break a three-game losing streak.

Kentucky as a team hit a season-high five home runs in the game, with one each from Lauren Johnson, Emmy Blane, Meeko Harrison, Kayla Kowalik and Erin Coffel. The 14 runs on 12 hits for UK was its most runs scored since a March 10 win against Ohio University.

Tatum Spangler picked up the complete-game shutout win with another sparkling performance in the circle with only one hit surrendered. Spangler had five strikeouts in the circle and needed just 70 pitches to complete the game.

Kentucky will close out the home portion of its 2022 schedule this weekend as it hosts (RV) Mississippi State for a three-game Southeastern Conference series beginning Friday at 6 p.m. ET. Saturday’s game will be Senior Day with the 2022 senior ceremony honoring Renee Abernathy, Jaci Babbs, Emma Boitnott and Tatum Spangler taking place prior to the 3 p.m. ET first pitch.

Key Play
The key play was Meeko Harrison’s three-run bomb to straight-away CF in the bottom of the second inning of the game.

Key Player
Kayla Kowalik was the key player in the game, going 1-for-1 with a HR and a walk with two runs scored. Kowalik’s HR was her fifth on the campaign.

Key Stat
5. Kentucky hit five HR’s, its most of the season in a single game.

Run Recap
Lauren Johnson opened the scoring with a two-run HR in the bottom of the second inning. UK 2, NKU 0

Kentucky exploded for eight runs in the bottom of the second inning. Emmy Blane hit a two-run homer, and Kayla Kowalik hit a solo blast followed by RBI hits from Rylea Smith and Erin Coffel to make it a 6-0 lead. Meeko Harrison then belted a three-run blast to CF to extend the UK lead. UK 10, NKU 0

Erin Coffel led off the bottom of the fourth with a solo homer. Meeko Harrison drove in a run with a single into CF and Jaci Babbs had a sac fly in the fourth. FINAL – Kentucky 14, Northern Kentucky 0