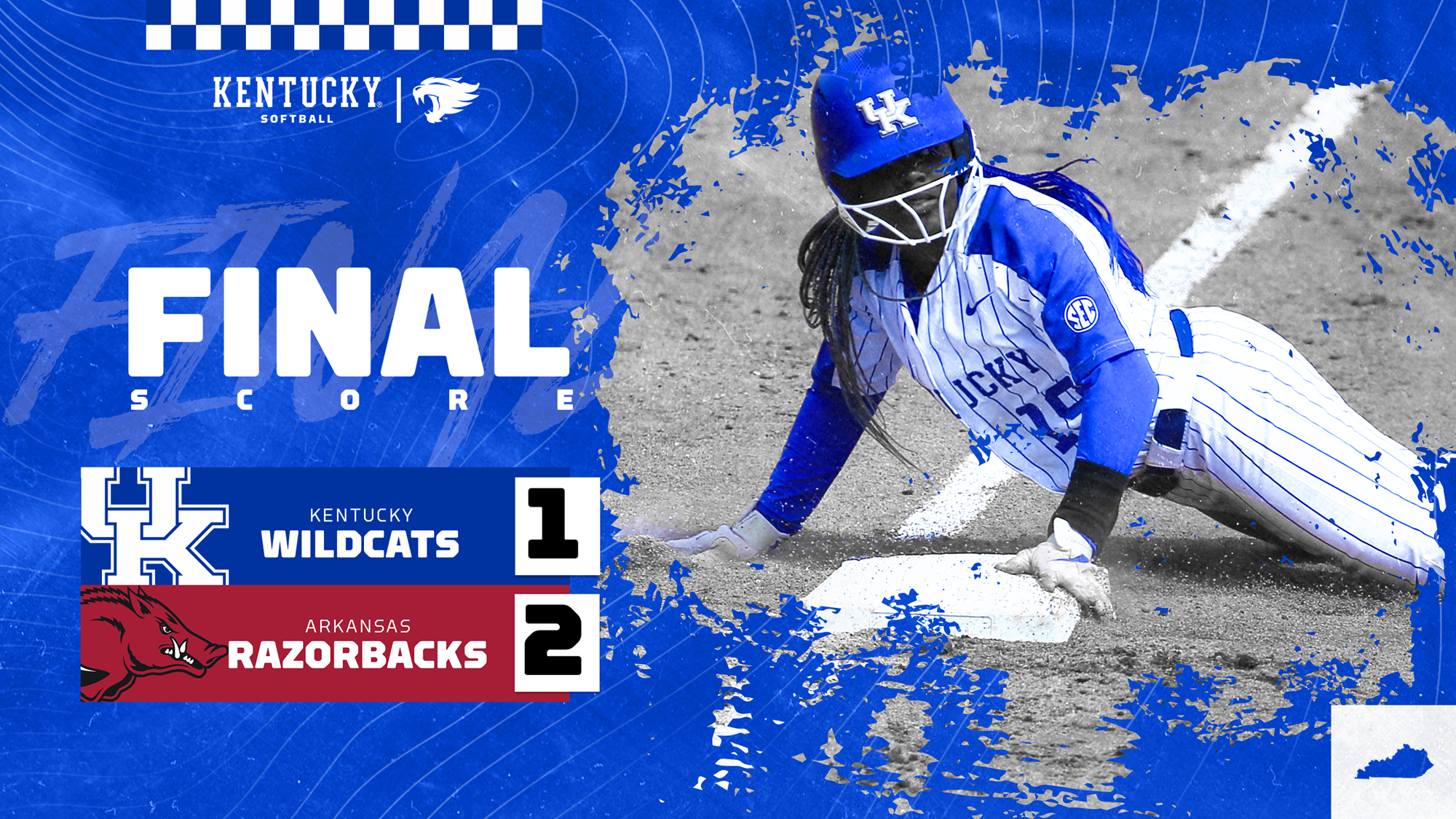 FAYETTEVILLE, Ark. – The No. 8 Kentucky Softball team went 2-for-16 with runners on base Friday and were unable to capitalize in the seventh as the bats went quiet in a 2-1 loss at No. 6 Arkansas.

With the loss, Kentucky falls to 28-10 and the Wildcats are 8-5 in the Southeastern Conference. Arkansas improves to 31-7.

Arkansas scored in the bottom of the first and fourth innings, with that being enough to win the game Friday. Kentucky tied the game on an RBI single in the third, but were unable to scratch across another run.

Game two of the series will be Saturday night at 8 p.m. ET on ESPN2. Matt Schumacker and Danielle Lawrie will have the call from Bogle Park in Arkansas.

Key Play
The key play was left fielder Hannah McEwen robbing a home run in the top of the fifth inning off the bat of Renee Abernathy, which would have given Kentucky the 3-2 lead.

Key Player
Erin Coffel was the key player in the game, the only UK player with two hits in the contest.

Run Recap
A two-out RBI double in the bottom of the first from Danielle Gibson gave Arkansas the 1-0 lead. ARK 1, UK 0

In the top of the third, UK got three hits, including an RBI single from Rylea Smith to score Kayla Kowalik. UK 1, ARK 1

A home run from Hannah Gammill won the game for the Razorbacks in the bottom of the fourth. FINAL – Arkansas 2, Kentucky 1