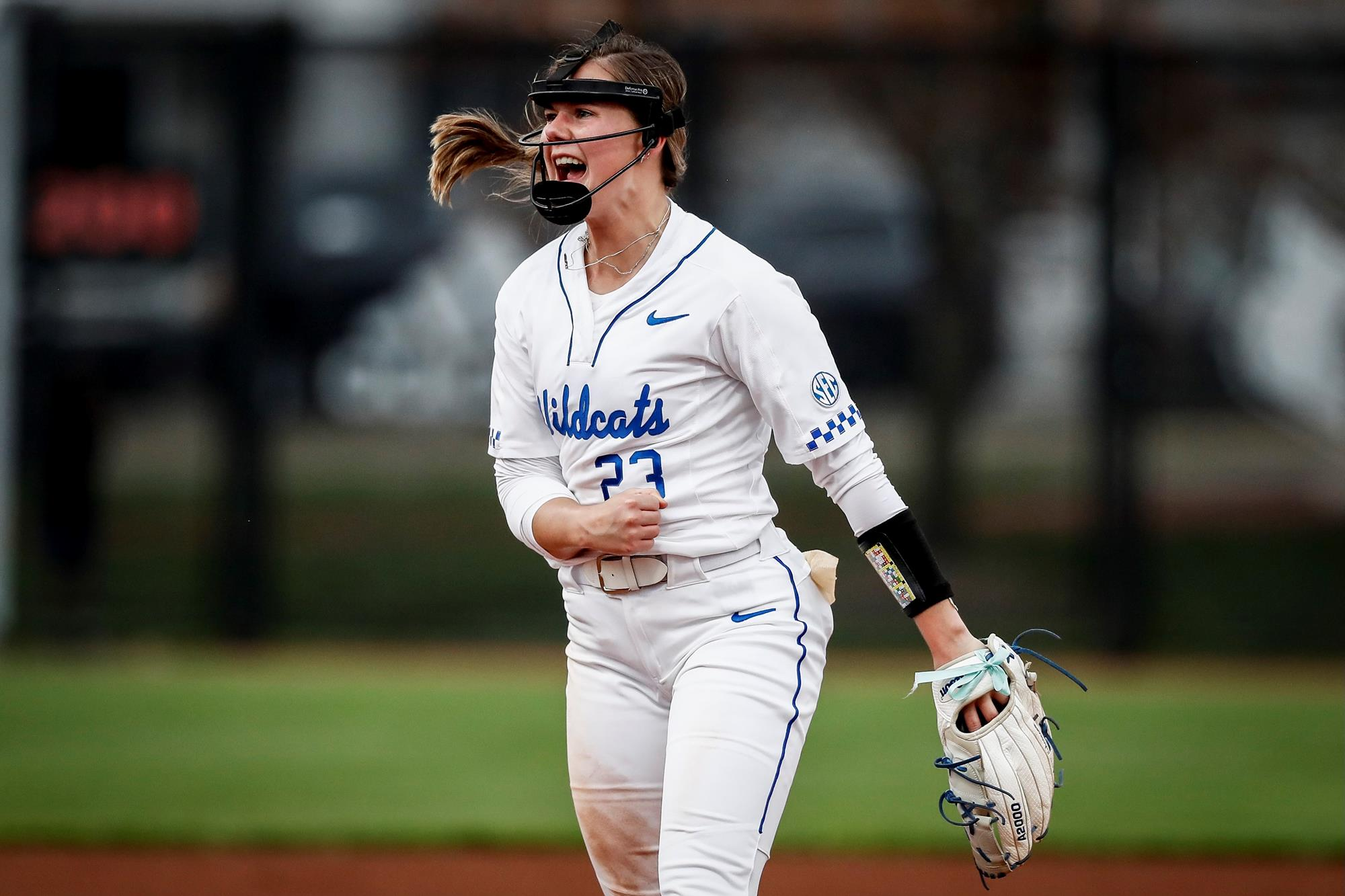 Schoonover was nothing short of sensational Tuesday night, throwing five scoreless innings and only facing two over the minimum in the game. She threw just 66 pitches in the game and struck out four batters without allowing a hit. With the win, Schoonover is now 5-2 on the season as her ERA dropped below three to 2.98.

Offensively, UK got off to a good start, putting up a five spot in the top of the first thanks to a three-run home run off the bat of Erin Coffel and a two-run blast from Taylor Ebbs. Kentucky also put up crooked numbers in the second and fourth innings to score nine runs on nine hits and run-rule the Cards.

Kentucky is now 28-9 on the season and Louisville falls to 21-17. The Wildcats next play in one of the most anticipated series of the season at No. 6 Arkansas beginning Friday night at 7 p.m. ET on the SEC Network+, ESPN+ and the ESPN app. The winner of the series is assured to be in at least a share of the SEC lead at the end of the weekend.

Key Player
Schoonover was the key player in the game as she pitched her second no-hitter of the season and the 21st no-hitter in the history of Kentucky Softball.

Key Stat
3. Kayla Kowalik scored three runs in the game, going 1-for-1 on the night with a double and two walks. Kowalik has now reached base safely in seven-straight plate appearances dating back to game two of the Ole Miss series Sunday.

Run Recap
Erin Coffel and Taylor Ebbs both went deep in the top of the first inning to put a five spot on the board to begin the game. UK 5, UL 0

In the top of the second inning, Erin Coffel and Lauren Johnson had RBI hits to put a pair on the board and make it a seven-run lead for the Wildcats. UK 7, UL 0

Coffel added a fifth RBI to the box score as she had a sac fly to score Kowalik, who led off the inning with a double. Renee Abernathy then belted her 10th home run of the season to left. FINAL – Kentucky 9, Louisville 0