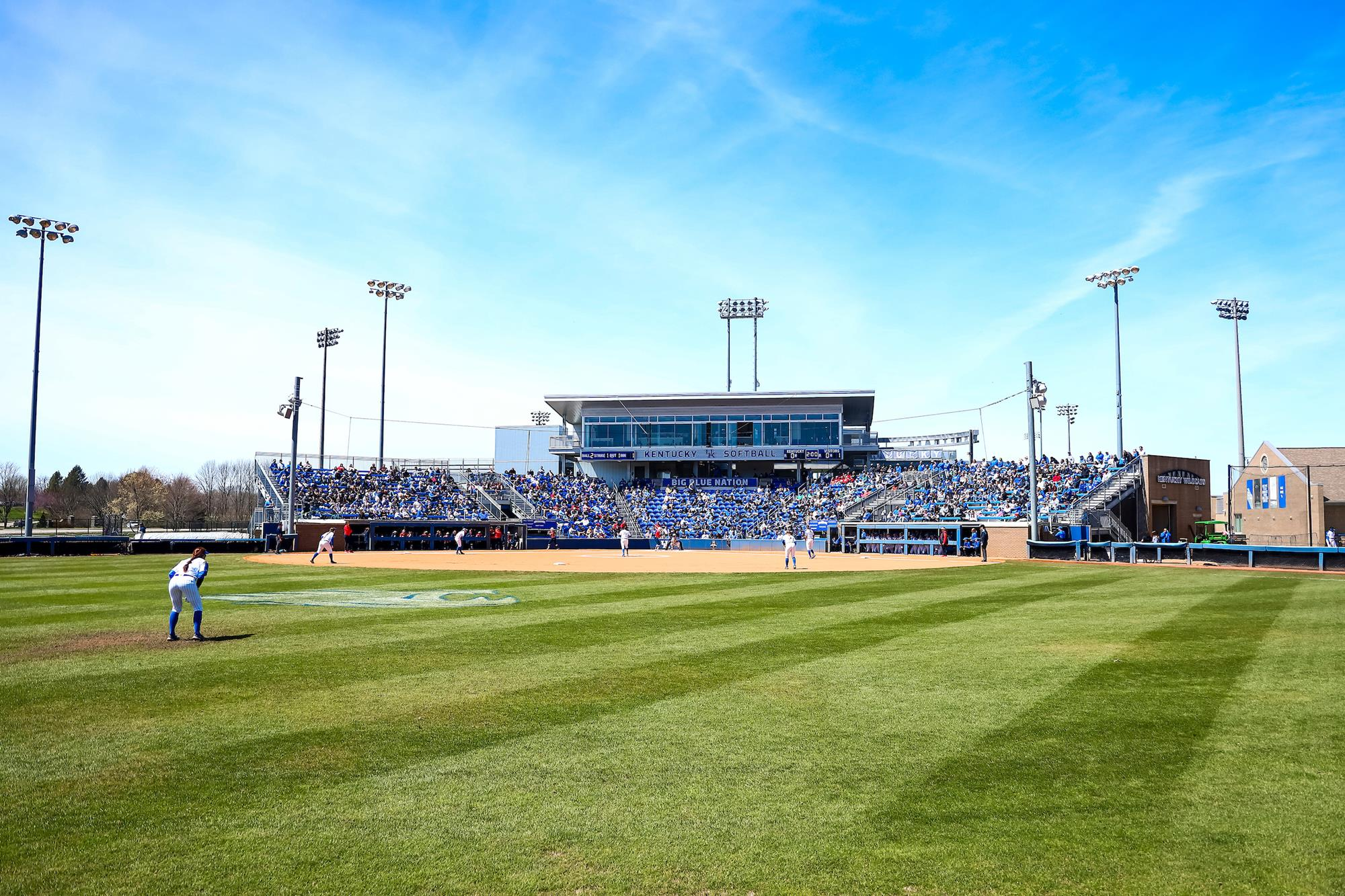 LEXINGTON, Ky. – Emmy Blane had four hits, two runs batted in and Kentucky pitching went 14.0 innings only allowing four runs as the Wildcats swept a Sunday doubleheader with Ole Miss by scores of 6-2 and 8-2 to claim the series.

Stephanie Schoonover went 6.1 innings in game one in the circle, allowing just two runs on four hits with eight strikeouts as the sophomore picked up her fourth win of the season. In game two, Alexia Lacatena pitched her second complete game of the season, allowing no walks and striking out four batters en route to her seventh win of the season.

Offensively, it was an impressive all-around showing for the Wildcats with Emmy Blane sparkling for four hits, two in each game, a pair of RBI and a run scored. Four Kentucky players hit long balls, as Renee Abernathy, Blane, Taylor Ebbs and Kayla Kowalik all went yard off the Rebels as UK outscored Ole Miss 14-4 on the day.

Kentucky with the win improves to 26-9 on the season. UK remains in the thick of the Southeastern Conference race with an 8-4 league record halfway through the SEC season. Ole Miss with Sunday’s two defeats falls to 29-11. The Rebels are 5-7 in SEC play.

UK will play at Louisville on Tuesday night at 6 p.m. ET in a rescheduled game from last week. It will be broadcasted by ACC Network Extra and tickets are available through the Louisville ticket office.

GAME 1 – Kentucky 6, Ole Miss 2
Key Play
Emmy Blane’s home run to left field in the bottom of the third inning was the key play in the game. It was her first-career SEC home run and the second of her career as a Wildcat.

Key Player
Kennedy Sullivan was the key player in the game, as she hit an RBI double down the left-field line to score a pair of runs, and also got the final two outs of the game in the circle to close out the game and even the series.

Key Stat
4. Kentucky scored four runs on four different hits in the fourth inning to open the game up.

Run Recap
In the bottom of the third, Kentucky took a 2-0 lead on the backs of home runs from Emmy Blane and Taylor Ebbs. UK 2, OM 0

Kentucky made it a six-run lead in the fourth as the Wildcats got a home run from Renee Abernathy, RBI single from Taylor Ebbs, double from Kennedy Sullivan and an RBI single by Emmy Blane. UK 6, OM 0

Ole Miss scored twice in the seventh, but Sullivan shut the door to end the game. FINAL – Kentucky 6, Ole Miss 2

GAME 2 – Kentucky 8, Ole Miss 2
Key Play
Lauren Johnson’s two-RBI triple in the bottom of the third inning was the key play in the game as it made a 2-1 game a 4-1 game in UK’s favor.

Key Player
Alexia Lacatena was the key player in the game, going the distance for just the second time this season without walking a batter and striking out four batters. Lacatena allowed seven hits, but only two runs in the game.

Key Stat
3. Kayla Kowalik had three RBI on the day, going 2-for-2 at the plate with a lead-off double and a three-run home run to LF in the bottom of the fifth inning. Kowalik now stands at .412 on the season.

Run Recap
Kentucky scored on an Erin Coffel double to score Kowalik, who led off the game with a two-bagger in the bottom of the first. UK 1, OM 0

UK doubled its lead in the bottom of the second as Meeko Harrison drove in Miranda Stoddard with a base hit into center. UK 2, OM 0

Ole Miss scratched across a run in the top of the third. UK 2, OM 1

Kentucky responded with three runs in the bottom of the third thanks to a two-run triple off the bat of Lauren Johnson and another Meeko Harrison run batted in. UK 5, OM 1

Three more runs scored for Kentucky in the fifth on a three-run home run to left off the bat of Kayla Kowalik. UK 8, OM 1

The Rebels scored in the top of the seventh on an RBI double. FINAL – Kentucky 8, Ole Miss 2