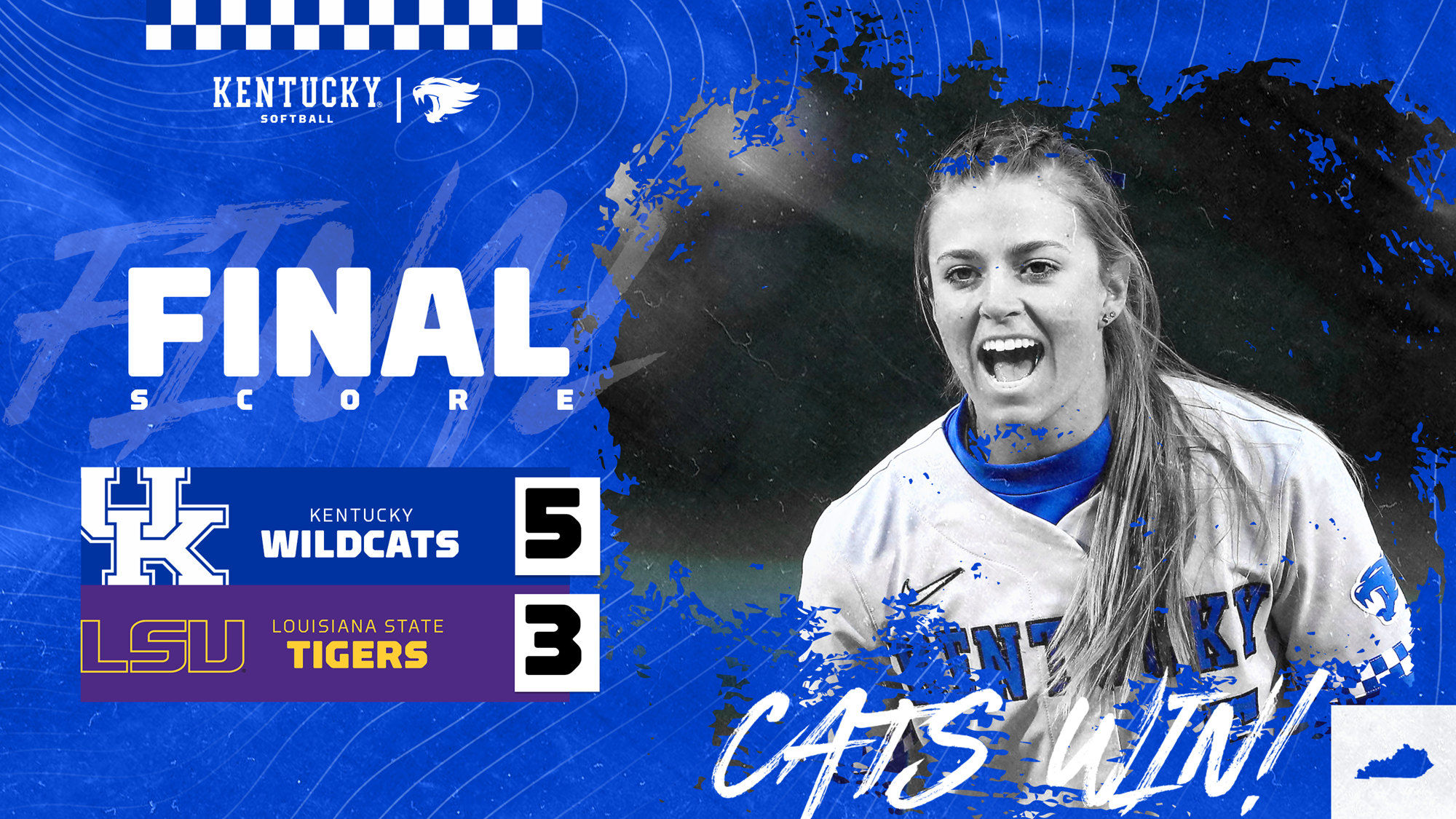 Spangler Sparkles as No. 8 Kentucky Wins Opener at No. 20 LSU

BATON ROUGE, La. – Tatum Spangler pitched a sensational 5.1 innings of relief, earning her second win of the season as the No. 8 Kentucky Softball team scored three late runs to beat No. 20 LSU in the series opener Friday night at Tiger Park.

The senior from Henderson, Nevada threw 95 pitches in the game with only one run allowed on four hits with two walks and a career-high seven strikeouts. Three of her seven strikeouts were looking, including two of one of the hottest hitters in the Southeastern Conference, Georgia Clark.

Game two of the series between UK and LSU will be Saturday at 6 p.m. ET. The game will be televised live on ESPN and the ESPN app with Courtney Lyle and former Washington All-American, Danielle Lawrie, on the call from Baton Rouge.

Offensively, four of the first five in the UK order had a hit in the contest, including two from shortstop Erin Coffel, who went 2-for-4 in the game with a home run and a lead-off single in the third.

Key Play
The key play in the game was an RBI single up the middle by Taylor Ebbs to give Kentucky a 4-3 lead in the top of the sixth inning.

Key Player
Tatum Spangler was the key player in the game, including going 5.1 innings allowing one run on four hits. At the plate, Spangler had an RBI groundout to score a run in UK’s rally in the top of the fifth.

Key Stat
The key stat in the game was seven, as Tatum Spangler struck out seven batters.

Run Recap
Erin Coffel hit a lead-off home run in the top of the first inning to put Kentucky ahead of LSU 1-0 after an inning. UK 1, LSU 0

Shelbi Sunseri hit a lead-off homer in the bottom of the second and a walk to Ciara Briggs with the bases loaded forced in the go-ahead run. LSU 2, UK 1

In the bottom of the fourth, Taylor Pleasants hit an RBI double down into right to score a run. LSU 3, UK 1

In the top of the sixth, Kayla Kowalik and Renee Abernathy led off the inning with singles to put two on with no outs. Lauren Johnson singled to score a run, followed by an RBI single from Taylor Ebbs. The go-ahead run scored on a fielder’s choice with Tatum Spangler batting. UK 4, LSU 3