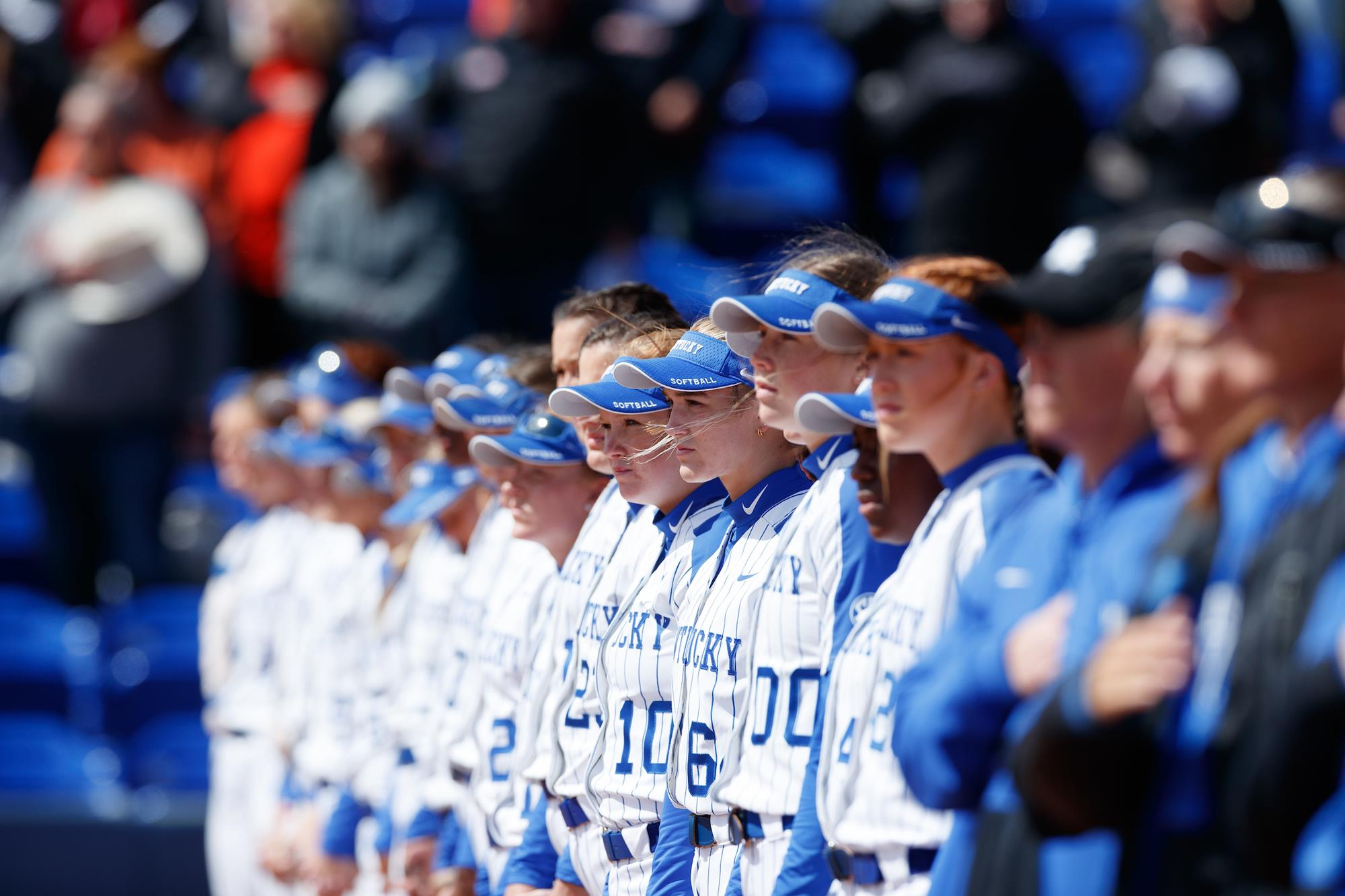 LEXINGTON, Ky. – The No. 8 Kentucky Softball team posted an uncharacteristically poor performance Tuesday night in a 3-0 loss to Ohio State.

Kentucky will play No. 22 LSU over the weekend in Baton Rouge with a 7 p.m. ET start Friday night kicking off the series. Saturday night’s game will be on ESPN with a 6 p.m. ET start time. Courtney Lyle and Danielle Lawrie will have the call Saturday night.

Kentucky was shutout for the second time this season and had just four hits in the game. Lexie Handley picked up the win in the circle for Ohio State, striking out 11 batters.

The Wildcats left six runners on base, with five in scoring position.

Key Play
The key play in the game was a two-out home run in the top of the first for the Buckeyes to give OSU the 1-0 lead, scoring the eventual game-winning run.

Key Stat
11. Kentucky had 11 strikeouts in the game.

Key Player
Tatum Spangler was the key player in the game, pitching five scoreless innings with three strikeouts. She entered the game with OSU leading 3-0 and kept the Buckeyes at three runs the rest of the night.