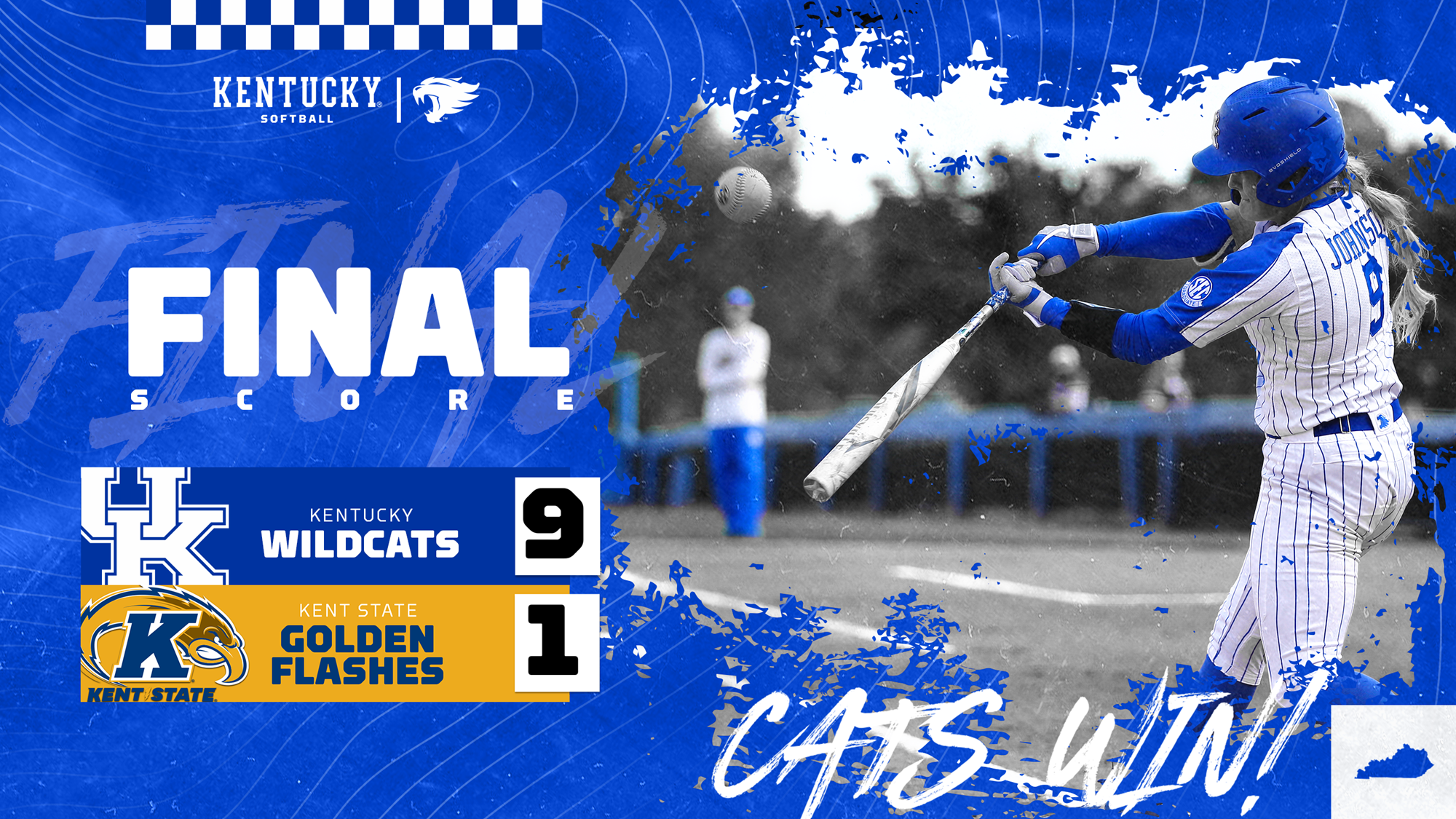 LEXINGTON, Ky. – Freshman pitcher Izzy Harrison pocketed her first-career win Saturday afternoon, going 6.0 inning with only allowing one earned run and striking out 10 batters as the No. 10 Kentucky Softball team closed out the 2022 John Cropp Classic with a 9-1 win in six innings over Kent State.

Lauren Johnson had a walk-off single in the bottom of the sixth to score Margaret Tobias as the Wildcats plated their ninth run to clinch the run-rule win. UK closes out the John Cropp Classic with a 3-1 record, sharing the tournament title with Michigan, who also went 3-1 and split with UK. Kent State finished the weekend 2-2 and Drake went 0-4.

UK improves to 16-2 on the season through the opening four weekends of play. The Wildcats have accrued wins over Arizona, Michigan, Wisconsin and Loyola-Marymount.

Kentucky will co-host the Bluegrass Classic with Louisville next weekend at John Cropp Stadium. The Wildcats will play games on Friday, Saturday and Sunday against Valpo, Buffalo and Central Michigan. All UK games will be broadcasted live on the SEC Network+, ESPN3 and the ESPN app.

Key Play
Taylor Ebbs’ lead-off home run in the bottom of the second inning was the key play in the game, as it tied the score at 1-1 after KSU had taken a 1-0 lead in the top of the second.

Key Stat
1. This was Izzy Harrison’s first win in the circle as a Kentucky Wildcats.

Key Player
Kennedy Sullivan was the key player in the game, as she started a five-run fourth inning for UK thanks to a lead-off single. Sullivan went 1-2 on the day with a single and a walk.

Taylor Ebbs hit a lead-off solo HR to center in the bottom of the second inning to tie the game. UK 1, KSU 1

In the bottom of the third, Erin Coffel dropped an RBI single into right to score Vanessa Nesby from second and Kentucky took its first lead of the game. UK 2, KSU 1

In the bottom of the fourth, Kennedy Sullivan, Renee Abernathy and Emmy Blane all had hits sandwiched around an error that allowed Ebbs to reach and UK plated five runs in the inning on three different RBI hits. UK 7, KSU 1

Kentucky added a run on an Emmy Blane RBR groundout to the right side in the fifth to score Jaci Babbs, who led off the inning with a single. UK 8, KSU 1

Lauren Johnson ended the game on a walk-off single into RF to score Margaret Tobias, who bunted and singled to lead off the bottom of the sixth. FINAL – Kentucky 9, Kent State 1 (6 innings)