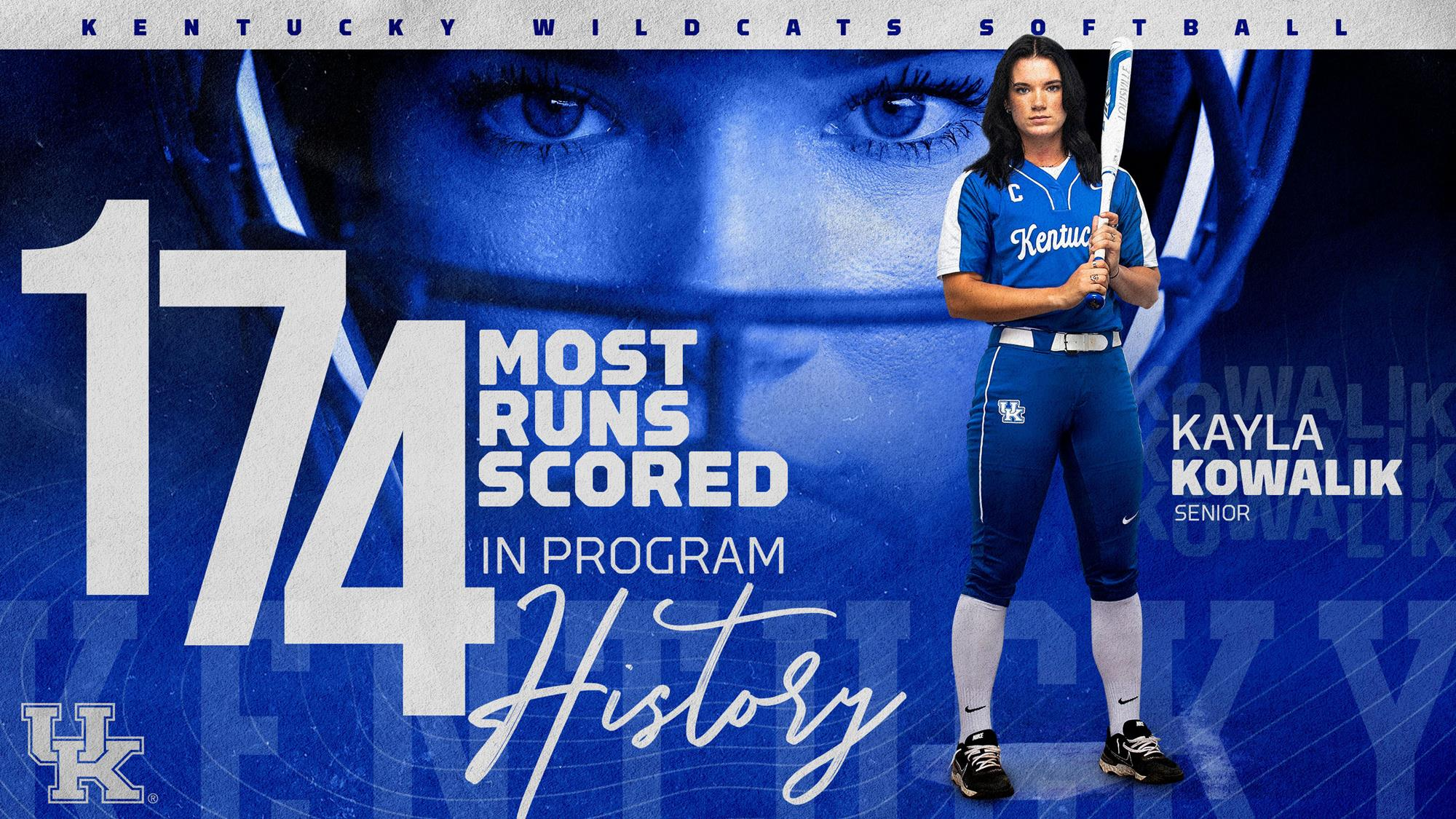 With the win Saturday, Kentucky completes a perfect 4-0 weekend at the 2022 Strikeout Cancer Classic hosted by Florida Atlantic University and improves its record on the season to 13-1.

Kentucky will host No. 16 Michigan in its 2022 home opener on Thursday night at John Cropp Stadium at 5 p.m. ET. The game will be shown on the SEC Network+, ESPN3 and the ESPN app.

Miranda Stoddard picked up the win Saturday, throwing five scoreless innings with one unearned run scoring on two hits. Stoddard walked one and struck out three.

Key Play
Emmy Blane hit her first-career home run in the top of the seventh inning, which was the key play of the game. The junior Wildcats clubbed a ball out to left center to score herself and Jaci Babbs.

Key Player
Lauren Johnson was the key player in the game, going 2-for-4 with a double and a single. Johnson now leads UK with a .533 average on the year.

Run Recap
After the Kentucky offense was four-up, four-down to start the game Taylor Ebbs and Renee Abernathy were walked on eight-straight pitches to put two runners on for UK. Emmy Blane then stepped up in the top of the second with a two-run double into the gap in left center to put the Wildcats on the board second. UK 2, LIU 0

Kayla Kowalik led off the top of the third with a double to left center, and after a Rylea Smith sacrifice bunt, Lauren Johnson doubled to left-center field to score Kowalik and break the school record for most runs scored. Erin Coffel followed with a first-pitch home run to left, her fourth HR of the weekend to increase UK’s lead to five runs. UK 5, LIU 0

An error cost the Wildcats a run in the bottom of the third on an errant throw. UK 5, LIU 1

In the top of the fourth, Hallie Mitchell laid down a perfect bunt and scored on a first-and-third play after Margret Tobias put a ball into the left side and got on base. The rundown ended with the throw coming home after Mitchell scored and Tobias took second. UK 6, LIU 1

Emma Boitnott led off the sixth with a single, and Alexia Lacatena followed with a single. Lauren Johnson singled in a run and Lacatena scored on an obstruction play at home plate. UK 8, LIU 1

Emmy Blane hit her first-career home run in the top of the seventh to score two runs. FINAL – Kentucky 10, LIU 2