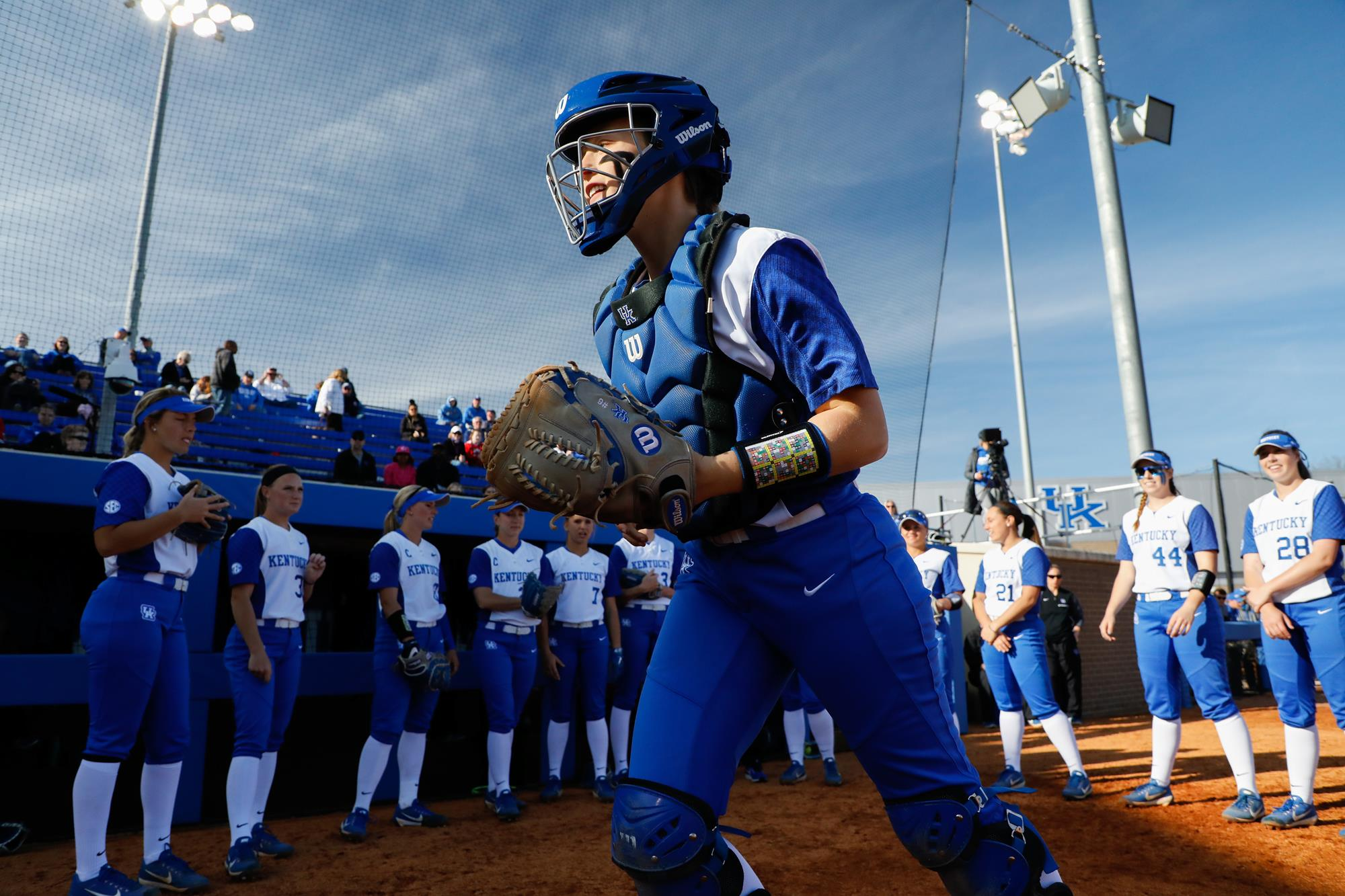 HOUSTON, Texas – Senior centerfielder Sarah Rainwater hit her first-career home run in the bottom of the eighth inning against Illinois, but it was not enough to lift the Wildcats past the Fighting Illini, or the Houston Cougars, as UK dropped both of its Opening Day matchups on Friday.

The Wildcats rallied down 3-0 entering the final three innings against Illinois, but rallied for four runs in the last frames to tie the game at 4-4 and force extra innings. In the extra innings, the tournament uses the international tiebreak rule – placing a runner on second for both teams with nobody out.

Illinois hit a home run on the first pitch of the eighth inning, and then another home run to take a 6-3 lead going into the bottom of the eighth. In the bottom half, Rainwater clubbed a home run to deep center to make it an 8-7 game, but the Wildcats left the tying run in scoring position with a popout to shortstop.

In game two, Kentucky led for a majority of the game, but costly defensive errors gave Houston a chance to rally in the sixth inning, and they took advantage of it.

Kentucky’s season will continue on Saturday at 10 a.m. ET against Sam Houston State.

Illinois 6, Kentucky 5 (Final/8)
Key Stat
1. No. 1, centerfielder Sarah Rainwater hit her first-career home run in the game to pull the Wildcats to within one.

Key Play
Kelsee Henson tied the game in the bottom of the seventh with an RBI groundout to the right side, scoring Jenny Schaper from third, who started UK’s game-tying rally in the inning.

Key Player
Abbey Cheek was the key player in the game, igniting the UK offense with her 42nd-career home run in the bottom of the fifth.

Run Recap
The Illini opened up the scoring with help from the Wildcats, as an error allowed a runner from third to score with one out. ILL 1, UK 0

The Illini doubled its lead on a solo home run from Kayla Wintergarter. ILL 2, UK 0

A lead-off double from Kianna Shurlund turned into a third run for the Illini. ILL 3, UK 0

In the bottom of the fifth, Alex Martens singled and Abbey Cheek homered to lift the UK offense. ILL 3, UK 2

In the bottom of the seventh, Kentucky scored the game-tying run on the bat of Kelsee Henson after Jenny Schaper doubled to start the rally earlier in the inning. ILL 3, UK 3

With the international tiebreak in effect, Bela Loya homered to score two, which was followed by a solo home run. ILL 6, UK 3

In the bottom of the eighth, Sarah Rainwater homered to make it 6-5. The Wildcats then got singles from Katie Reed and Jenny Schaper, but a popout ended the game. FINAL – Illinois 6, Kentucky 5

Houston 4, Kentucky 3
Key Stat
3. The Wildcats committed three errors in the game. It was UK’s first three-error game since a 10-7 loss to New Mexico State on opening day in 2018.

Key Play
The key play for Kentucky in the game was a two-run home run by Jenny Schaper in the top of the third to put UK up, 3-1.

Key Player
Lauren Johnson was the key player for Kentucky, going 2-for-3 at the plate, and leading off two innings with baserunners for UK.

Run Recap
Katie Reed doubled to lead off the third inning and came around to score on an RBI single from Abbey Cheek. UK 1, UH 0

The Cougars tied the game on an unearned run in the bottom of the third. UK 1, UH 1

Jenny Schaper lifted the first home run of her senior season to straight-away CF to make it 3-1, UK. UK 3, UH 1

Houston led off the bottom of the sixth with back-to-back singles, and both runs came around to score on a throwing error. The game-winning run scored on a single up the middle FINAL – Houston 4, Kentucky 3